Billionaire Michael Bloomberg is donating $5.5 million to the United Nations to help meet the goals of the Paris Climate Accord, Bloomberg’s charity Bloomberg Philanthropies announced Monday.

Bloomberg, a former three-term mayor of New York City, began donating to the U.N. climate change department after President Donald Trump began pulling the U.S. out of the Paris climate agreement in June 2017. (RELATED: Trump Pulled Out Of The Paris Climate Accord, But The US Is Spending Billions To Implement It)

Bloomberg, the U.N. secretary-general’s special envoy for climate action, has now taken the place of the U.S. federal government in donating to the U.N.’s climate agenda for two years.

“The United States made a promise to meet the goals outlined in the Paris Agreement – and if the federal government won’t hold up our end of the deal, then the American people must,” Bloomberg said in a statement.

“As mayors, governors, business leaders, and private citizens across the country work to ensure that we meet our climate targets, our foundation will again cover the difference in federal funding to the United Nations,” Bloomberg continued. “Together, we’re sending a loud, clear message to the rest of the world: regardless of what’s happening in Washington, we’re in this fight with you.”

Trump announced he was pulling the U.S. out of the Paris Climate Accord roughly a year after former President Barack Obama signed onto the international agreement. Trump said that, despite the agreement’s stated goals, its practical effects put the U.S. at a disadvantage relative to other countries. 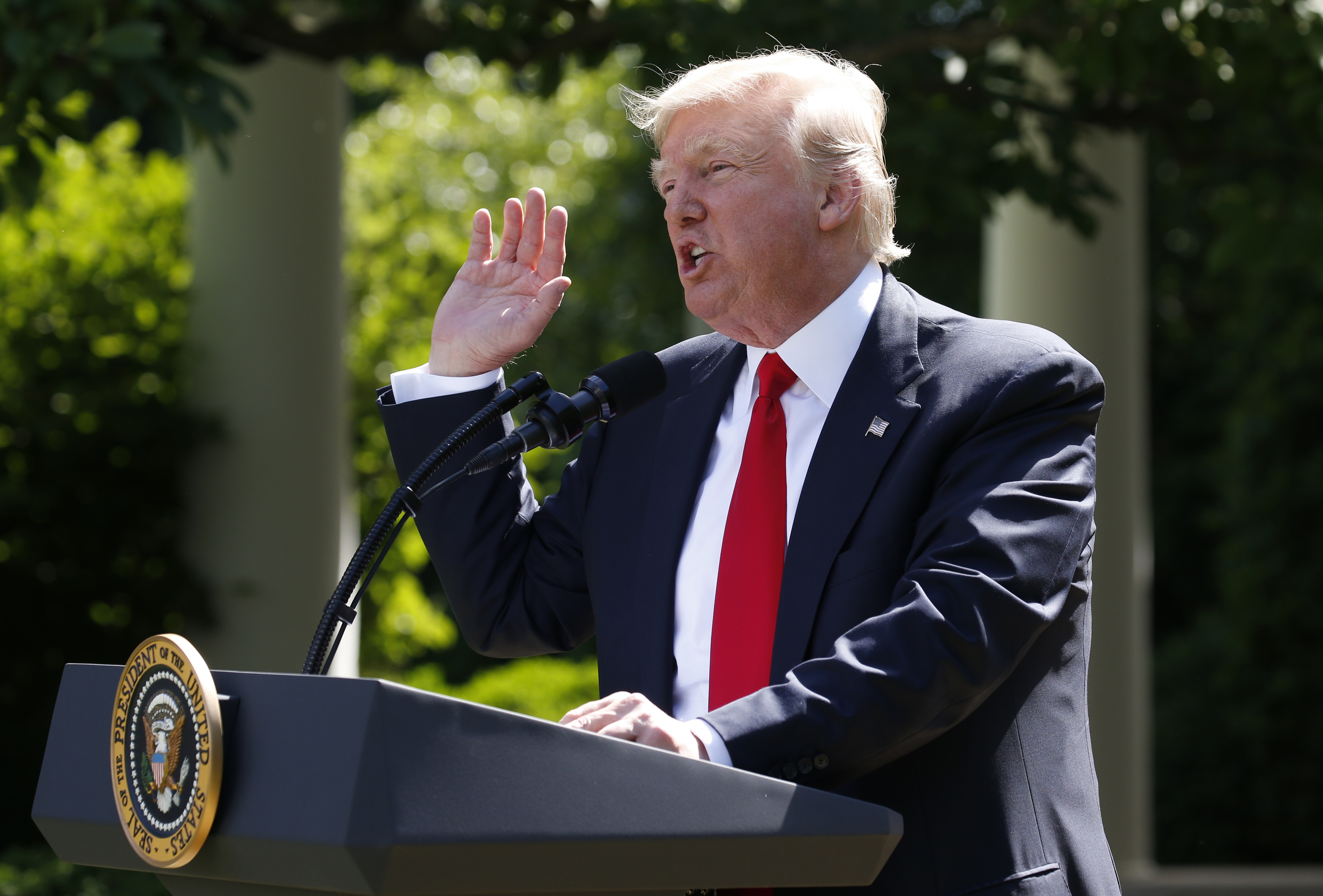 U.S. President Donald Trump announces his decision that the United States will withdraw from the Paris Climate Agreement, in the Rose Garden of the White House in Washington, U.S., June 1, 2017. REUTERS/Joshua Roberts

“This agreement is less about the climate and more about other countries gaining a financial advantage over the United States,” Trump said in a June 1, 2017, speech announcing his decision on the Paris agreement. “The agreement doesn’t eliminate coal jobs; it just transfers those jobs out of America.”