Around 50 public housing activists protested outside Notre Dame Cathedral in Paris Sunday demanding that France’s poor population gets “a roof too.”

The protest came in response to donors pledging $1 billion to rebuild the historic cathedral that was ravaged by a fire last week, according to the Associated Press.

Spearheading the fundraising drive are some of France’s most wealthy families, including luxury group LVMH CEO Bernard Arnault, who pledged $226 million, and Francois Pinault, the majority shareholder for Kering, who promised $113 million. (RELATED: Walt Disney Company To Donate $5 Million To Notre Dame Rebuild) 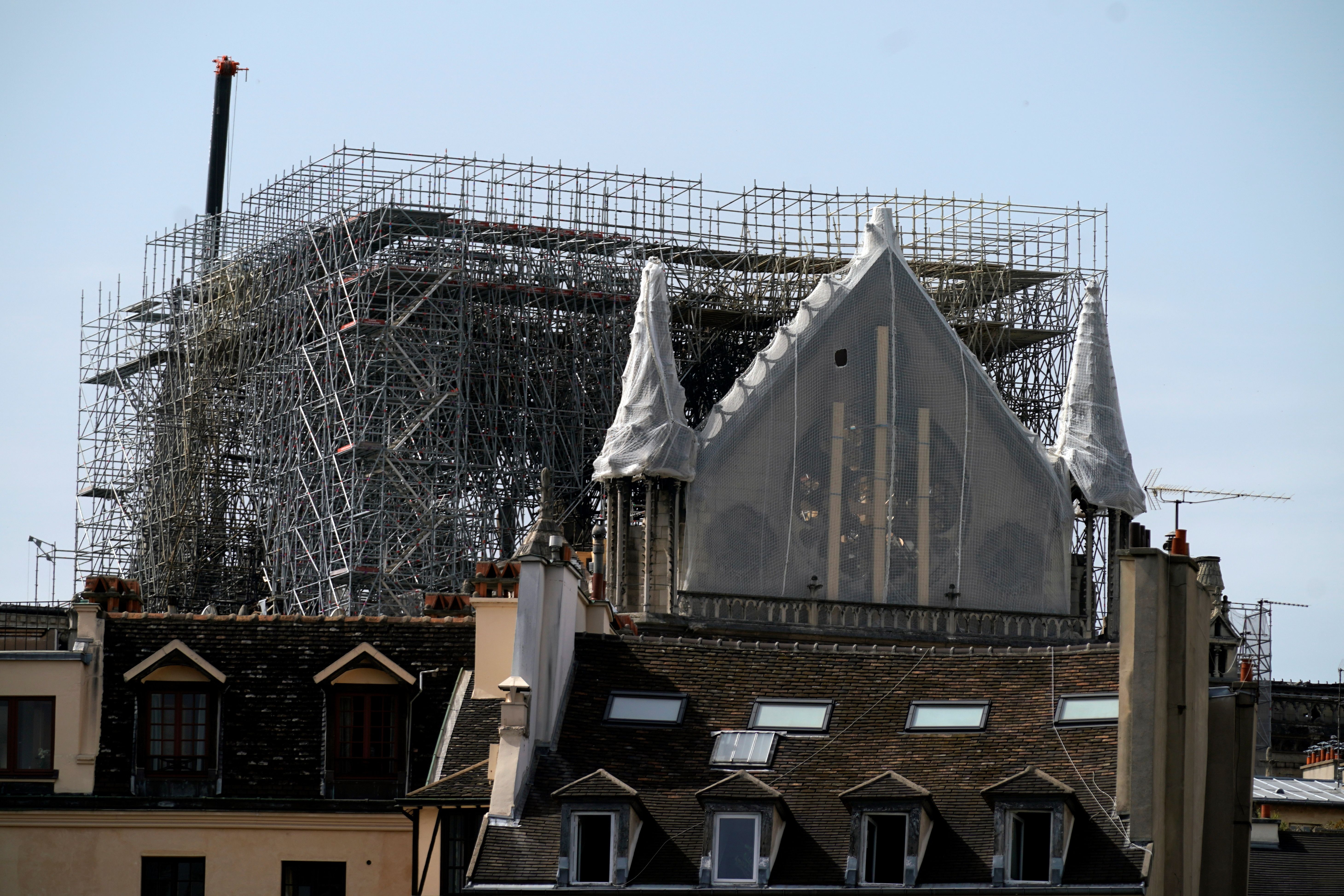 The Rosette of Notre-Dame de Paris Cathedral in Paris on April 22, 2019, is covered with protective material, seven days after a fire devastated the cathedral. (LIONEL BONAVENTURE/AFP/Getty Images)

The activists, belonging to a French homeless association, held signs that read, “[$]1 billion in 24 hours” and “[$] 1 billion for Notre Dame! Zero for homeless.” Some chanted slogans directed at the French billionaires, while others demanded, “Notre Dame needs a roof. We need a roof, too!”

“We are here … to somewhat denounce these billionaires who show off by funding Notre Dame’s rebuilding,” said Jean-Baptiste Eyraut, the spokesman for the Right To Housing association.

Lasting several hours, Paris police monitored the peaceful protest outside the cathedral but did not intervene. (RELATED: Can The Glory Of Notre Dame Be Restored? Or Will It Be Vandalized)

Following Easter Mass on Sunday, Paris Archbishop Michel Aupetit encouraged authorities to “rethink the whole island and make a place for the poor.” He added, “The poor and the homeless are at home here (in Notre Dame) … They can always go and get warm in a church and they know they won’t be kicked out.”

The billionaires’ funding for the cathedral fueled clashing between yellow vest protesters and riot police on Saturday. In what was a largely peaceful protest, radical protesters set fire to multiple vehicles and threw stones and flares, which led to police using a water cannon and tear gas to control the crowd. (RELATED: Anti-Macron Riots Descend Into Chaos As  Rival Yellow Vest Groups Do Battle)

Tear gas is thrown as weekend 23 of yellow vest protests begin in Paris.

It’s the first set of protests since the #NotreDame fire.