Moulton, 40, will compete with Democratic Massachusetts Sen. Elizabeth Warren in the Democratic primary. He will also stand in contrast to former Republican Massachusetts Gov. Bill Weld, who is challenging President Donald Trump in the GOP primary.

The congressman has served Massachusetts’ 6th Congressional District since 2015 and is known for opposing Democratic California Rep. Nancy Pelosi as Speaker of the House after the 2018 midterm elections. Moulton eventually voted for Pelosi after top Democrats agreed to term limits for their leadership positions, reported WBUR.

Moulton detailed his decision to join the Marine Corps in 2001 and his tough first congressional race against a Democratic incumbent in his campaign video.

Moulton earned a degree in physics from Harvard University in 2001. He returned to the institution after four tours in Iraq to earn a master’s degrees in business and public policy at the Harvard Business School and Harvard’s John F. Kennedy School of Government, reported MassLive. 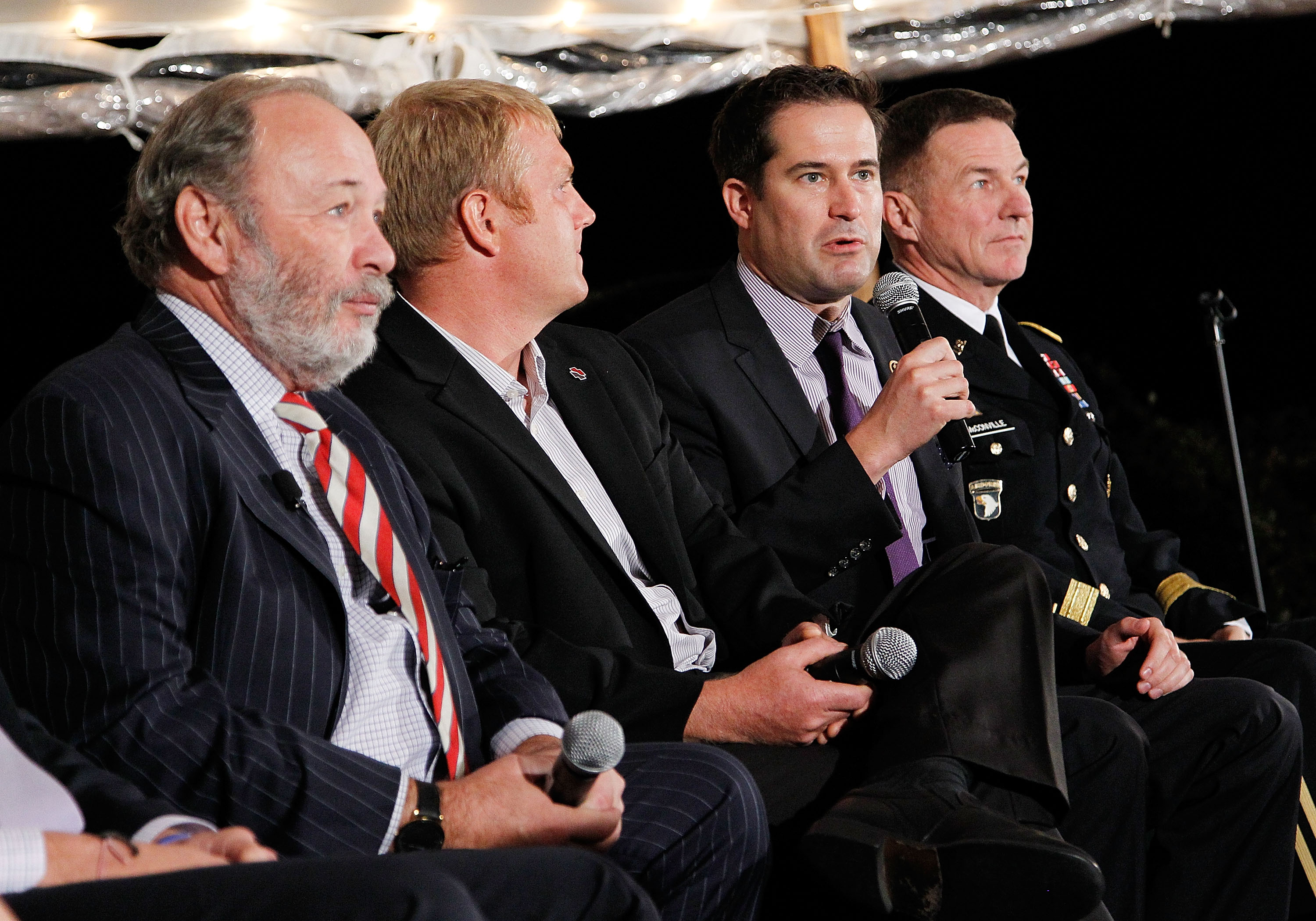 Rep. Seth Moulton speaks at a panel discussion during the Washington D.C. book party for Joe Klein’s “Charlie Mike” at the Residence of Franco Nuschese on October 21, 2015 in Washington, DC. (Photo by Paul Morigi/Getty Images for TIME)

Moulton may struggle to differentiate himself from some of the other Democratic candidates already in the 2020 race. Democratic Ohio Rep. Tim Ryan has also positioned himself against Pelosi and at 45, is around Moulton’s age. Moulton has also been compared to media darling and 2020 hopeful Mayor Pete Buttigieg of South Bend, Indiana.

Buttigieg, 37, is also a veteran with an Ivy League background.