While French authorities have already ruled out arson, the catastrophic fire that engulfed the cathedral of Notre-Dame de Paris on the Monday of Holy Week sparked widespread concern about deliberate acts of desecration against other irreplaceable houses of worship in France.

The executive director of a watchdog group that monitors discrimination against Christians in Europe described the alarming increase of church vandalism in France, in an interview with The Daily Caller. She also expressed concern at the government and media response to such incidents. (RELATED: Cavuto Hangs Up On Bill Donohue After He Links Notre Dame Fire To Recent Paris Church Attacks)

Ellen Fantini, of the Vienna-based Observatory on Intolerance and Discrimination Against Christians in Europe, confirmed to the Caller that acts of church vandalism have indeed risen in recent years in what was once the heart of Christendom. 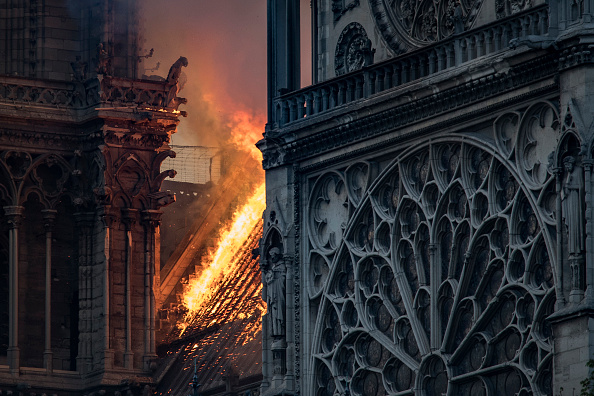 Flames and smoke are seen billowing from the roof at Notre-Dame Cathedral in Paris on April 15, 2019. (Photo by THOMAS SAMSON/AFP/Getty Images)

The Observatory’s latest annual report compiled short descriptions of more than 500 reported anti-Christian incidents throughout Europe in 2016 and 2017. The examples of intolerance and discrimination range from social and legal pressure to explicit violence and aggression. The section on France spans 13 pages, more than any other country. (RELATED: Irish Lecturer Slaughtered In France For ‘Insulting Muhammad’)

France saw more than 2,000 “anti-Christian” acts in 2017 and 2018, according to official figures from the French Ministry of the Interior. “The Ministry did not specify what those ‘acts’ were,” Fantini said, adding that the Ministry told a fact-checking website that “they did not want to provide details ‘to prevent them from being manipulated.'”

“In previous years,” she added, “the Ministry was more forthcoming about the nature of the acts [of vandalism].”

The Ministry did specify that, in 2018, about 100 of these acts were violent acts against people. The rest were directed toward Christian sites, such as churches and cemeteries. Even so, Fantini explained, the remaining figure represents a 252% rise since 2008. (RELATED: Nathan Phillips And Other Protesters Storm DC Basilica, Demand Punishment For Covington Boys) 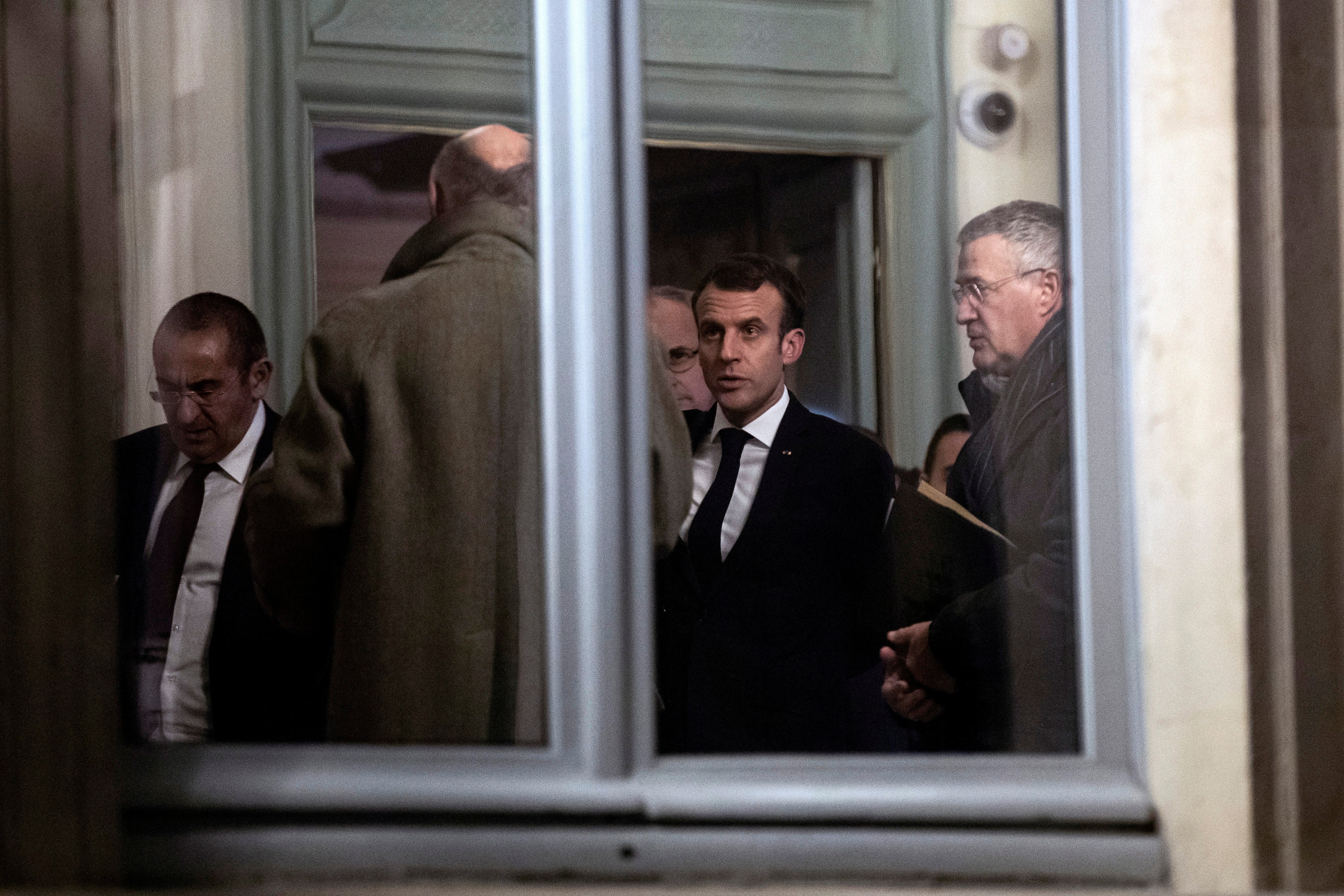 Fantini also expressed disappointment at the relatively tight-lipped response from many media outlets in France and elsewhere. “The French media has been largely silent about these things until the spate of attacks on churches in the beginning of the year came to light,” she said, adding that “the first three months of 2019 have been the worst since the French Observatoire de la Christianophobie began tracking incidents.” (RELATED: French Leaders Demand Muslims Denounce Anti-Christian And Anti-Jewish Verses In Quran)

Vandals allegedly profaned at least four French churches in Nîmes, Lavaur, Houilles and Dijon during one week in February alone, according to local press. The acts reportedly included damaging statues and other icons, desecrating altars and even smearing feces on the wall in the shape of a cross.

“In Lavaur and Houilles, the criminals only attacked objects and statues,” La Croix International reported. “[B]ut in Nîmes and Dijon, they opened the tabernacle and threw the eucharist.” Bishop Roland Minnerath performed a penitential rite and a Mass of Reparation at the Church of Notre-Dame of Dijon to cleanse the church of the sacrilege.

March was even worse than February, Fantini said.

“The trend of increased attacks on French churches has been mostly ignored,” Fantini maintained. “And when attacks are reported, they are often described in a way that downplays or ignores the nature of the attacks.” She mentioned in particular a March 17 Reuters article with the headline, “Paris’ historic Saint-Sulpice church briefly catches fire, nobody hurt.” (RELATED: Father Of Christian Woman Killed In ISIS Captivity Disgusted To Find Out Pompeo Stripped Of ‘Hostage Freedom Award’)

The second-largest church in Paris after Notre-Dame Cathedral, Saint-Sulpice suffered over $1 million in damages when a fire broke out March 17 after a Sunday Mass. Fantini criticized the fact that Reuters has yet to update its story to include that investigators have since ruled the blaze to have been set intentionally, as reported by Courrier International. Reuters did not respond to the Caller’s request for an explanation.

Another prominent act of vandalism that took place in March occurred in the Seine-Saint-Denis, a suburb northeast of Paris in which illegal migrants make up a fifth of the population, according to a 2018 parliamentary report. The Basilica of Saint-Denis, which entombs nearly every French king from the 10th to the 18th centuries, suffered extensive damage to its organ and stained-glass windows when a Pakistani migrant allegedly broke in and smashed them.

Le Parisien reports that the man, who had been in France for two months and faces other vandalism charges, does not speak French and claims not to understand the French legal system as he awaits his next trial in May.

Fantini noted the spike in vandalism from 2012, when 543 Christian sites were attacked, to 2015, when the number rose to 808. In 2016, the toll climbed to 949. Nevertheless, Fantini is reticent to speculate on a possible statistical correlation to the migrant crisis of those intervening years, because the data simply does not exist to draw a well-informed conclusion. (REPORT: ISIS Gloats Over Notre Dame’s Destruction)

“Most of the time we don’t know who the perpetrators are. They rarely leave a ‘calling card’ or graffiti tag the way they do in other countries. So, for example, in Spain we often see leftist, anarchist, and feminist graffiti on churches. In France, we don’t see that as much.”

“The French media and official reports often don’t identify the perpetrators of these attacks,” Fantini said, adding, “I think by looking at the official figures over time, French officials need to be asking questions about why the acts against Christian sites continue to rise. Further, the lack of transparency about the figures, as compared to the detailed breakdowns relating to attacks on other religions, send the message that attacks on Christians and Christian sites is not important.” 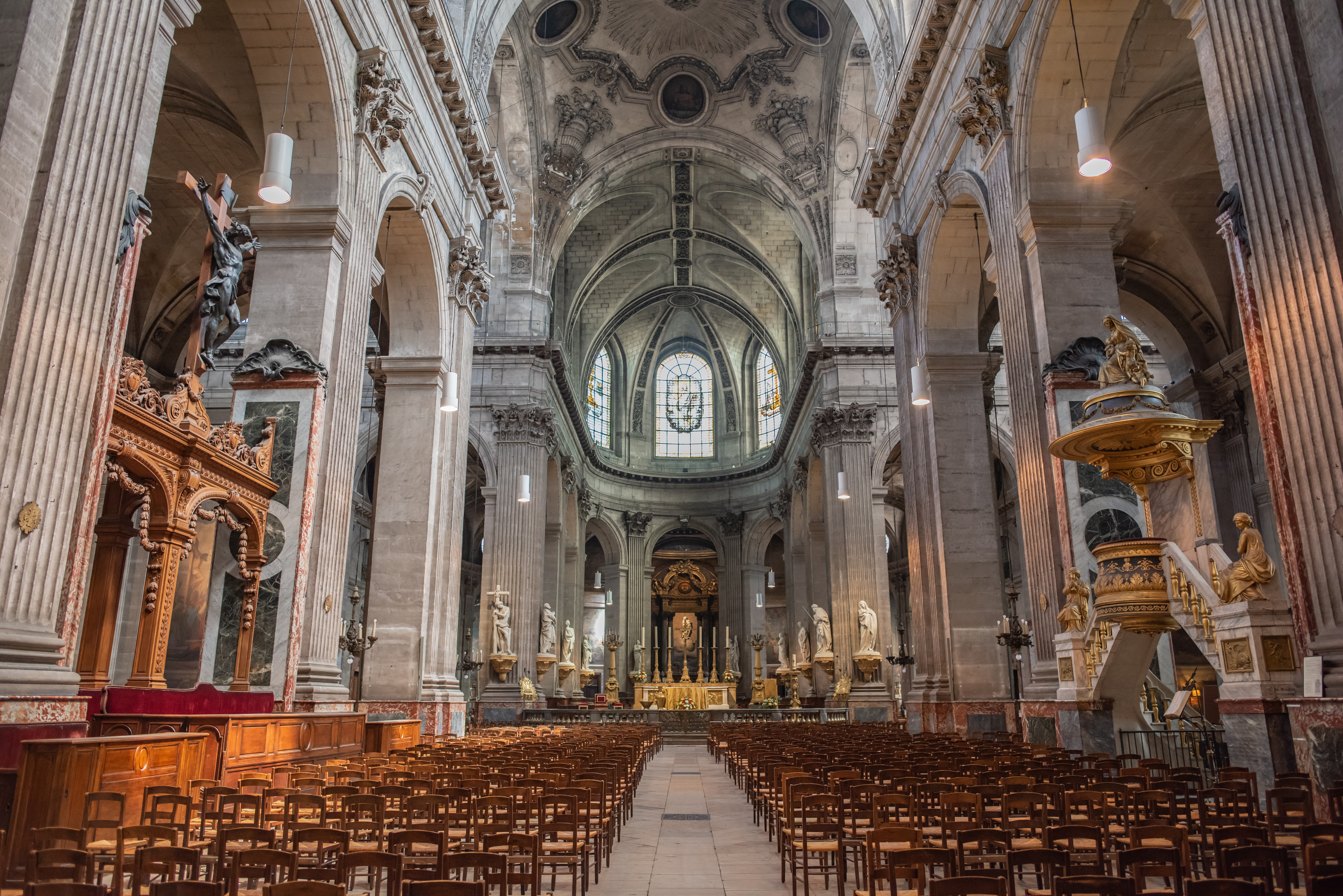 The interior of the famous and historic Saint-Sulpice church, located in the Saint-Germain-des-Prés neighborhood (Page Light Studios/Shutterstock)

Though she commended French National Assembly members Philippe Gosselin and Annie Genevard for initiating a parliamentary inquiry to learn more about what is behind the attacks, Fantini called on government authorities to do more — not just in France, but throughout Europe. The Caller reached out to the French embassy to ask how their government plans to address these issues, but did not receive comment.

“For Europe generally, it is hard to say [if acts of church vandalism are increasing], because we don’t have official figures. Anecdotally, based on my organization’s work, I can say it seems that it is increasing across Europe.” (RELATED: Trump Reportedly Asks World Leaders In The Oval Office What They Do To Protect Christians)

“I would say the same posture is true throughout Europe, that is: attacks on minority religions are rightly addressed and condemned, while attacks on Christian sites are largely ignored by officials. This also manifests itself in practical terms: scarce government resources are used to protect religious sites and if Christian sites are seen as less vulnerable, they are not protected,” Fantini said. 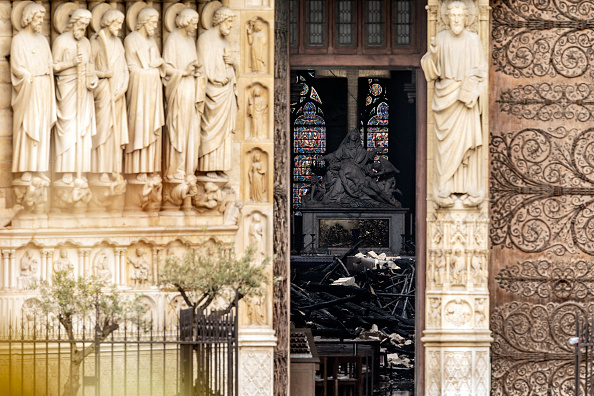 PARIS, FRANCE – APRIL 16: The interior of the Notre-Dame Cathedral is seen through a doorway following a major fire on April 16, 2019 in Paris, France. (Photo by Dan Kitwood/Getty Images)

Regarding what awaits Christians in Europe in the coming years, Fantini reflected soberly, “I think the problem of vandalism and destruction of Christian sites is a visible symptom, but not the only problem Christians face in Europe. As in the United States and elsewhere, Christians in Europe also face discrimination and hostility based on their religious beliefs. Interference with rights of conscience, association and expression are also problems here.” (RELATED: Why Does Pete Buttigieg Think Mike Pence Has A ‘Problem’ With Him Being Gay?)

She added, “I don’t see the situation for Christians in Europe, including France, improving until those fundamental rights are protected for everyone in a meaningful way.”