The Google senior software engineer who called Sen. Marsha Blackburn a “terrorist” on an email listserv last year stood by his remarks in another email on the same listserv.

“As for the Blackburn stuff, I stand by what I said,” Blake Lemoine said on February 10 in one of several emails obtained exclusively by The Daily Caller.

“I think that while what I said about Blackburn was hyperbolic but not hyperbolic misrepresentation,” his email continued. “It was an exaggeration of a position which she, in fact, had. She was threatening to hurt more people if Google didn’t do what she wanted Google to do.”

The initial discussion pertained to an op-ed Blackburn wrote for Fox News last year before she was elected to the Senate with the title, “It’s time to remind Silicon Valley that no one is ‘too big to regulate.'”

Lemoine also defended his remarks by pointing to her support for the SESTA/FOSTA bill aimed at combating prostitution online, which Sen. Blackburn supported, along with 97 senators and 387 other congressmen. “She doesn’t care if women die as a consequence of her actions,” Lemoine said on the listserv at the time. (RELATED: Applause At Google’s All-Hands Meeting As Company Drops Heritage Foundation President)

Blackburn brought up Lemoine’s initial remark characterizing her as a terrorist at a hearing earlier this month in the Senate Judiciary Committee’s subcommittee on the Constitution.

After the initial email was published by Breitbart in October of last year, Lemoine defended himself in a Medium post, in which he said:

…My statements in that social media forum were made in my personal capacity and have no relevance to my job or the company for which I work. They do, however, have something to do with my role as a priest and I can assure you that while those beliefs have no impact on how I do my job at Google they are central to how I do my job at the Church of Our Lady Magdalene.

One of the other leaders of the cult is High Priestess Kitty Stryker, who describes herself as “an active member of the genderqueer feminist art collective, the NorCal Degenerates” and, in messages with the Daily Caller, as an “ex-sex worker” who has performed in several pornographic movies. 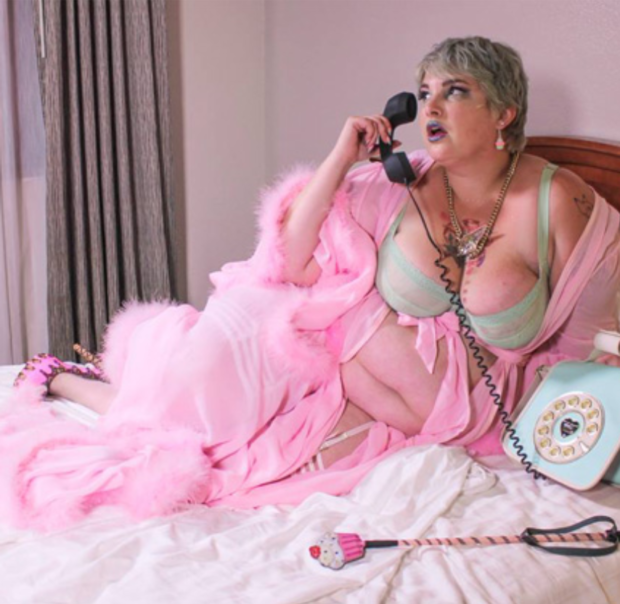 The Degenderettes are responsible for an art exhibition at the San Francisco Public Library that some criticized for inciting violence. It included axes, baseball bats covered in barbed wire, and riot shields with the slogan, “Die Cis Scum.”

The Daily Caller reached out via the cult’s Facebook page to ask how their beliefs informed his decision to call a sitting member of congress a terrorist. Lemoine replied:

I have been a priest for 17 years. I generally consider myself a gnostic Christian. I have at various times associated myself with the Discordian Society, The Church of the Subgenius, the Ordo Templi Orientis, a Wiccan circle here or there and a very long time ago the Roman Catholic Church. My legal ordination is through the Universal Life Church. I am registered to perform marriages in the state of Louisiana and have done so on two occasions. The Cult of Our Lady Magdalene has a set of values which are clearly communicated on our website.

Lemoine denied COOL Magdalene was a sex cult, “‘Cult’ is in the name of the organization. It’s an explicitly sex-positive organization. To the extent that the phrase ‘sex cult’ has any meaning beyond that, I would say no. Now it is then.”

One of the goals of COOL Magdalene is to encourage “self-actualization” among its members. According to Stryker, Sen. Blackburn stood in the way of that by voting for SESTA. “As an ex-sex worker who has found FOSTA/SESTA negatively impacted my ability to run my own business or be employed elsewhere, yes, she does [impede self-actualization],” Stryker said. (RELATED: Documents Detailing Google’s News ‘Blacklist’ Show Manual Manipulation Of Special Search Results)

The cult’s namesake Mary Magdalene, according to the gospels, was among the first to discover the empty tomb of Jesus. In the Gospel of John, Magdalene brings Sts. Peter and John to see the tomb themselves. In Christian tradition, she is a revered figure above all because she was a repentant sinner, a goal somewhat at odds with “self-actualization.”

Lemoine does not consider the cult’s use of Mary Magdalene a misappropriation of Christian culture, historical record notwithstanding.