The world’s first malaria vaccine is rolling out to 360,000 children in three African countries in the coming year, with vaccinations beginning in the southeastern African nation of Malawi.

The World Health Organization (WHO) announced the launch of  a “landmark” pilot program in a press release Tuesday.

“We have seen tremendous gains from bed nets and other measures to control malaria in the last 15 years, but progress has stalled and even reversed in some areas. We need new solutions to get the malaria response back on track, and this vaccine gives us a promising tool to get there,” WHO Director-General Dr. Tedros Adhanom Ghebreyesus said in a statement. “The malaria vaccine has the potential to save tens of thousands of children’s lives.” 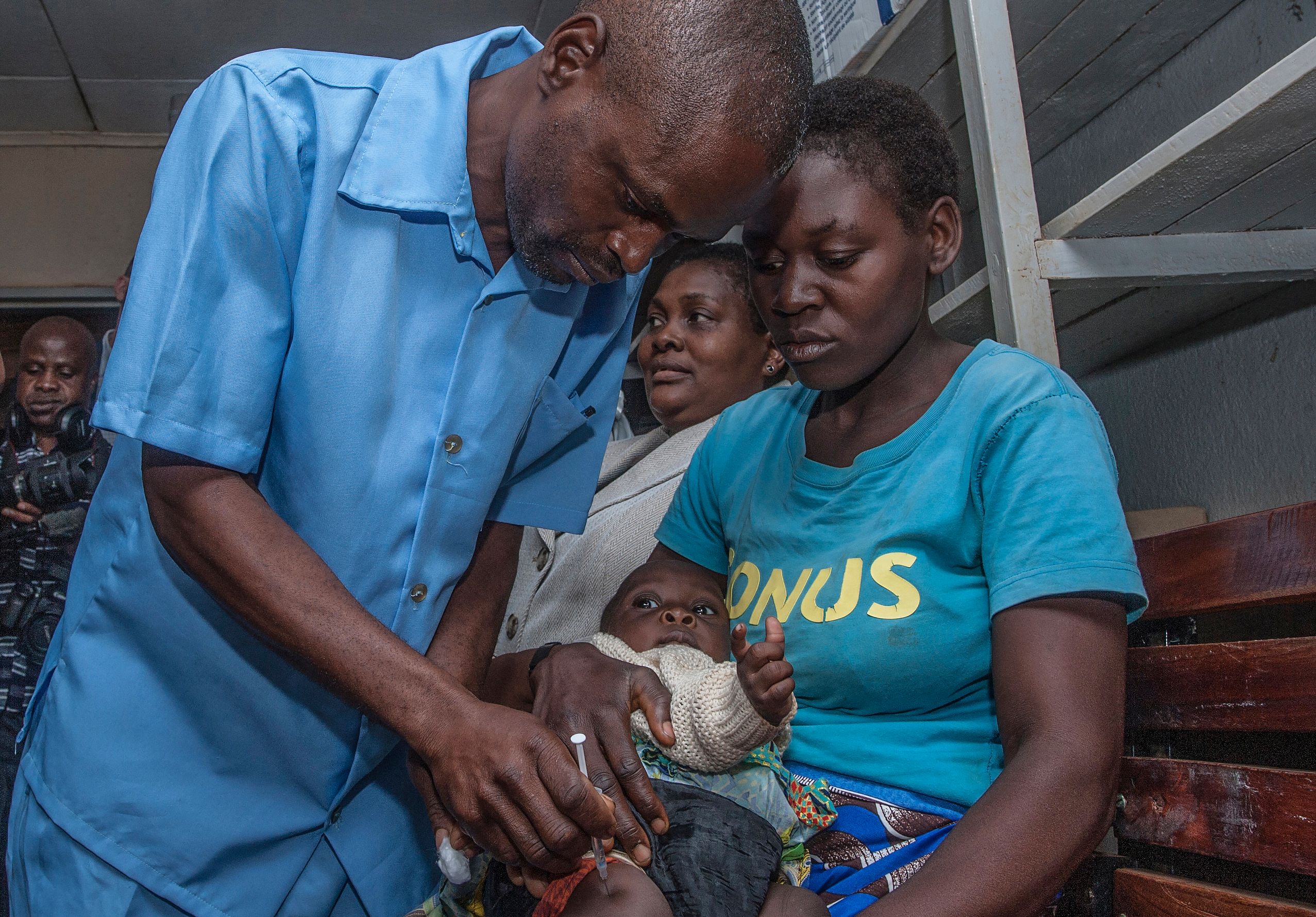 A Health Surveillance Assistant gives a dose of the Malaria Vaccine into the first recipient on April 23, 2019 at Mitundu Community hospital in Malawi’s capital district of Lilongwe on the first day of the Malaria vaccine implementation pilot program in Malawi aiming to immunize 120,000 children aged two years and under to assess the effectiveness of the pilot vaccine and whether the delivery process is feasible. (AMOS GUMULIRA/AFP/Getty Images)

Ghana and Kenya are the other two countries that will take part in the pilot program.

Malaria is “one of the world’s leading killers” and takes the life of one child every two minutes, according to the WHO. More than 250,000 African children die of the disease every year.

The program’s partners include United Kingdom-based drug manufacturer GlaxoSmithKline, which developed the vaccine and is donating up to 10 million doses.

The WHO had announced the vaccine in 2017.

“Lots of vaccines that we give to babies and children require multiple doses, and like those routine childhood vaccines, this one can be delivered where health systems are relatively strong. But we need to keep working on even better, next-generation vaccines that require fewer doses, because we see the most malaria in remote areas where health care systems are weak or nonexistent,” Dr. Christopher Plowe, an expert in malaria research at the University of Maryland, told The Daily Caller News Foundation in 2017.