“We can investigate Trump without drafting [impeachment] articles,” Pelosi said on a Monday call with House Democrats, Politico reported. “We aren’t going to go faster, we are going to go as fast as the facts take us,” she added.

“It is also important to know that the facts regarding holding the President accountable can be gained outside of impeachment hearings,” Pelosi wrote in a letter to House Democrats, according to Politico. (RELATED: Mueller Report: Trump’s Effort To Prevent Public Release Of Information About Trump Meeting Was NOT Obstruction) 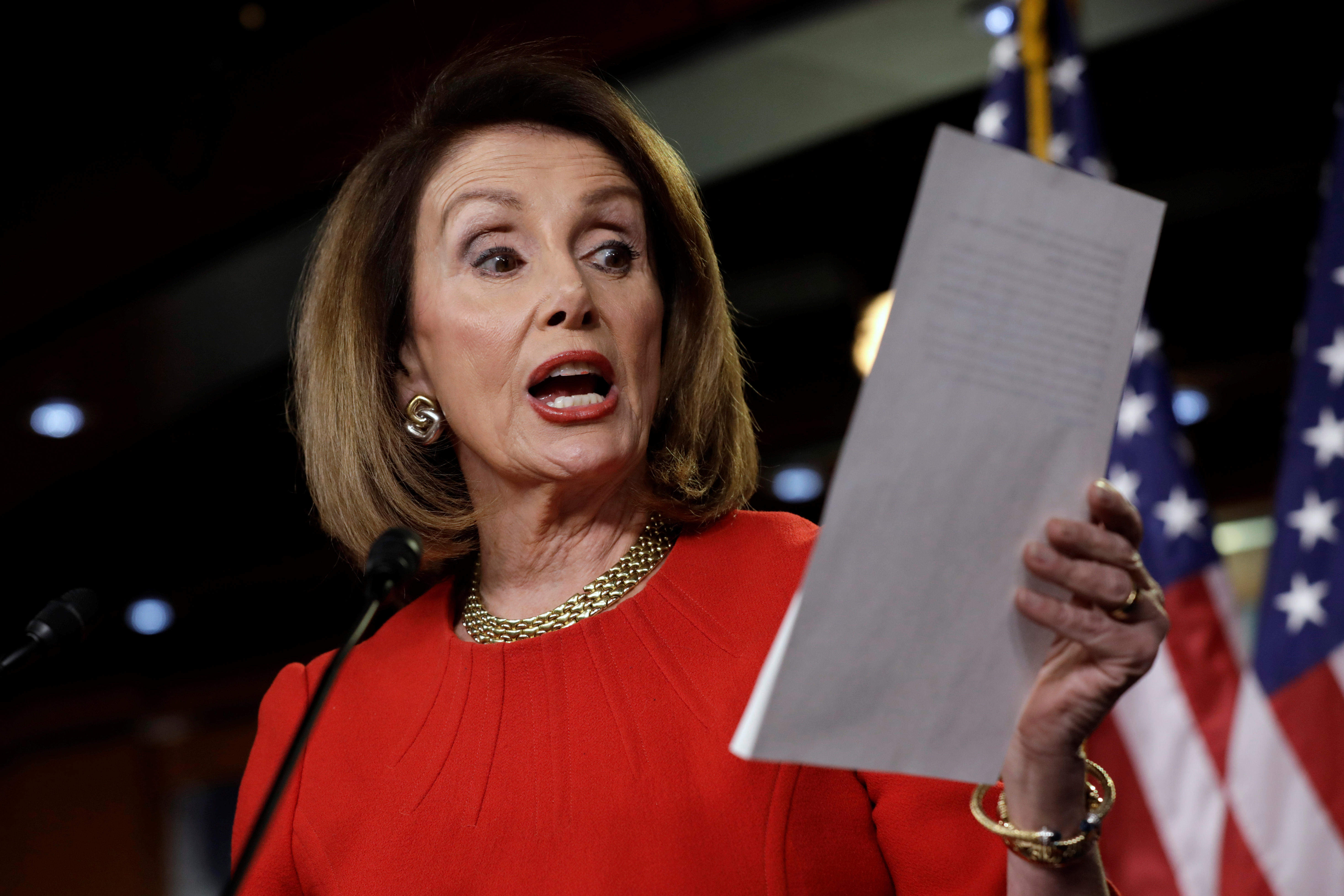 Pelosi’s remarks come amid marked division among Democrats about whether to push for Trump’s impeachment. Democratic Massachusetts Sen. Elizabeth Warren has been a vocal advocate of impeachment, and other Democrats have agreed.

“We are struggling to justify why we aren’t beginning impeachment proceedings … and while I understand we need to see the full report and all supporting documents, I believe we have enough evidence now,” Democratic Florida Rep. Val Demings said Monday, according to Politico. “Mueller didn’t do us any favors,” Demings also said, adding that Mueller “left us bread crumbs to follow,” Politico reported.

Other Democrats, including several presidential candidates, aren’t sold on impeachment.

“It is appalling some of the things that were going on,” Klobuchar said at Monday night’s CNN town hall, dodging a definitive answer about whether she supports impeachment. “We need to have hearings in both the House and the Senate … The impeachment proceedings are up to the House,” Klobuchar added.

Bernie also said at his Monday town hall that Congress shouldn’t focus all of its energy on impeachment efforts in lieu of addressing more important issues like a minimum living wage, climate change and healthcare reform.

Other Democrats, including House Majority Leader Steny Hoyer, have pushed back on impeachment proceedings. “Based on what we have seen to date, going forward on impeachment is not worthwhile at this point,” Hoyer said April 18 after the report dropped.

Only high crimes and misdemeanors can lead to impeachment. There were no crimes by me (No Collusion, No Obstruction), so you can’t impeach. It was the Democrats that committed the crimes, not your Republican President! Tables are finally turning on the Witch Hunt!