The terrorists who carried out the Sri Lanka Easter bombings were likely acting in “retaliation” for a New Zealand mosque shooting in March, Sri Lanka’s government said according to The Wall Street Journal.

“The preliminary investigations have revealed that what happened in Sri Lanka [on Sunday] was in retaliation for the attack against Muslims in Christchurch,” Sri Lankan defense minister Ruwan Wijewardene told parliament, according to The New Indian Express. Wijewardene did not explain the allegation further or describe the nature of the evidence, WSJ reports.

The Sri Lankan government suspects a local jihadist cell, National Thowheeth Jamath (NTJ), of coordinating an attack by seven suicide bombers on a number of Christian churches and hotels across the country on Easter Sunday. The attacks killed around 300 people and left more than 500 injured.

The New Zealand terror attack is the deadliest in the nation’s history.

Sri Lankan government officials suspect, because of the complexity of the Easter attack, that NTJ was assisted by outside terror organizations. Sri Lankan intelligence agencies received several warnings about NJT prior to the attack but failed to act. 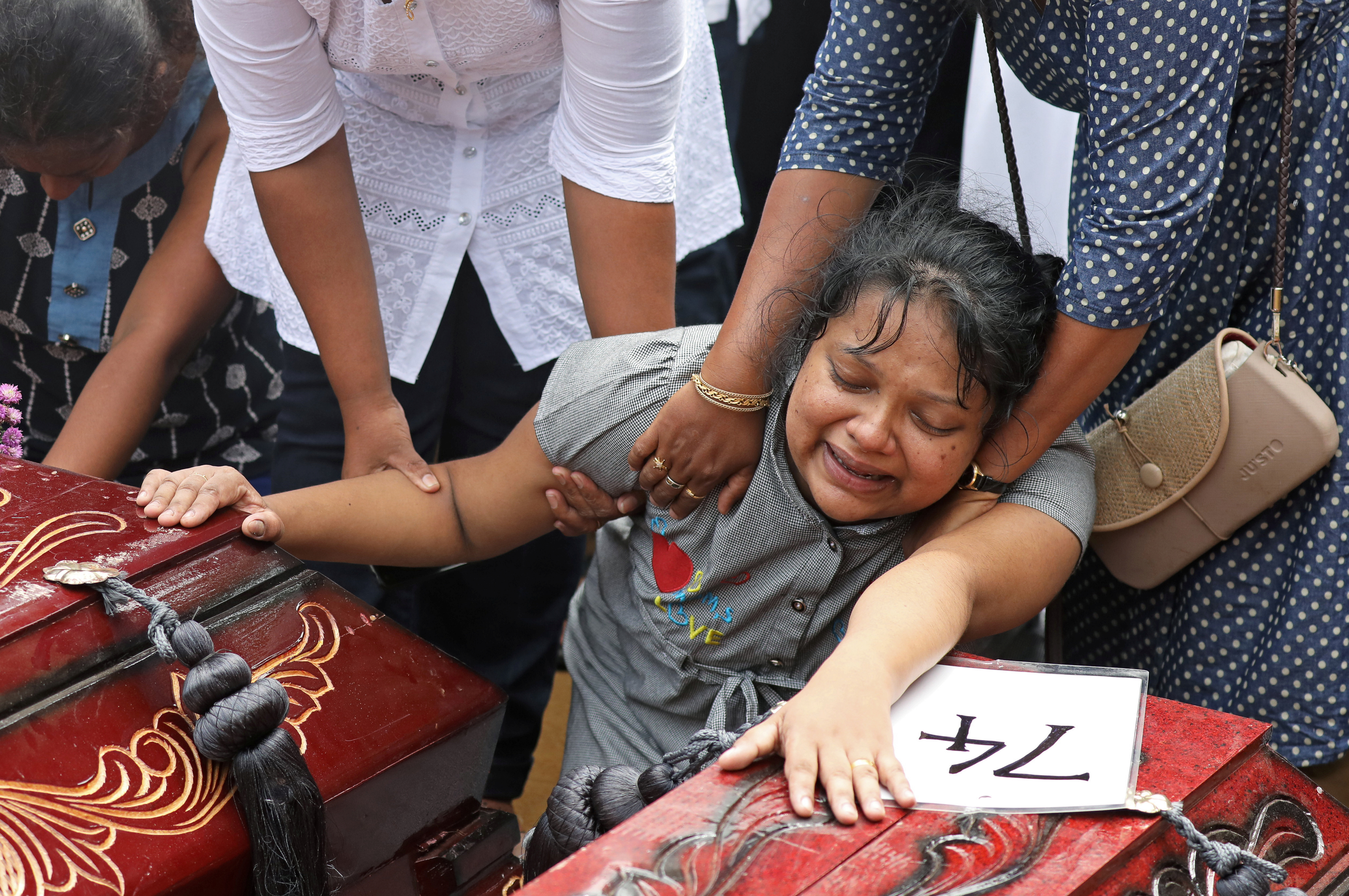 A woman reacts next to two coffins during a mass burial of victims, two days after a string of suicide bomb attacks on churches and luxury hotels across the island on Easter Sunday, at a cemetery near St. Sebastian Church in Negombo, Sri Lanka April 23, 2019. REUTERS/Athit Perawongmetha

“We saw the warnings and we saw the details given,” Sri Lankan Health Minister Rajitha Senaratne admitted afterward. “We are very very sorry, as a government we have to say — we have to apologize to the families and the institutions about this incident.”

Sri Lanka President Maithripala Sirisena has invoked wartime powers and tasked the country’s military with arresting anyone suspected of plotting with or aiding the terrorists that carried out the attack.