A Wisconsin woman pleaded guilty Monday to recruiting for the Islamic State on Facebook after signing a plea deal in March, authorities said.

Dais reportedly provided step by step details on how to create an explosive belt, TNT and a recipe for the poison Ricin.

“Remember Boston Marathon bombing?” Dais asked a user on Facebook, according to the plea deal she signed, reported The NYT. The user was an undercover FBI agent. “It was very easy to make. All it needs is a pressure cooker, shrapnel and explosives. Join my channel and research.”

Dais’s sentencing is set for Sept. 12. She faces a maximum of 20 years in prison, supervised release for life and fines up to $250,000, according to the Department of Justice. (RELATED: Wisconsin Woman Charged With Hacking Social Media To Spread ISIS Propaganda)

“From her home in Cudahy, Dais promoted ISIS’s hateful, violent agenda and provided detailed instructions on how to harm innocent people,” U.S. Attorney Matthew D. Krueger of the Eastern District of Wisconsin said in a Monday statement. “This case underscores the need to remain vigilant in our efforts to identify, disrupt, and bring to justice those who would provide material support to terrorism, whether abroad or in our community. The Department of Justice is committed to protecting national security as our first priority.” 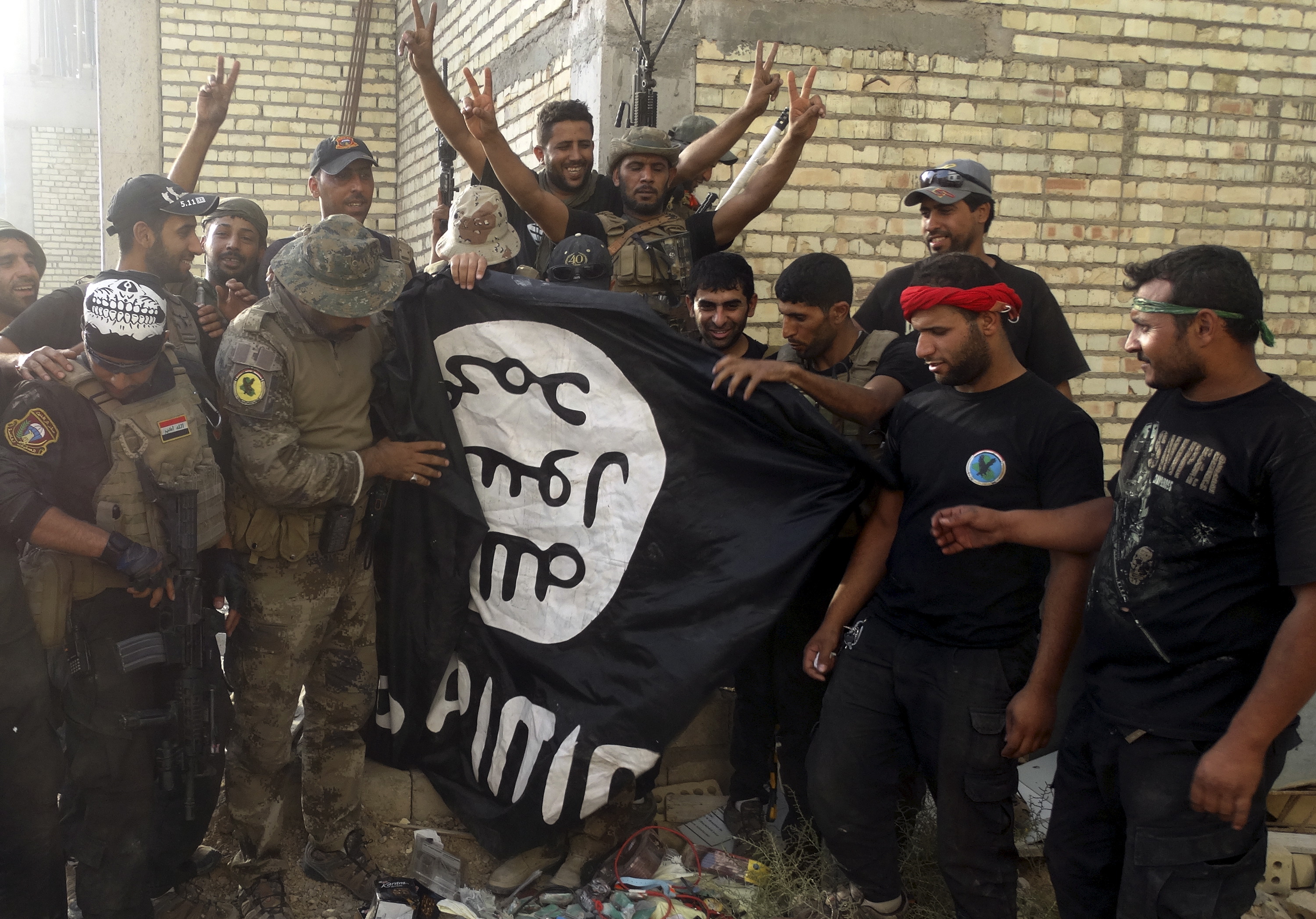 Iraqi security forces stand with an Islamist State flag which they pulled down at the University of Anbar, in Anbar province July 26, 2015. REUTERS/Stringer

The FBI’s Acting Special Agent in Charge Michelle Sutphin of the Milwaukee Field Office said that protecting Americans from terrorists is the FBI’s highest priority.

“We are dedicated to working around the clock, here in Wisconsin, with our Joint Terrorism Task Force (JTTF) partners at the local, state and federal level to keep our community safe from those seeking to provide support and resources to a known foreign terrorist organization,” Sutphin said in a statement.