Young Republican and Democrat voters are united in their dissatisfaction with older politicians and overwhelmingly believe the country is heading in the wrong moral direction.

Those were some of the findings of the new Spring 2019 Harvard IOP Youth Poll, which was released Monday in anticipation of Tuesday’s “youth-focused” CNN town halls featuring a number of 2020 Democratic presidential contenders, including South Bend Indiana Mayor Pete Buttigieg, and Sens. Kamala Harris of California, Amy Klobuchar of Minnesota, Bernie Sanders of Vermont and Elizabeth Warren of Massachusetts. 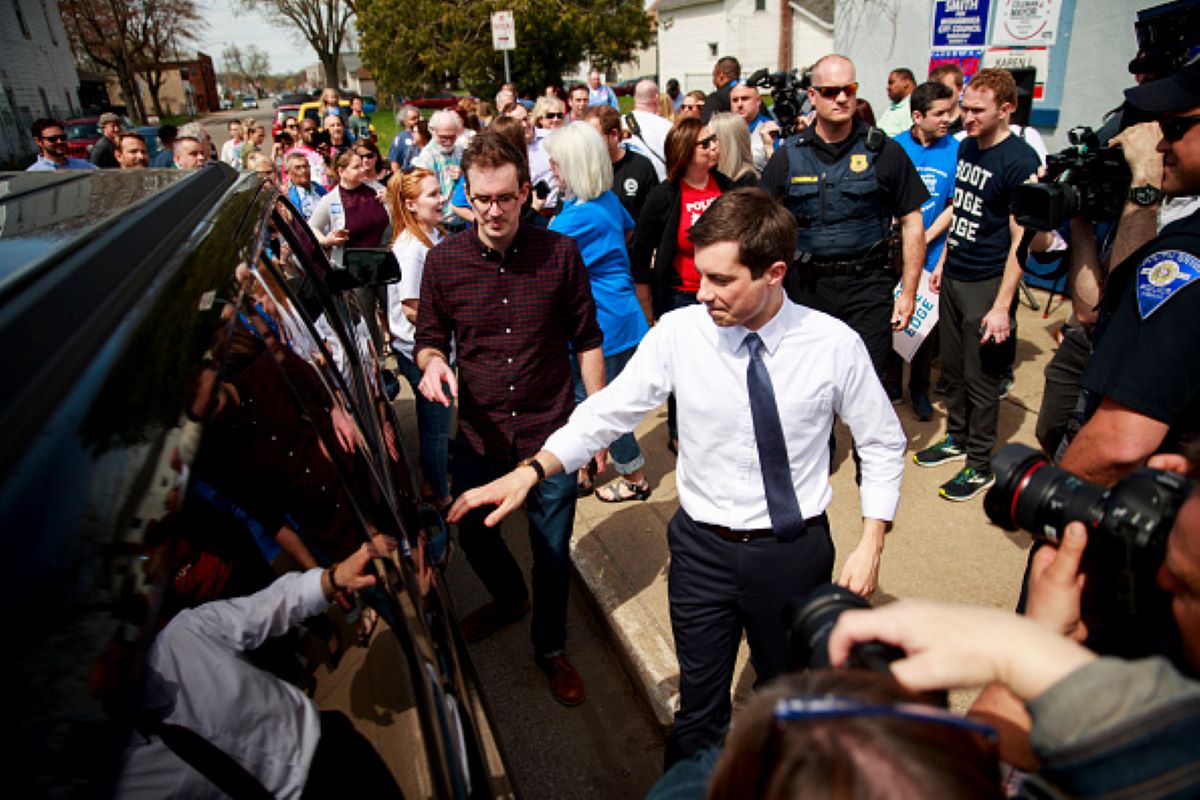 The crowd of supporters stood inside, and after a few minutes Buttigieg exited, and was whisked away. (Photo by Jeremy Hogan/SOPA Images/LightRocket via Getty Images)

The results found that young voters are more energized and politically engaged for 2020 than in 2016. Forty-three percent of 18-29-year-olds, for example, said they were likely to vote in their state’s primary, a 7 percent increase from 2015.

The poll also found that “The 2020 electorate is shaping up to be more progressive than 2016 on a range of social and economic policy related issues, including on health care, poverty, and trade policy.”

Since 2015, the number of younger voters who agreed with the statement, “government should do more to curb climate change, even at the expense of economic growth” rose a whopping 14 percent to 46 percent agreement. Disagreement for that statement dropped seven points, now standing at 16 percent.

A full 34 percent of respondents also think “protecting the environment” should be incorporated as a top goal of U.S. foreign policy.

Among Republican young voters, the poll found that they are more conservative, particularly on key social issues, than their older counterparts.

On immigration, close to half (48 percent) of young Republicans said new immigrants did more harm than good to the country, 9 points higher than the party as a whole.

Based on the results, young Republicans and Democrats seem to be more ideologically extreme than their older party leaders.

Another commonality between young Republicans and Democrats are their shared disdain for older policymakers between ages 55 and 73 or “Baby Boomers.”

Only 16 percent of young voters agree with the statement, “elected officials who are part of the Baby Boomer generation care about people like me.” (RELATED: Which Stock Photo Of These Millennials Is The Most Annoying?)

The results were aggregated by Ipsos Public Affairs using the ‘Knowledge Panel Calibration approach,’ which interviewed respondents between March 8 and March 20, 2019. The margin of error for the total sample is +/- 2.64 percentage points with 95 percent confidence. More on the methodology can be found here.