“Rep. Ocasio-Cortez is correct, the [Department of Veterans Affairs] is not broken, it is doing great. But that is only because of the Trump Administration. We got Veterans Choice [and] Accountability passed,” Trump wrote on Twitter Wednesday along with the quote “President Trump deserves a lot of credit” from Dan Caldwell of Concerned Veterans of America.

Rep. Alexandria Ocasio-Cortez is correct, the VA is not broken, it is doing great. But that is only because of the Trump Administration. We got Veterans Choice & Accountability passed. “President Trump deserves a lot of credit.” Dan Caldwell, Concerned Veterans of America

Caldwell had appeared on Fox News Wednesday morning to react to Ocasio-Cortez’s application of the phrase “If it ain’t broke, don’t fix it” to the VA during a town hall in her district earlier in April. (RELATED: Trump And Washington Post Reporter Have Twitter Tiff Over Who Called Whom First)

Ocasio-Cortez said the VA provides “some of the highest quality” health care to veterans at the town hall, reported The Washington Examiner. 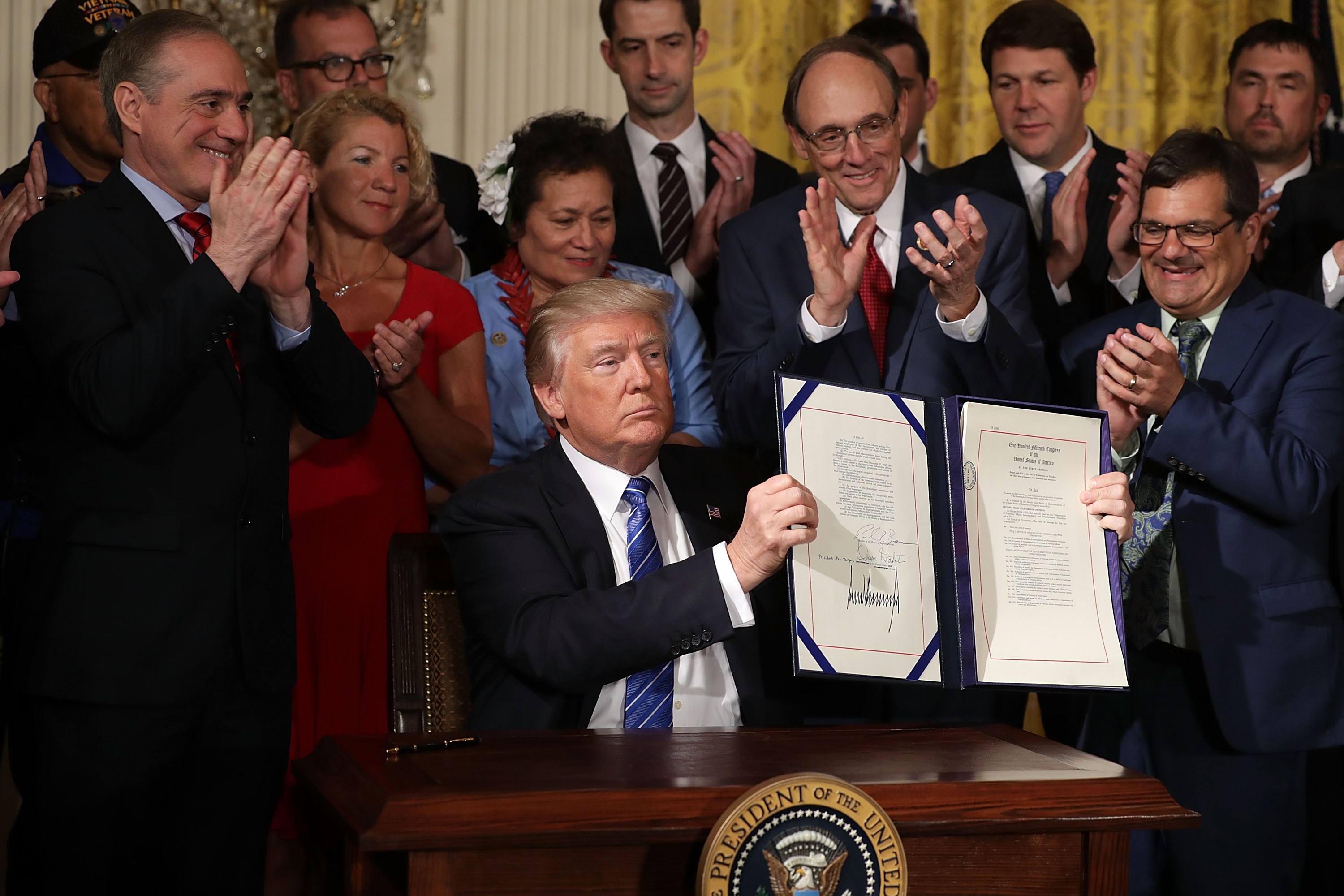 Trump touted a measure he signed in 2017 in the Wednesday tweet. The legislation fixed long-running accountability issues and ensured that incompetent individuals failing to adequately serve veterans did not remain on the VA payroll.

Trump has repeatedly touted the measure, even using a famous catchphrase from his “The Apprentice” days.

“It’s called VA accountability,” he said at a June 2018 rally in Minnesota. “Now, you bring the person into the office and you say, ‘Jim, I’m sorry to tell you, you are fired. Get out of here.'”

Ocasio-Cortez’s office did not immediately respond to The Daily Caller News Foundation’s request for comment.