An Egyptian court sentenced two defrocked Coptic Orthodox monks to death in connection with the 2018 murder of the abbot of St. Macarius Monastery.

The Damanhur Criminal Court announced the death sentence Wednesday for Philotheos and Isaiah, after convicting them of murdering Bishop Epiphanius in July 2018, The Associated Press reported. Authorities and the church initiated investigations in to Epiphanius’ death after his body was discovered in a pool of blood in front of his monastic cell with the back of his head crushed. (RELATED: Egypt’s Coptic Church Refuses To Take Any New Monks Nationwide For A Year After Abbot’s Mysterious Death) 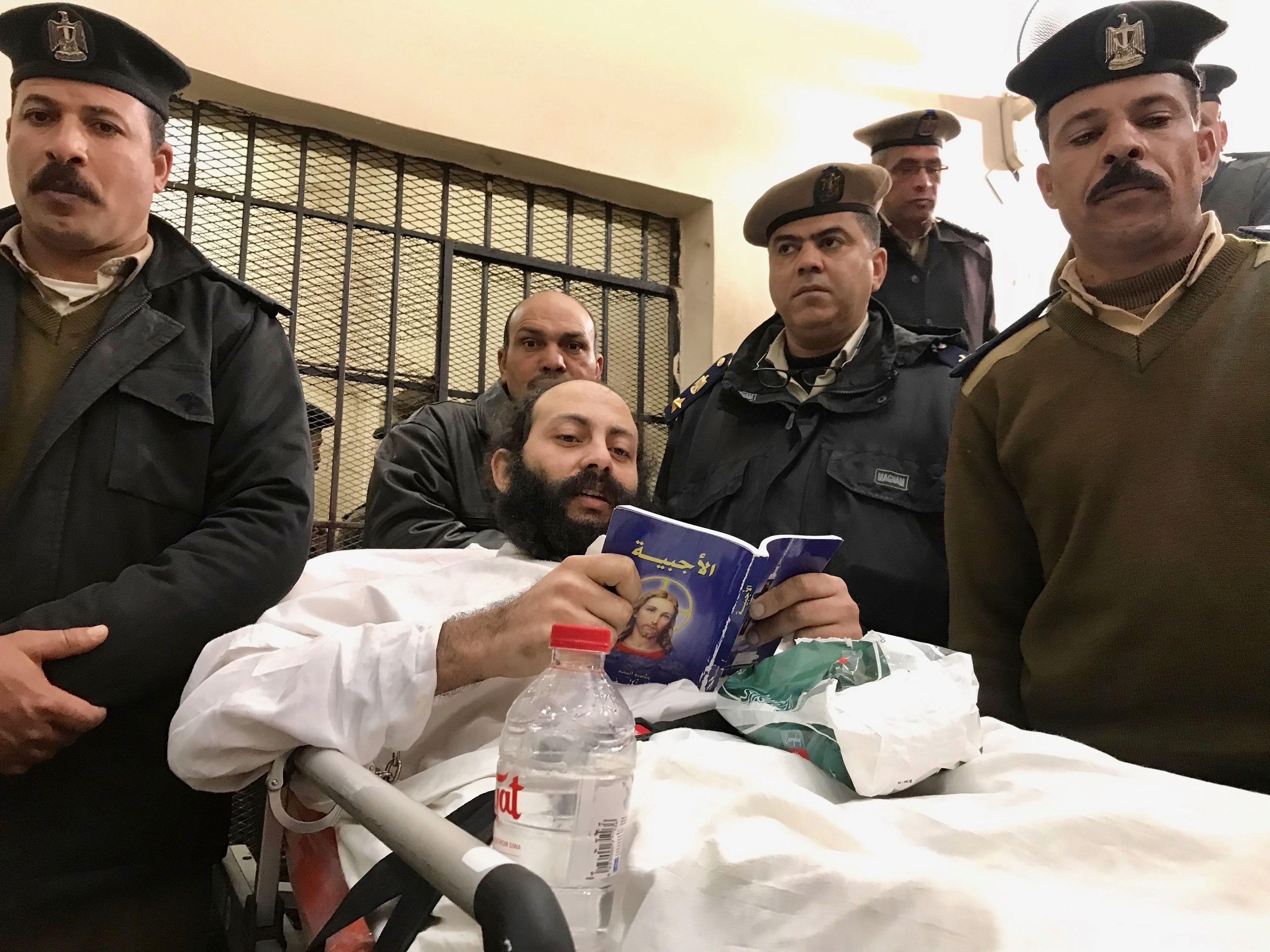 Egyptian monk Philotheos (C) lies on a stretcher during his and monk Isaiah’s (not seen) trial session, at the courthouse of the lower Egyptian city of Damanhur, in the coastal governorate of Buhaira, on Feb. 23, 2019. (STR/AFP/Getty Images)

The convicted former monks have the option to appeal their sentence. Coptic monastic communities went into a relative lockdown following the abbot’s murder. The Coptic Orthodox Church declared that it would not accept new monks into its monastic communities for a year following the abbot’s murder and ordered all monks to shut down their social media profiles and refrain from appearing in any media except when assigned to do so by their monasteries.

The church insisted, however, that the directives had nothing to do with the abbot’s murder and were meant only to instill better discipline in the lives of monks.

The monastery where Philotheos and Isaiah murdered Epiphanius was built in the 4th century, making it one of the oldest monasteries in the world.