The Philippines and Canada are in a dispute over tons of waste shipped from the North American country to the island nation between 2013 and 2014, leading Filipino President Rodrigo Duterte to say Tuesday he might declare war on Canada.

“We’ll declare war against them,” Duterte said, according to CNN Philippines.

“For Canada’s garbage, I want a boat prepared. … They better pull that thing out or I will set sail to Canada and dump their garbage there,” he said, according to Reuters. 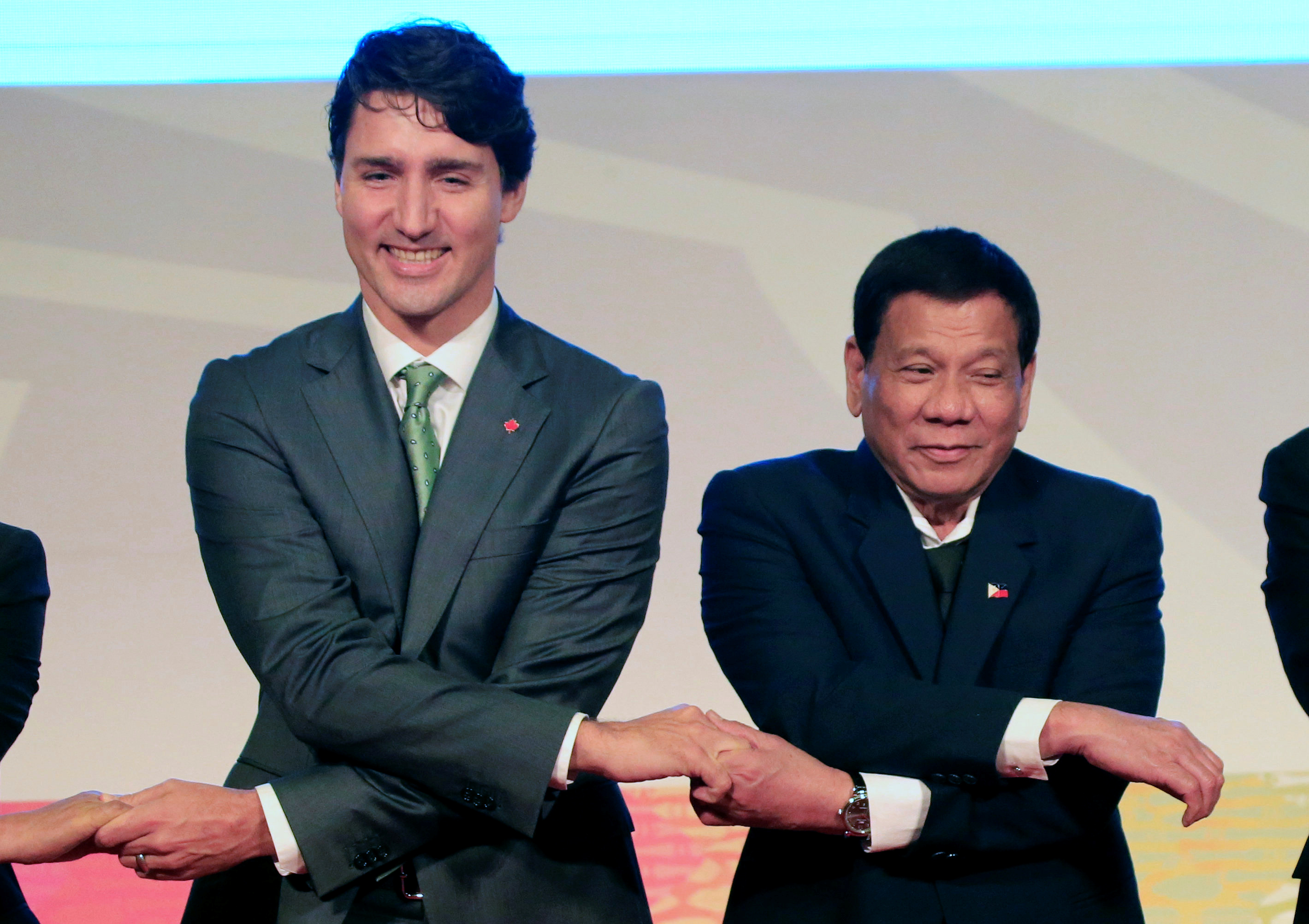 The Philippines filed several diplomatic protests with Canada over the waste shipments, which the latter country said is commercial and not government-related. Canada’s embassy in the Philippines’ capital Manila said both countries were working to remove the waste “with a view to a timely resolution” and “to ensure the material is processed in an environmentally responsible way,” reported Reuters.

Duterte’s statement comes after Canadian Prime Minister Justin Trudeau visited Manila in 2015 and said a “Canadian solution” was being developed, according to Fox News.

The dispute has affected the relationship between the Philippines and Canada in a larger way. Duterte terminated a $233 million military deal to buy 16 helicopters from Canada after Canada was concerned about how the country would use them, according to Reuters.

Duterte is a leader who has never been controversy-shy. He called on the Catholic Church to allow its priests to have boyfriends, alleging “most priests are gay” in January. He also garnered the ire of religious people in 2018 by declaring he would resign if anyone could prove God’s existence.