The Trump administration has enacted a series of new policies cracking down on illegal immigration ahead of the 2020 presidential election in recent weeks, a useful strategy if Trump’s 2016 electoral victory can be used as a guide.

From cracking down on “catch and release” to tightening HUD requirements to discourage illegal immigrants from abusing access to public housing, the Trump administration is taking wide-ranging steps to address the immigration crisis that go far beyond just a wall. In doing so, he has recommitted himself to the platform that got himself elected president in the first place.

In June 2015, businessman and real estate mogul Donald Trump launched his presidential campaign with a short escalator ride and an infamous statement about the type of immigrants who come to the United States from Mexico.

Just a couple of months before that announcement speech, 63 percent of Americans polled by Gallup said they worry about illegal immigration a “fair amount” or a “great deal.” A hardline stance on immigration — including support for the border wall — became a core tenet for the so-called “Trump base” that helped propel him to victory in 2016. 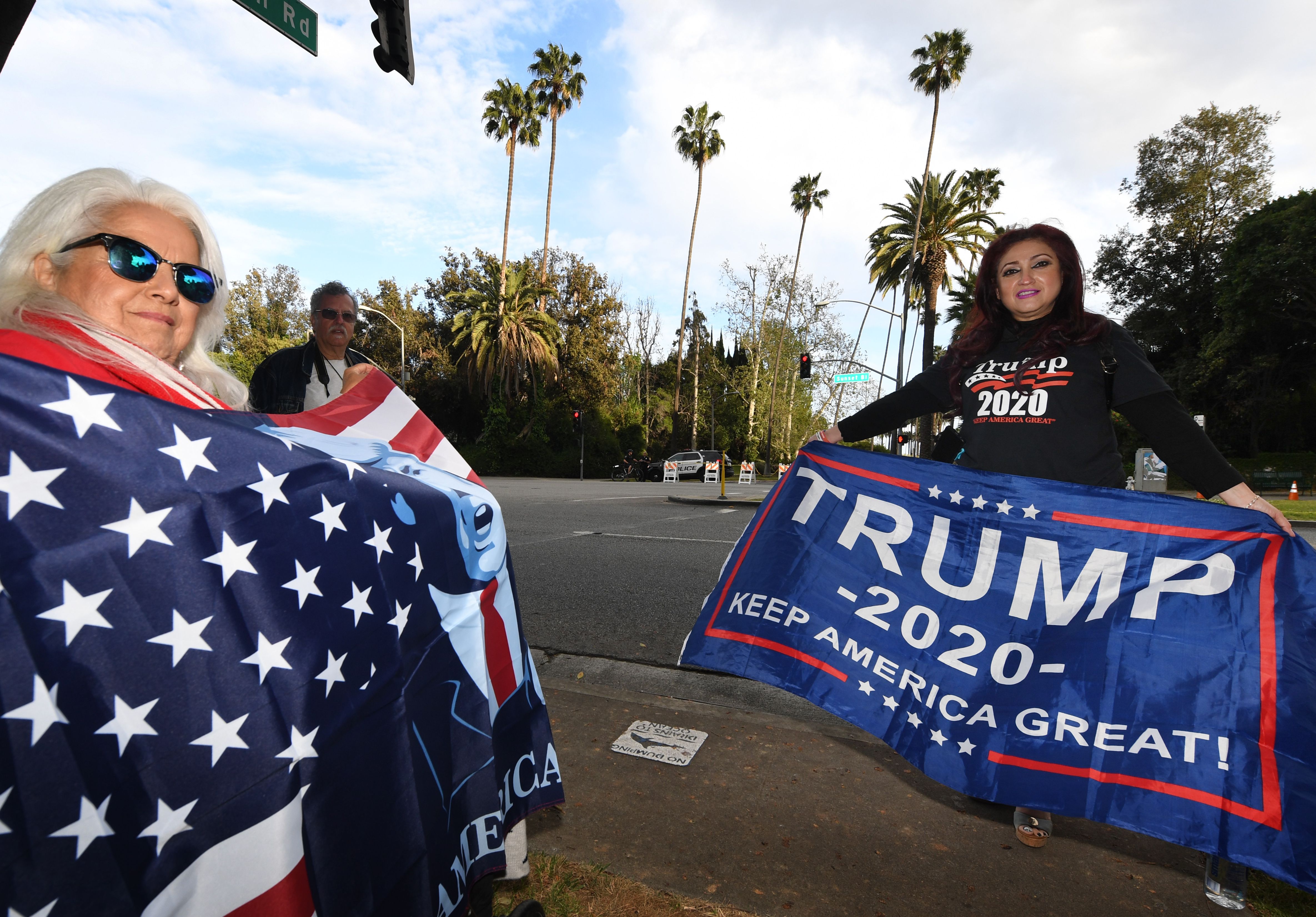 Trump supporters pose for photos on Sunset Blvd as the US president attends a fundraiser nearby, in Beverly Hills, California, on April 5, 2019. (Photo by Mark RALSTON / AFP) (Photo credit should read MARK RALSTON/AFP/Getty Images)

In the two and a half years since, the Trump administration has continued to focus on illegal immigration as one of its core issues. Specific policy changes over the past couple of weeks reveal a broader strategy to curb illegal immigration beyond the border wall.

Attorney General Bill Barr decided last week that illegal immigrants seeking asylum who meet a “credible fear” threshold will no longer be eligible to be released on bond. This means those immigrants will either be held indefinitely while they await their court proceedings, or they can be paroled at the discretion of the Department of Homeland Security (DHS). (RELATED: Attorney General Bill Barr Cracks Down On Catch And Release) 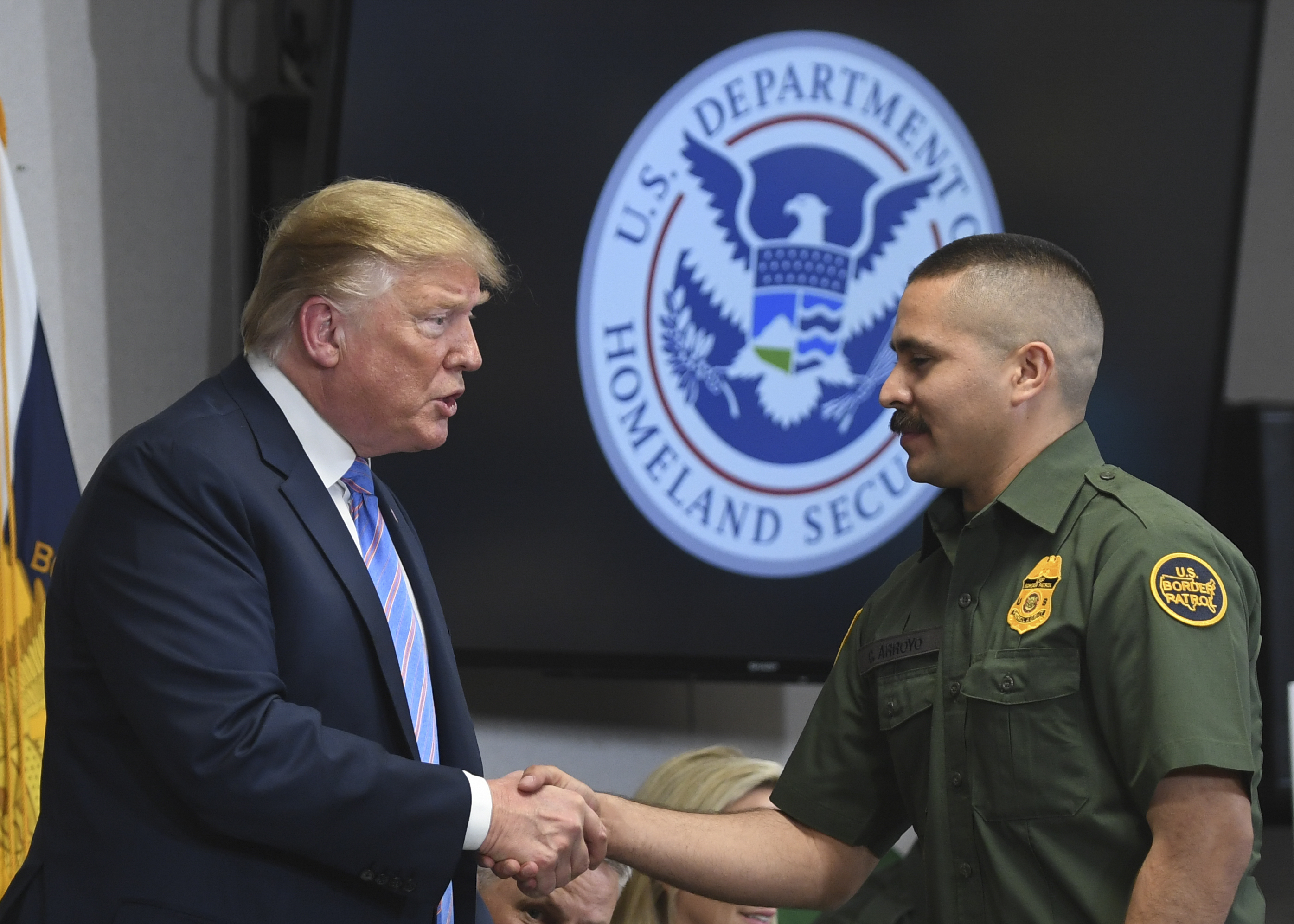 US President Donald Trump shakes hands with a member of the US Customs and Border patrol during a roundtable on immigration and border security at the US Border Patrol Calexico Station in Calexico, California, April 5, 2019. (Photo by SAUL LOEB/AFP/Getty Images)

The policy would work to prevent “catch and release,” a mainstay of Trump’s immigration rhetoric that refers to illegal immigrants being released into the interior of the U.S. after a short detainment period.

President Donald Trump has also warned about the incentives the United States provides for illegal immigrants who are able to make it across the border. According to the Center for Immigration Studies, non-citizen households access welfare programs at nearly double the rate of citizen households.

The Department of Housing and Urban Development (HUD) is planning to make it more difficult for illegal immigrants to take advantage of public housing subsidies. The Daily Caller learned that HUD will start stricter enforcement of Section 214 of the Housing and Community Development Act by not allowing illegal immigrants to stay with family members who received housing benefits.

“Because of past loopholes in HUD guidance, illegal aliens were able to live in free public housing desperately needed by so many of our own citizens,” an administration official said about the new policy. “As illegal aliens attempt to swarm our borders, we’re sending the message that you can’t live off of American welfare on the taxpayers’ dime.”

On Monday, Trump signed a memorandum recommending travel restrictions on countries who have a high rate of visa overstays in the United States. Nearly half of illegal immigrants in the country are people who overstayed their visas, revealing a major immigration issue outside of illegal border crossings.

“This is part of the Trump Administration’s comprehensive approach to combating illegal immigration,” a senior administration official said.

The 20 countries who have a visa overstay rate of 10 percent or higher could face future restriction on visa grants to their citizens, according to the memo.

Meanwhile, the administration is still building the wall.

Trump has secured funding for more than half of the border wall, according to an administration official. After a partial government shutdown and a head-to-head battle with Speaker Nancy Pelosi, the president opted to use executive action rather than congressional funding to achieve his core campaign promise. (RELATED: Trump Has Secured Funding For Over Half Of The Border Wall)

Trump was able to rake in over $6 billion for wall construction by declaring a national emergency and using various executive actions. The administration also has access to another nearly $2 billion appropriated by Congress in previous fiscal years, including $341 million in FY 2017 and $1.375 billion in FY 2018. Construction on new and replacement wall is thus underway in various sectors along the border, including the Rio Grande Valley Sector in South Texas. 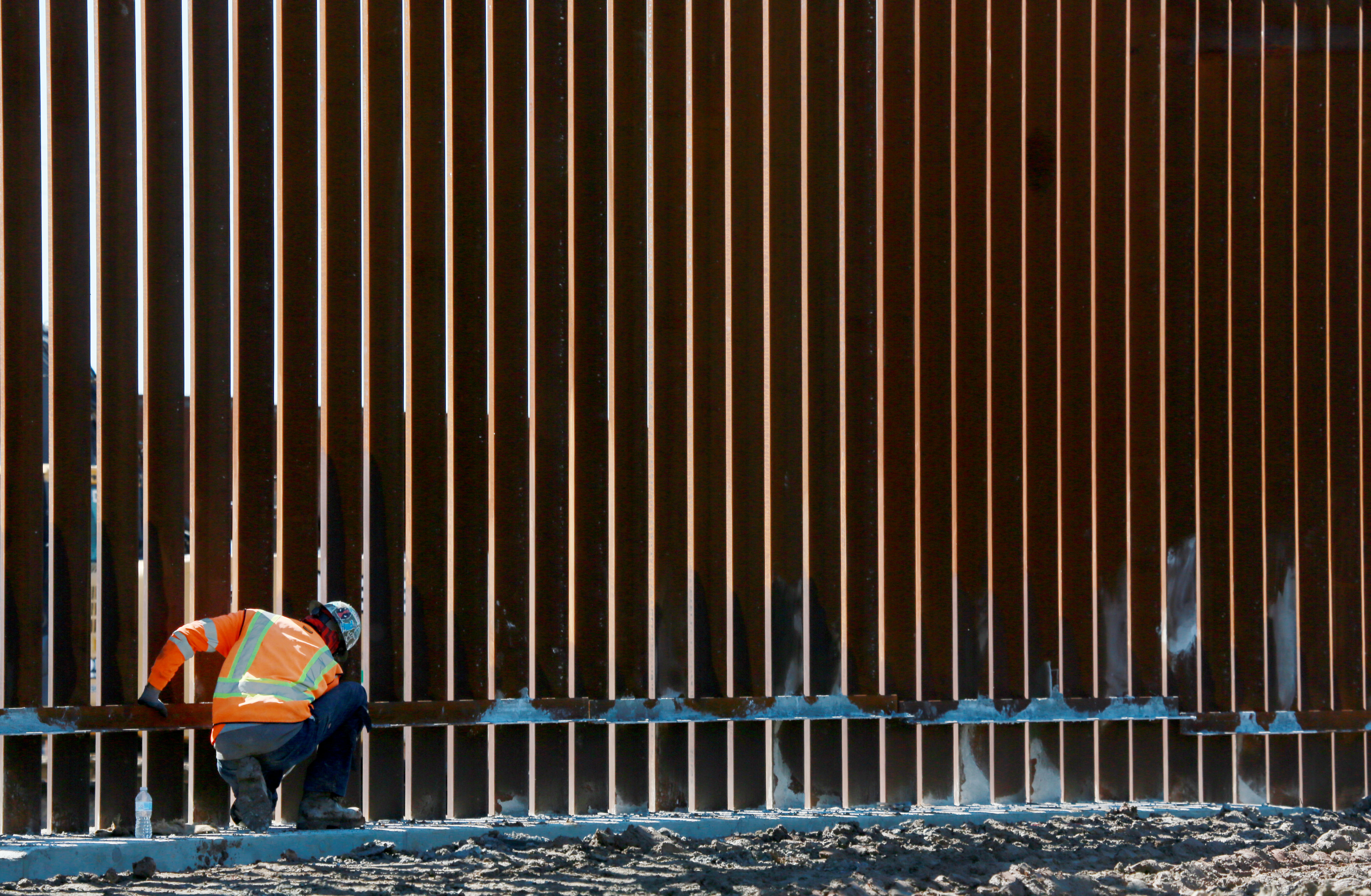 The range of actions taken by the administration reveal a comprehensive approach to immigration that likely enjoys more popular support among the electorate than the border wall; a 2018 Harvard poll found that 70 percent of voters support more restrictive immigration laws.

And even while the wall remains generally unpopular, support for the idea has skyrocketed since Trump took office. A Washington Post/ABC poll found 34 percent support for the wall in January 2018. That number jumped to 42 percent just one year later.

Ned Ryun, a Republican strategist, thinks Trump is taking the right approach by doubling down on his original electoral strategy.

“Immigration reform was one of the reasons Donald Trump was elected in the first place,” Ryun told the Caller. “People just want to focus on the wall which is of course a major part of the fix. But there’s more to it than just that: E-Verify, chain migration, visa overstays, even photo IDs and the census and the citizenship question to some extent.”

GOP strategist Evan Siegfried noted that Trump will only cement support with his base by taking the actions on immigration that he promised to in 2016.

“For years, despite tons of promises, Washington has taken no action on immigration. President Trump was elected in 2016 partly because he pledged to be full steam ahead and do more than talk,” Siegfried asserted. “By continuing to focus on changing our antiquated immigration laws, he is showing his base that he is trying to deal with an issue that they feel has been neglected for years.”

The other side of the coin, Democratic strategist Paul Begala points out, is that Trump risks proving himself “ineffectual” by continuing to tout illegal immigration as a major problem after two years of being in office.

Begala also noted the unpopularity of family separation, a policy the president eventually put an end to, partly at the urging of first lady Melania Trump.

“On immigration (heck, on pretty much everything) President Trump is the kind of guy who thinks, ‘If two aspirin are good, 11 are better,'” Begala stated. “Most Americans want border security. Few want to put children in cages.”

While the White House redoubles it efforts in combatting illegal immigration, Democratic 2020 presidential candidates don’t appear particularly interested in it at all. CNN hosted five hours of town halls earlier this week with potential Democratic nominees, but only asked one question about immigration to South Bend Mayor Pete Buttigieg.

But if Trump follows his 2016 roadmap on immigration, the Democrats will soon have no choice but to respond.