The U.S. Coast Guard Lieutenant accused of plotting a terror attack against Democratic politicians and journalists was ordered released on bail Thursday.

A federal judge ruled that Christopher Hasson, who is facing weapons and drugs charges, does not meet a standard for continued detention. Prosecutors claim Hasson was stockpiling weapons, drugs and ammunition in his Silver Spring, Maryland, home while planning a large-scale terror attack, but Hasson’s defense attorney noted that her client was not indicted on charges related to terrorism or attempted murder.

The judge still expressed “grave concerns” about the Coast Guardsman and said the details of his release will be determined at a future hearing.

“He’s got to have a whole lot of supervision,” Judge Charles Day said. “Somebody who’s got eyes and ears on him like nobody’s business.”

BREAKING: Federal judge agrees to release Coast Guard Lt. Christopher Hasson, who was accused of plotting terror attack by federal prosecutors. Judge says govt. has not charged him with terrorism and murder and doesn’t plan to, so no grounds to hold.

Court records filed in U.S. District Court in Maryland say Hasson was intending to commit “acts dangerous to human life that are intended to affect governmental conduct” and hoped to “establish a white homeland.”

The lieutenant also allegedly thought of ways to “kill almost every last person on earth” through the use of bombings, sniper attacks and biological weapons. (RELATED: Coast Guard Lieutenant Allegedly Planned To Slaughter Politicians and Journalists) 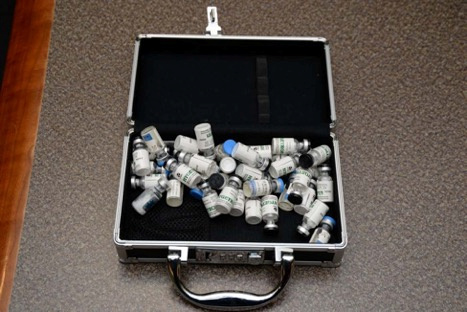 President Donald Trump responded to news of Hasson’s arrest in February, stating, “I’m actually getting a very final briefing and a very complete briefing in about two hours. I think it’s a shame. I think it’s a very sad thing when a thing like that happens.”

The president also knocked down a journalist’s allegation that his rhetoric could’ve inspired the lieutenant’s plans.