The chairmen of two Senate committees are seeking a briefing from Attorney General William Barr about FBI text messages they claim might point to potential spying against the Trump transition team in the weeks after the 2016 election.

In a letter Thursday to Barr, Sens. Chuck Grassley of Iowa and Ron Johnson of Wisconsin cite a series of text messages from Nov. 17, 2016 exchanged between then-FBI counterintelligence official Peter Strzok and then-FBI attorney Lisa Page.

In the texts, Strzok makes a reference to using “our CI guy” to develop “potential relationships” with Trump transition team members. Strzok suggested using the “CI guy” — a likely reference to a counterintelligence official — to assess whether unidentified Trump officials expressed a “different demeanor.”

Grassley and Johnson say in the letter that they are not entirely sure what Strzok and Page were referring to in the text messages, but they want a briefing from Barr to find out if the two bureau officials were trying to keep tabs on President Donald Trump’s team.

“Any improper FBI surveillance activities that were conducted before or after the 2016 election must be brought to light and properly addressed,” Grassley and Johnson wrote. 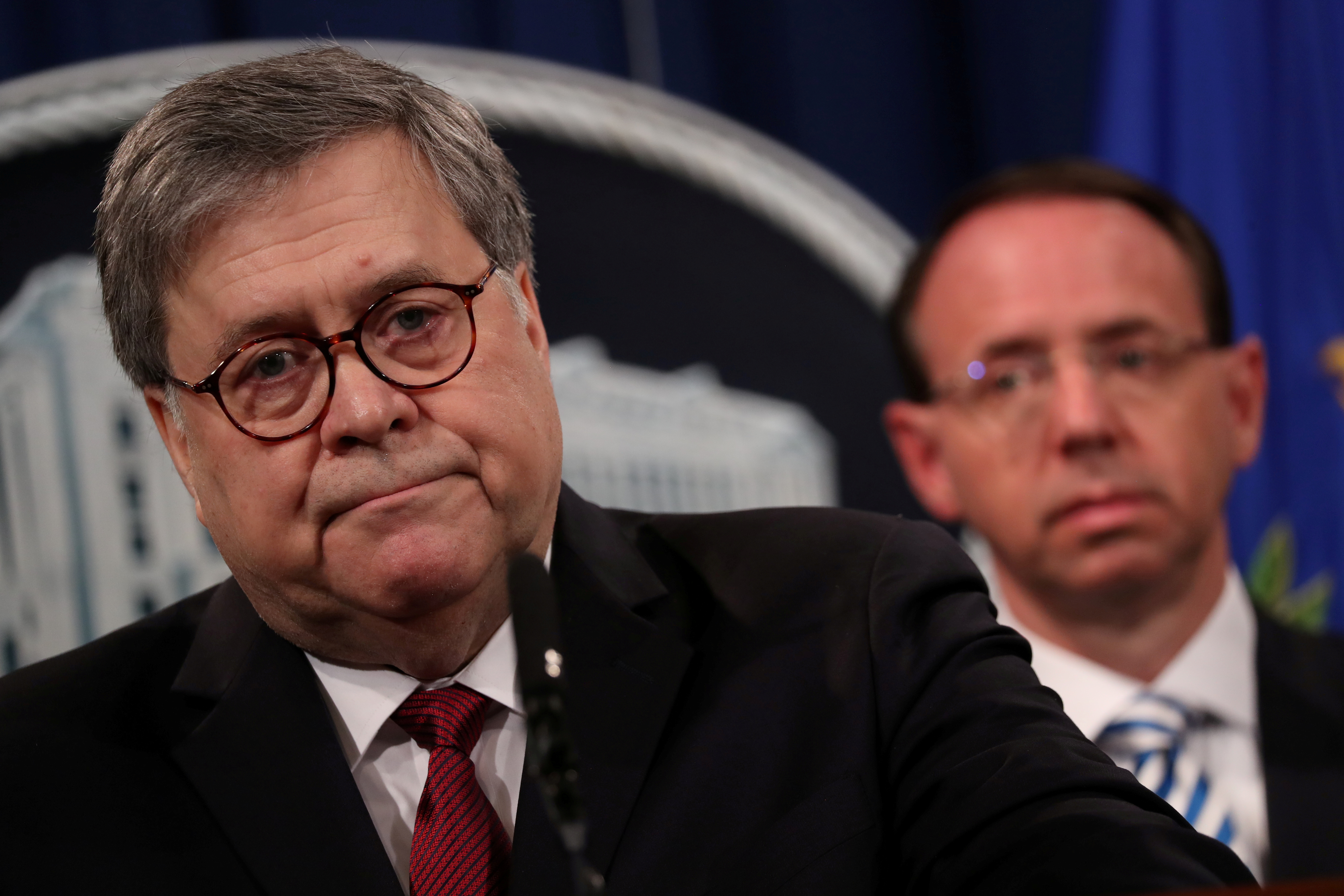 The two Republicans noted that Barr testified to Congress on April 10 that he believed “spying did occur” against the Trump campaign. Barr said he plans to form a team to investigate whether the FBI or other government agencies improperly surveilled the Trump team or any Trump associates. (RELATED: William Barr: ‘I Think Spying Did Occur’ Against Trump Campaign)

The FBI did use at least one informant, Stefan Halper, to make contact with Trump campaign advisers Carter Page, Sam Clovis and George Papadopoulos.

“We share your concerns about these activities, and are troubled by the apparent unauthorized disclosures of surveillance efforts and other classified information during the same time period,” Grassley and Johnson wrote.

“Talking with Bill. Do we want Joe to go with Evanina instead of Charlie for a variety of reasons?” Strzok wrote to Page on Nov. 17, 2016, referring to several FBI officials.

“Hmm. Not sure. Would it be unusual to have [sic] show up again? Maybe another agent from the team?” Page responded.

“Or, he’s ‘the CI guy.’ Same. might [sic] make sense. He can assess if thete [sic] are any news [sic] Qs, or different demeanor. If Katie’s husband is there, he can see if there are people we can develop for potential relationships,” wrote Strzok, who initially led the FBI’s Trump-Russia probe.

It is not clear who “Katie” is referenced in the text message.

“I told him I’m sure we could ask you to make the swap if we thought it was smart. It’s not until Mon so Bill can always discuss with him tomorrow,” Strzok added.

Grassley and Johnson are asking for a briefing by May 9.

“Any improper FBI surveillance activities that were conducted before or after the 2016 election must be brought to light and properly addressed,” they added.

Barr is scheduled to testify before the Senate and House Judiciary Committees on May 1 and May 2, respectively, regarding the special counsel’s Russia report.