Sri Lankan authorities arrested the father of two of the suspected Easter suicide bombers Thursday on suspicion he aided them in their attack.

Former navy chief Jayanath Colombage confirmed the man’s arrest Thursday, but clarified that it was unclear whether authorities had surveilled his apartment before the Sunday bombings. The attacks targeted Christians and foreigners, resulting in the deaths of 359 people with 500 others wounded, according to The Associated Press. An explosive device detonated within the man’s apartment the same day of the attacks, killing three police officers. (RELATED: Sri Lanka’s President Gives Military Wartime Powers To Hunt Down Bombing Culprits)

Buhari Mohammed Anwar, a 77-year-old neighbor of the arrested father, said the man did not expect the Sunday attacks.

Authorities reported that several of the bombing suspects are well-educated and hail from wealthy families who live in the same neighborhood in Colombo as the arrested father, whose home is a mansion with nine balconies. 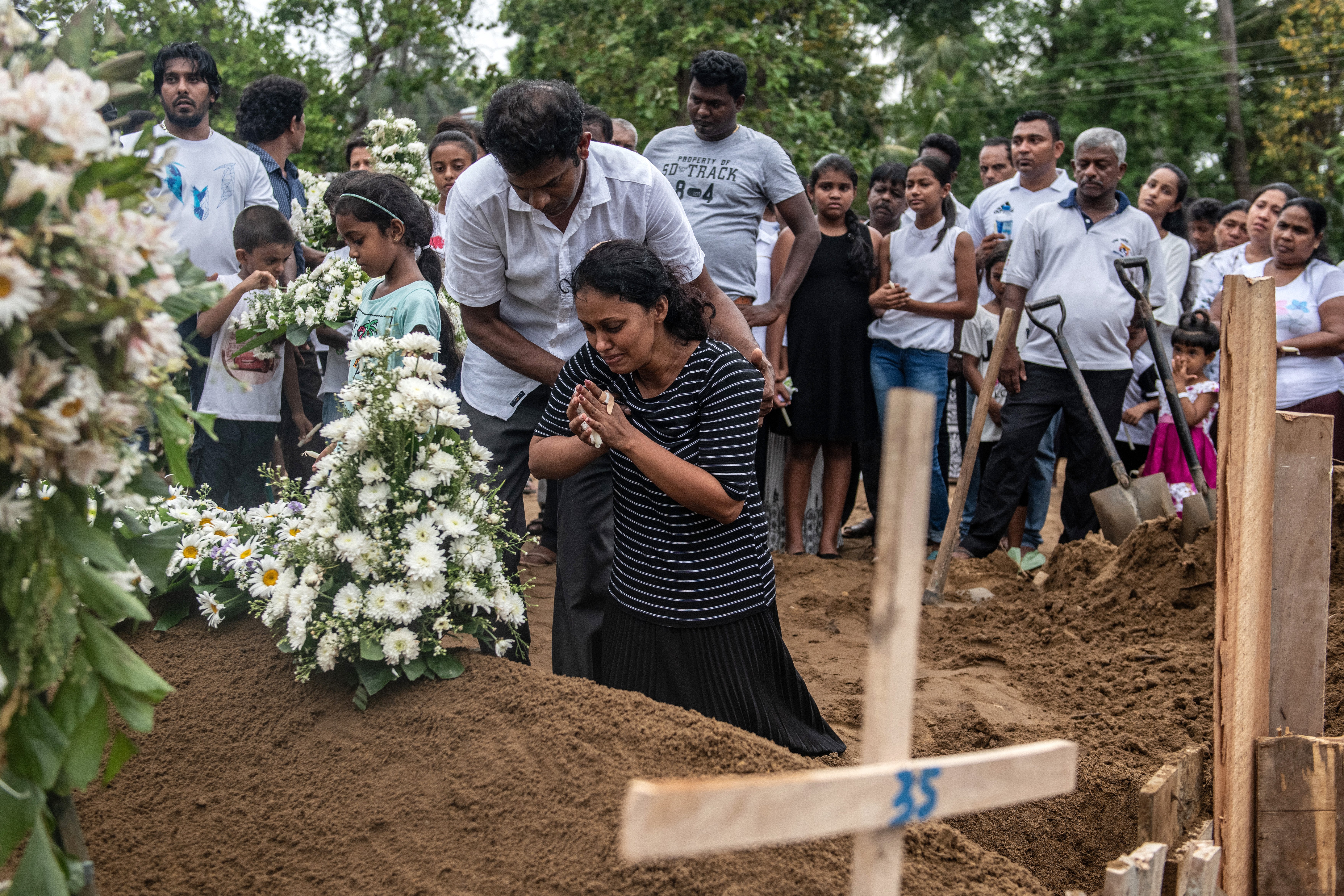 NEGOMBO, SRI LANKA – APRIL 25: A woman grieves at the grave after a funeral for a person killed in the Easter Sunday attack on St Sebastian’s Church, on April 25, 2019 in Negombo, Sri Lanka. (Photo by Carl Court/Getty Images)

Several of the suspects studied in either the U.K. or Australia, while one held a law degree, according to Junior Defense Minister Ruwan Wijewardene. Scott Morrison, Prime Minister of Australia, confirmed that one of the bombers lived in Australia on a student visa with a wife and child before he left in 2013.

Authorities have reportedly detained 58 people in the wake of the Easter Sunday attacks. Residents and workers in the cities of Colombo and Negombo where Islamic terrorists targeted churches and hotels continue to live in fear, as police search for more explosive devices and two bombing suspects who have thus far evaded capture.

Rev. Niroshan Perera, who is facilitating funerals for those killed in the blast at St. Sebastian Church in Negombo, said that churches all across the country have shut down and canceled Mass services. Hotel employees and office workers have also been instructed to remain inside until further notice. As a further security measure, Sri Lanka’s civil aviation authority banned unmanned aircraft and drones.