Amazon warehouse workers are monitored by tracking systems that measure each employee’s productivity, issue warnings for workers that lag and fire those consistently behind, according to documents obtained by The Verge.

Amazon offers a base $15 an hour wage and its warehouses, called fulfillment centers, are often competitive to work at. The company is continuously replacing slow performing employees with new hires. An automated system tracks employees and gives pink slips to consistent underperformers, The Verge reported. An Amazon spokesperson told The Daily Caller News Foundation that no employee is fired without meeting with a supervisor.

Employee oversight is largely automated, though supervisors can always override the system as the need arises, Amazon told The Verge. (RELATED: Amazon Workers Record And Share What You Say Around Alexa, Reports Say)

“Amazon’s system tracks the rates of each individual associate’s productivity, and automatically generates any warnings or terminations regarding quality or productivity without input from supervisors,” documents obtained by The Verge say.

From August 2017 to September 2018, roughly 300 workers at an Amazon fulfillment center in Baltimore lost their jobs because of low productivity. The facility employs about 2,500 full-time employees, putting the turnover rate at about 10 percent annually.

If those numbers are similar across Amazon’s 75 North American fulfillment centers employing more than 125,000 workers, the company is replacing thousands of workers every year through their system of automated tracking. 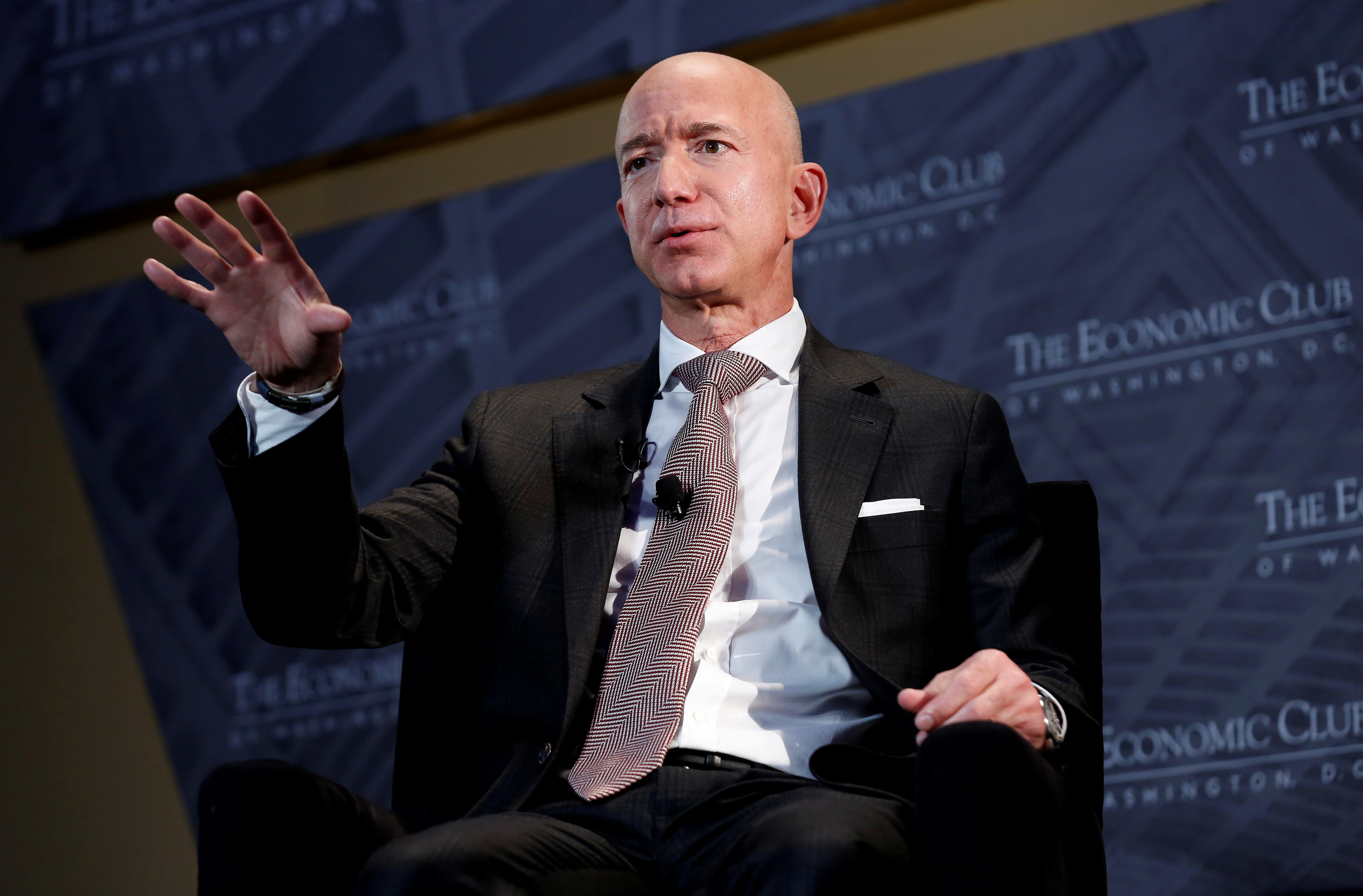 Jeff Bezos, president and CEO of Amazon and owner of The Washington Post, speaks at the Economic Club of Washington, D.C.’s “Milestone Celebration Dinner” in Washington, U.S., Sept. 13, 2018. REUTERS/Joshua Roberts

“Who needs real human beings when you have Amazon? It’s one thing for Jeff Bezos and Amazon to use a ruthless business model to destroy jobs for profit, but it is surreal to think that any company could fire their own workers without any human involvement,” Perrone said Friday.

“It is absolutely not true that employees are terminated through an automatic system. We would never dismiss an employee without first ensuring that they had received our fullest support, including dedicated coaching to help them improve and additional training,” an Amazon spokesperson told TheDCNF in an email.

“Since we’re a company that continues to grow, it’s our business objective to ensure long-term career development opportunities for our employees. Similar to many companies, we have performance expectations regardless of whether they are corporate or fulfillment center employees. We support people who do not perform to the levels expected of them with dedicated coaching to help them improve and be successful in their career at Amazon,” Amazon said.