Republican Gov. Matt Bevin linked teachers being out sick to a March shooting of a 7-year-old girl and immediately faced backlash from his Democratic peers.

“One thing you almost didn’t hear anything about while we had people pretending to be sick when they weren’t sick and leaving kids unattended to or in situations that they should not have been in — a little girl was shot, 7 years old, by another kid,” Bevin said at a Thursday event responding to a question about preventing gun violence, the Louisville Courier Journal reported.

“Because they were somewhere that they weren’t intended and because a parent didn’t have any option, put them in a situation so that they could go to work, it left these kids in a compromised situation where they encountered a gun and there was not enough awareness,” the Kentucky governor said.

Bevin, in his remarks, reportedly referred to a March 12 shooting where an 11-year-old boy accidentally shot his 7-year-old sister when they were home during a “teacher sickout,” the Courier reported. Jefferson County Public Schools (JCPS) were closed on Feb. 24 to March 4 due to teachers calling out sick.

It is not clear whether the children, who lived in the Shively, Kentucky, area, attended JCPS. The girl was taken to Norton Children’s Hospital and is in good condition, according to a March 27 Shively police press release.

Following Bevin’s remarks, the Kentucky Democratic Party released a statement slamming the governor for his remarks and demanding an apology. “Governor Bevin’s continued attacks on teachers are disgusting and unforgivable,” party spokeswoman Marisa McNee said, according to the Courier. “He’s completely out of control. Kentuckians deserve better than this,”McNee added. (RELATED: Kentucky Bans All ‘Eugenics-Based’ Abortions)

Democratic state Rep. Joni Jenkins called Bevin’s remarks “shameful,” adding that “our community, like the family, is devastated by what occurred and prays for the children,” the Courier reported. “This should drive us to enact commonsense gun safety, not further a spiteful agenda against teachers,” Jenkins said. 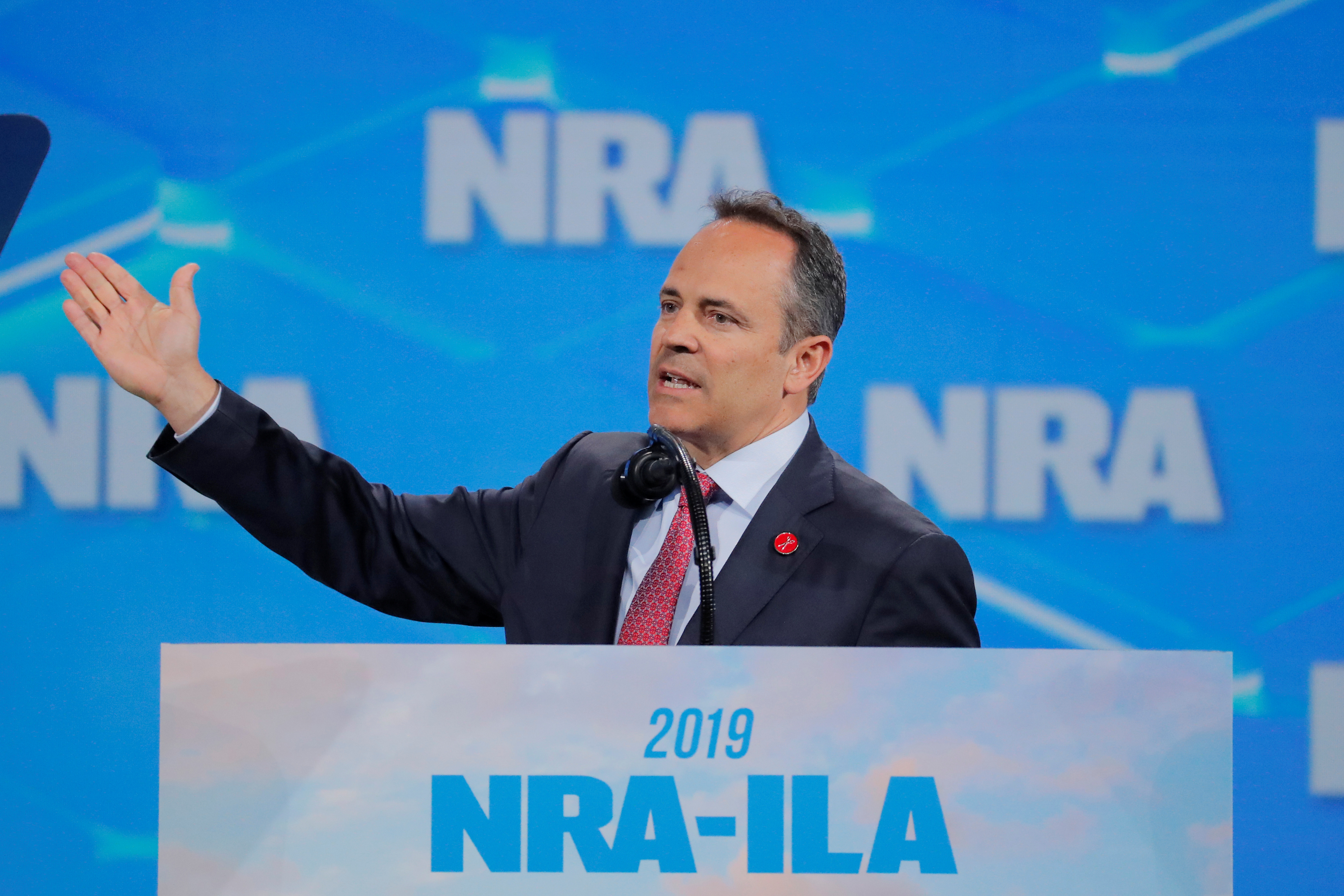 Despicable. Matt Bevin is unfit to govern. Kentucky families, teachers, and kids deserve so much better than this governor. https://t.co/X8jeqCicyE

Democratic politician and businessman Adam Edelen hopped on Twitter to strongly criticize the governor for his comments as well.

There’s plainly something wrong with Matt Bevin. You don’t politicize the shooting of a child. I simply don’t have the words to describe what a new low this is. Governor Bevin clearly lacks the decency and humanity to serve as Kentucky’s leader. #kygov https://t.co/GfJcIxSzha

“It’s why our state is struggling because we’re not focusing on things that are important,” he said.

The governor did not immediately respond to The Daily Caller News Foundation’s request for comment.