Sri Lanka Catholic leaders announced that all Sunday Masses are canceled in the wake of the Easter terrorist bombings that killed more than 250 people.

Cardinal Malcolm Ranjith, archbishop of Colombo, announced the cancelation for his diocese Friday, saying that Masses would remain canceled until further notice, according to The Associated Press. Many churches and businesses remain on relative lock-down in the cities of Colombo and Negombo as authorities search for further explosive devices and two armed bombing suspects who have thus far evaded capture. (RELATED: Suspected Ringleader Of Easter Sunday Bombings Died In Attacks: Sri Lankan Police)

The archbishop said that church leaders saw a leaked security document that described Catholic churches as a major terrorist target.

The U.S. embassy in Sri Lanka also advised travelers to the country to “exercise increased caution” when visiting places of worship or any other place that attracts large gatherings of people, since “terrorists may attack with little or no warning” and continue to plot attacks in the country. Local authorities urged Muslims in particular to refrain from holding their usual Friday services out of concern that others may target them in retaliation for the ISIS-claimed bombings. 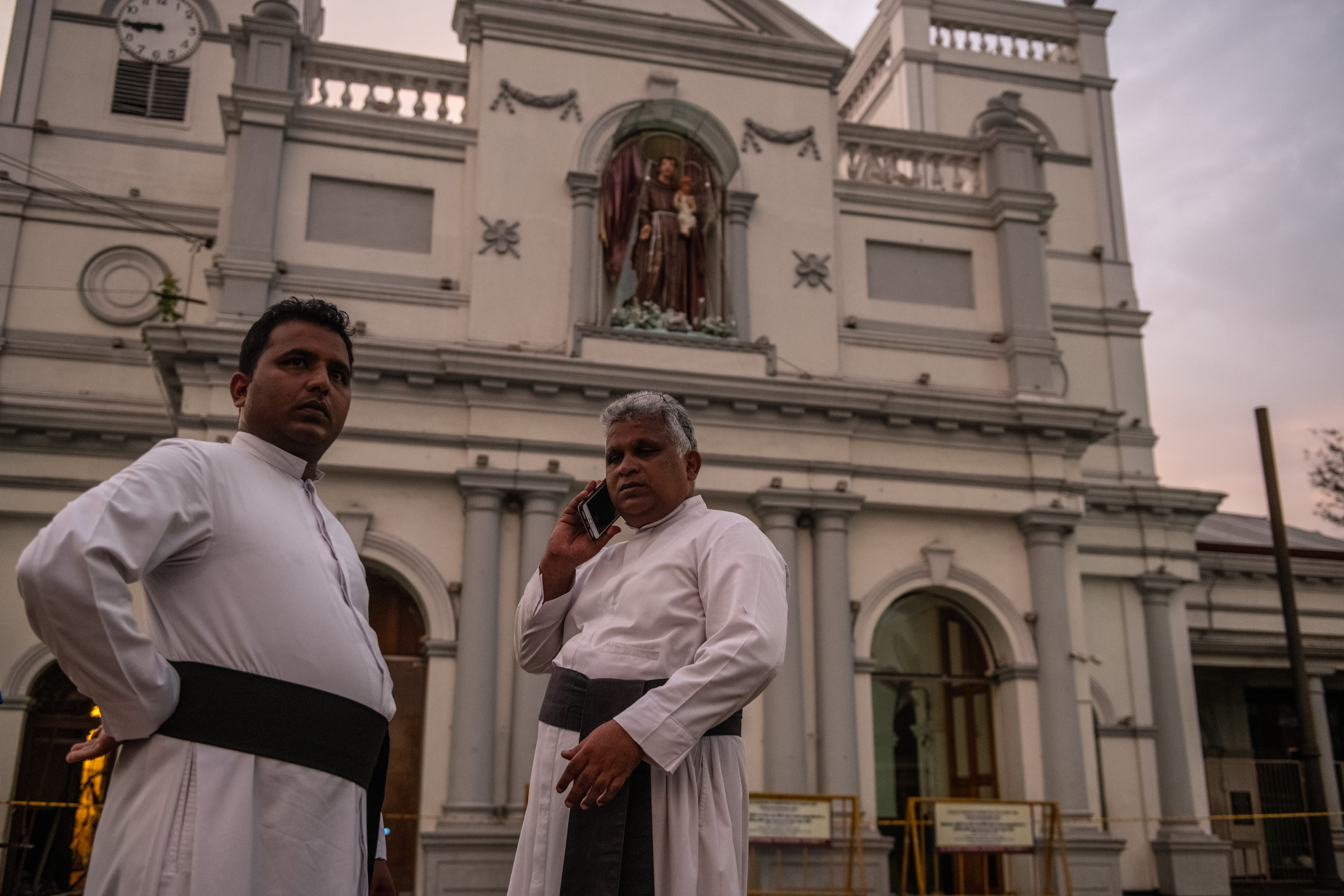 Several mosques held services regardless of the warning, guarded by security forces.

Ranjith, in addition to announcing the cancellation of Mass services, also asked the public to help fund the reconstruction of the churches that were targeted by Islamic terrorists, as well as to help those affected by the bombings to rebuild their lives.