In an interview with conservative radio host Mark Levin, the president called the idea “ridiculous” but said that he is happy to run against politicians who have gone “so far left.” (RELATED: Bernie Comes Out For The Right To Vote For Terrorists And Rapists)

“They have lurched left, and I watched Bernie the other day talking about, you know, prisoners can vote,” Trump said. “First they said prisoners, then they said, well, that means the Boston bomber. You know, they used a couple of beautiful examples like the Boston bomber.” 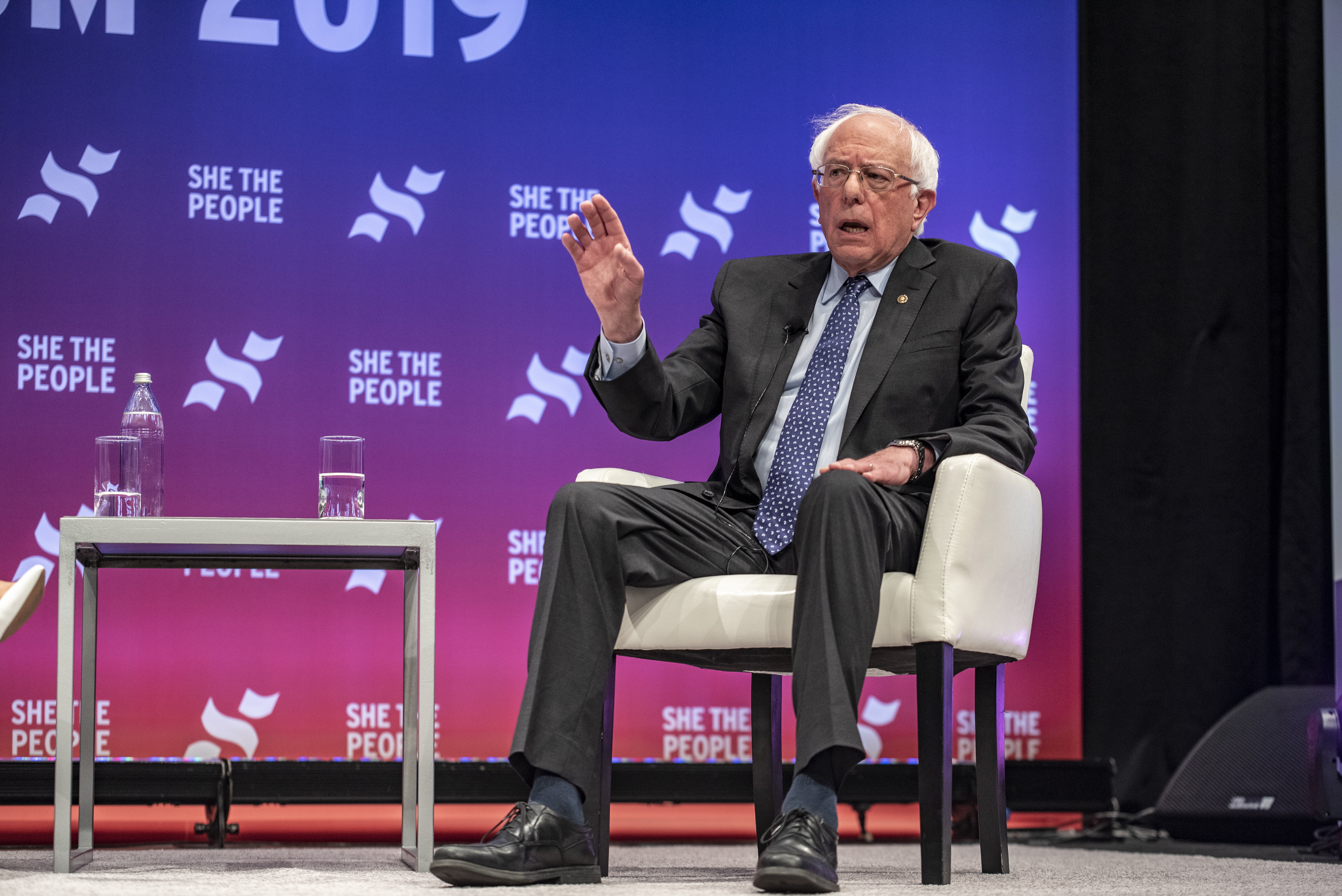 Democratic presidential candidate Sen. Bernie Sanders (I-VT) speaks to a crowd at the She The People Presidential Forum … (Photo by Sergio Flores/Getty Images)

Trump noted that Sanders, who is running for the 2020 Democratic presidential nomination, accepted that his plan to allow all prisoners to vote would include convicted terrorists like the man who carried out the bombing at the Boston Marathon in 2013. (RELATED: Boston Bombing First Responder Condemns Sanders’ Comments On Felon Voting Rights)

“And [Bernie] said that includes the Boston bomber, and I said, ‘Whoa!’ Well, that’s heavy stuff,” Trump asserted. “I don’t mind campaigning on the fact that I will not allow ever to have the Boston bomber be voting, OK?”

Trump continued, “It’s ridiculous but that’s what I’m running against. It’s amazing to me and to you how far left these people have gone, but we’ll expose it for what it is.”