Democratic New York Rep. Alexandria Ocasio-Cortez on Saturday used a shooting at a California synagogue that left one person dead to demand the Senate act on a gun control bill.

One person is dead and three others are injured following the shooting at Chabad of Poway synagogue, authorities said. Police have one suspect in custody, who is described as a 19-year-old male.

“Heartbroken to hear of the San Diego synagogue shooting, particularly so on this final day of Passover,” Ocasio-Cortez wrote in a tweet, before pivoting to gun control. (RELATED: Ocasio-Cortez Took A Shot At Republicans But Ended Up Hitting Democrats Instead)

“We have a responsibility to love + protect our neighbors,” she wrote. “The longer the Senate delays holding a vote on #HR8, the more we put Americans at risk.” 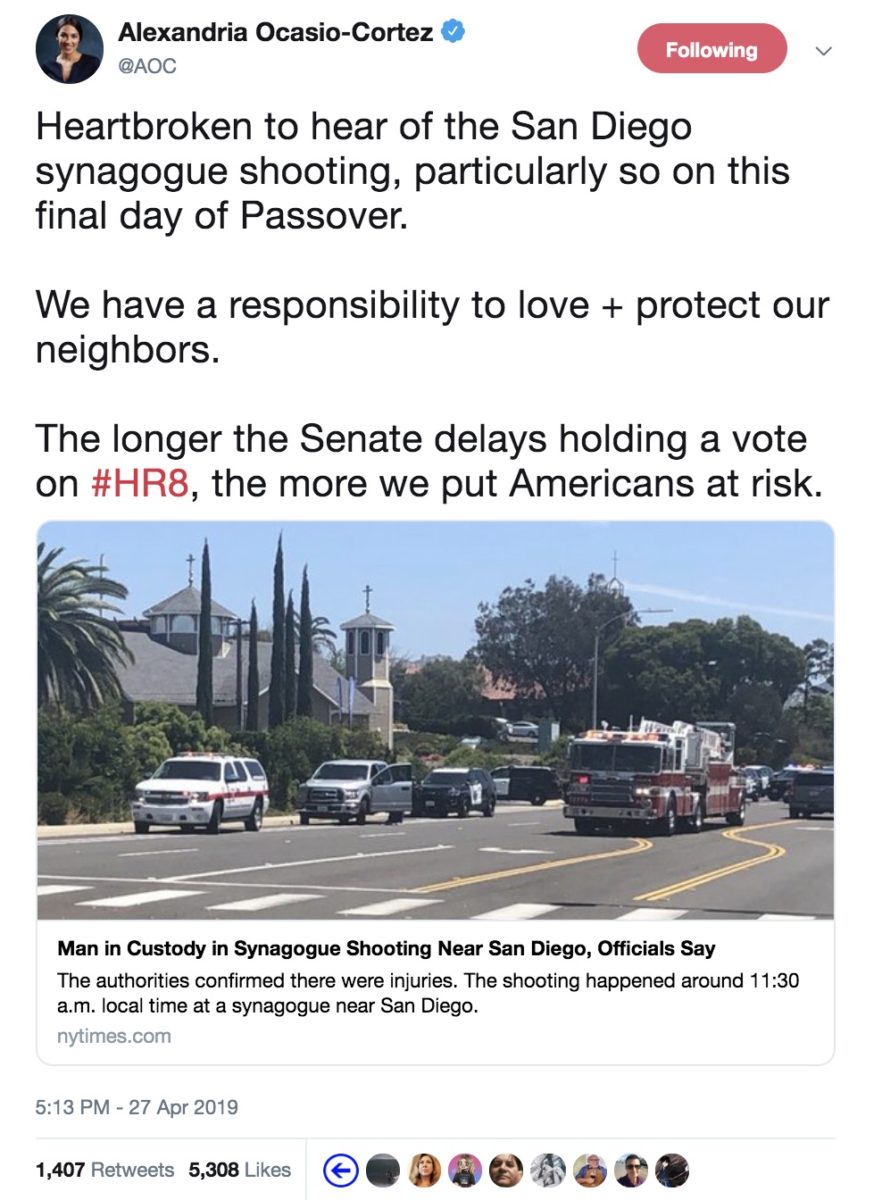 The legislation expands federal background checks to include private transfers and could effectively ban Americans ages 18 to 20 from acquiring handguns. The Democratically controlled House passed HR8 in February.

Legislation that took effect in January raised the age for purchasing a long gun from 18 to 21. A federal judge in March struck down a law banning firearm magazines that hold more than 10 rounds.