The rabbi at a California synagogue where a man opened fire Saturday revealed details about his conversation with President Donald Trump while speaking to reporters a day after the shooting.

Rabbi Yisroel Goldstein, 57, of Congregation Chabad in Poway was one of three people who were injured. The rabbi is expected to lose his right index finger after getting shot in the hand. A congregant, Lori Kaye, 60, was the lone casualty as she jumped in front of the rabbi to save his life. (RELATED: Combat Vet Who Stopped The Synagogue Shooter: ‘I Scared The Hell Out Of Him’)

“I received a personal phone call from our president, Donald Trump,” the rabbi said Sunday. “I was amazed to answer the phone and say the secretary of the White House was calling. And he spent close to 10 to 15 minutes with me on the phone. It’s the first time I’ve ever spoken to the president of the United States of America.” (RELATED: As Democrats Use San Diego Synagogue Shooting To Push Gun Control, Conservatives Push Back)

“He shared with me condolences on behalf of the United States of America,” Rabbi Goldstein added. “We spoke about the moment of silence. And he spoke about his love of peace and Judaism and Israel. He was just so comforting, I’m really grateful to our president for taking the time and making that effort to share with us his comfort and consolation.” 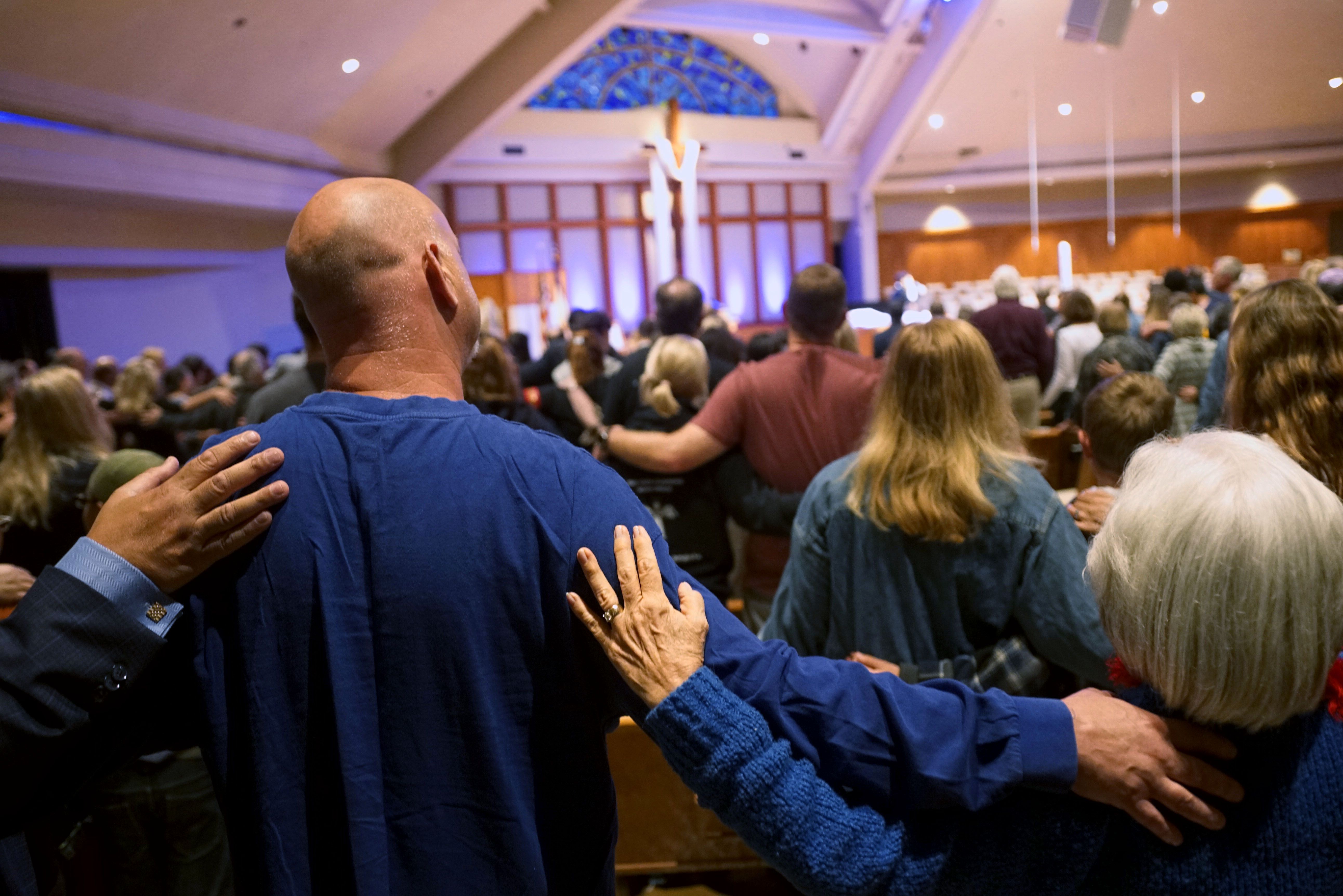 Mourners participate in a vigil for the victims of the Chabad of Poway Synagogue shooting at the Rancho Bernardo Community Presbyterian Church on April 27, 2019 in Poway, California. (SANDY HUFFAKER/AFP/Getty Images)

Trump also thanked the off-duty Border Patrol agent who engaged with the shooter after he left the synagogue. The agent missed the suspect but struck his vehicle. (RELATED: One Dead, Several Injured In Shooting At San Diego Synagogue)

“Sincerest THANK YOU to our great Border Patrol Agent who stopped the shooter at the Synagogue in Poway, California. He may have been off duty but his talents for Law Enforcement weren’t!” he tweeted.

This shooting occurred approximately six months after a shooting took place at a synagogue in Pittsburgh, Pennsylvania.