Republican Maine Sen. Susan Collins finally has a Democratic challenger for the 2020 election cycle after progressive activists vowed to unseat her for voting to confirm Justice Brett Kavanaugh to the Supreme Court.

Bre Kidman, a part-time attorney and artist, filed on April 20 to run against Collins for one of Maine’s U.S. Senate seats, reported The Washington Free Beacon.

Kidman is an organizer for Maine Educationalists on Sexual Harmony (M.E.S.H), an organization founded to “create a holistic integration of sex and identity and to (re)build a stronger community united with sex-positive awareness.” M.E.S.H’s website describes Kidman as a “queer feminist lawyer, mermaid, writer, activist, and artist.” However, on Facebook, Kidman refers to herself as a “criminal defense attorney by day and radical fat queer/performance artist/model/musician/activist most other times.”

Mermaid is “an artistic identity, not a serious identity,” Kidman told The Free Beacon. “I’m a playful person, I’m not going to pretend I’m all serious all the time, because I’m not. I’m mermaid-esque in nature.”

The Maine People’s Alliance and Mainers for Accountable Leadership launched a joint effort in August to crowdfund money in an attempt to compel the senator to vote against Kavanaugh. The campaign, called “Either Sen. Collins VOTES NO on Kavanaugh OR we fund her future opponent” raised more than $3.7 million.

The Maine senator fired back at the campaign in September calling it a “quid pro quo” and “an attempt to bribe” Collins, who was a key swing vote. (RELATE: Susan Collins Tells Left-Wing Activists To Stop Bribing Her Over Kavanaugh Vote)

The campaign has been pushed by left-wing activists across the country, including anti-gun activist David Hogg, reported The Washington Times. 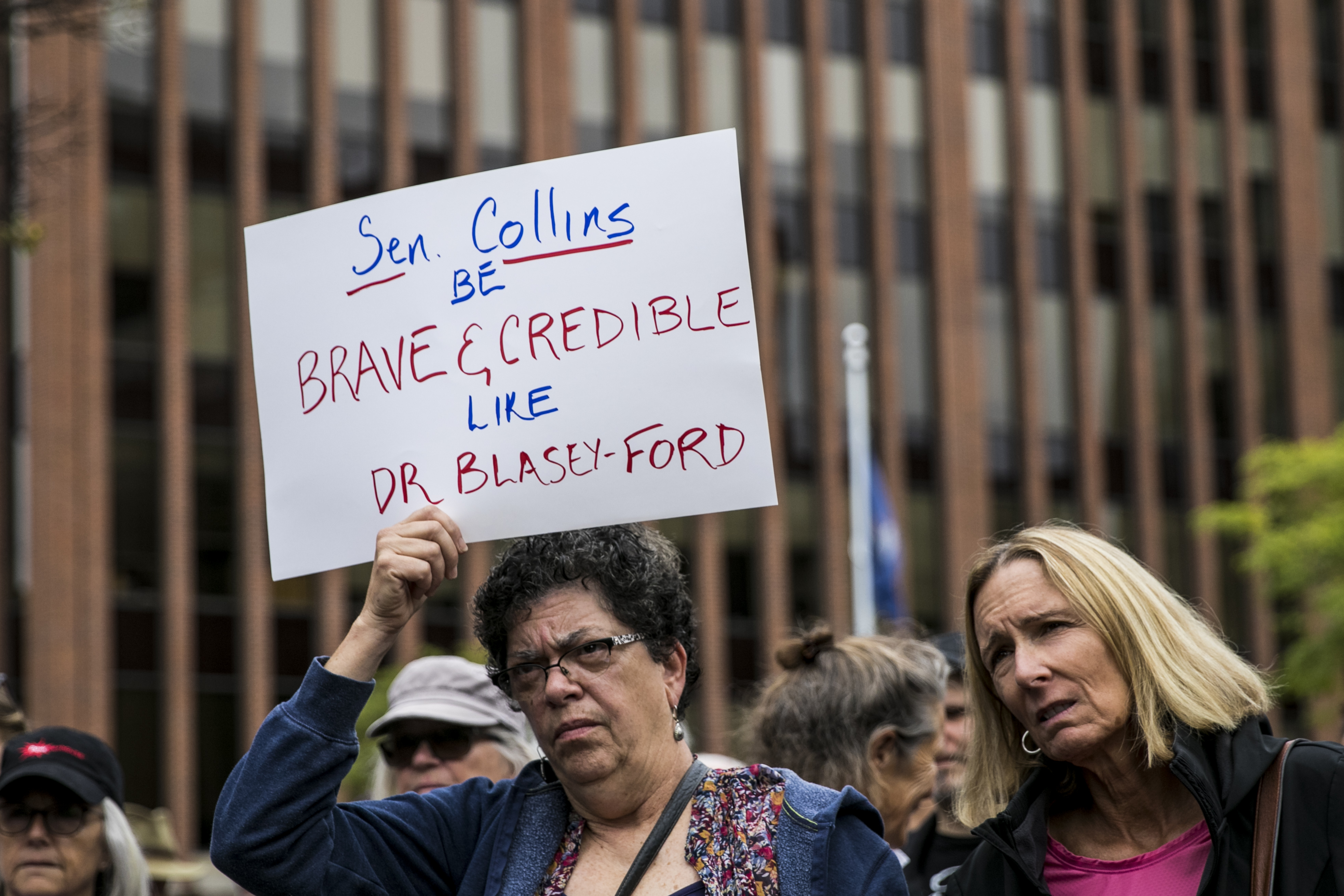 Yvonne Berry, left, of Portland, and Wendy Keeler, of Cape Elizabeth, gather with protestors across the street from Sen. Susan Collins’ office to urge Sen. Collins to vote no on the confirmation of Supreme Court nominee Brett Kavanaugh (Sarah Rice/Getty Images)

“This effort will not influence my vote at all,” Collins said. “I think it demonstrates the new lows to which the judge’s opponents have stooped.”

“I’m going to help raise $3 million to match that because that criticism is absolutely abominable that they would say that about her for everything that she has stood for in her lifetime related to feminist issues,” Grassley said at the time. “She’s been on the forefront of everything.”