The bill passed the GOP-controlled Florida House 93-22 on April 11, reported The Associated Press. The Washington Examiner characterized the legislation as a move to lock down “the gray vote.” It passed in the state Senate 27-13 on Monday morning.

“The United States pays more for prescription drugs than anywhere else in the world,” DeSantis said after the bill’s passage in the state House. “In Florida, we can change that by employing safe, common sense solutions such as importing FDA approved prescription drugs from Canada.”

Opponents of the bill have called the policy socialist and point out that only one other state, Vermont, has taken steps toward a similar program, although it faces federal hurdles.

“For starters it is one of [Independent Vermont Sen.] Bernie Sanders’ ideas,” Grover Norquist of conservative group Americans for Tax Reform said April 22. “The rest of the world has damaged their ability to invent new drugs. We invent the drugs. Then they put price controls on them. And some politicians in Florida want to bring those price controls into Florida, a Republican state.” (RELATED: CDC Confirms Largest Measles Outbreak Since Disease Was Declared Eliminated) 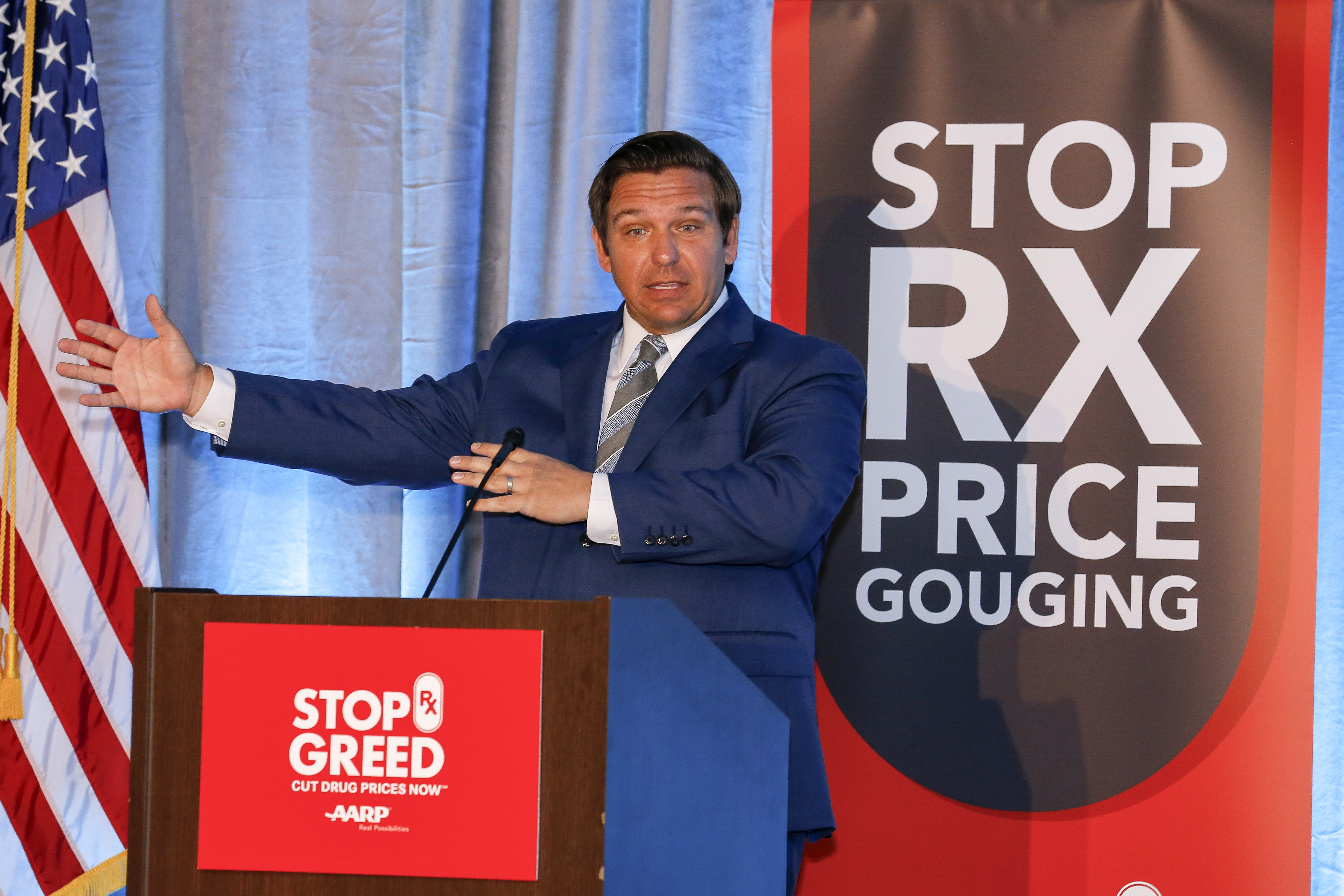 Florida Governor Ron DeSantis addresses the audience of the first of a series of “u201cWe Hear You”u201d Town Halls to hear from older Americans about how the high cost of prescription drugs is affecting them at Florida State University’s Turnbull Conference Center on April 23, 2019 in Tallahassee, Florida. (Photo by Don Juan Moore/Getty Images for AARP)

DeSantis, who campaigned on his support for President Donald Trump, has pushed the measure as a way to lower prescription drug prices since taking office in January and has called the bill’s critics fear mongers.

“Just think about it — like when you see some of the arguments against [the plan] … I mean, do you think I’m just going to like bring in a bunch of drugs from Pakistan off the street and just throw them in … I mean, come on,” he said at a town hall Tuesday according to WJCT.

The pharmaceutical industry and law enforcement groups have expressed opposition to broadening Americans’ access to drugs imported from foreign countries.

The National Sheriffs’ Association wrote a letter to Trump in 2018 warning that such policies would worsen the opioid crisis, overburden law enforcement and give criminal organizations the opportunity to profit off of illegitimate products.

As Florida’s bill has progressed, state residents have been exposed to television and social media ads paid for by groups connected to Pharmaceutical Research and Manufacturers of America (PhRMA), the lobbying group that includes major drug companies. 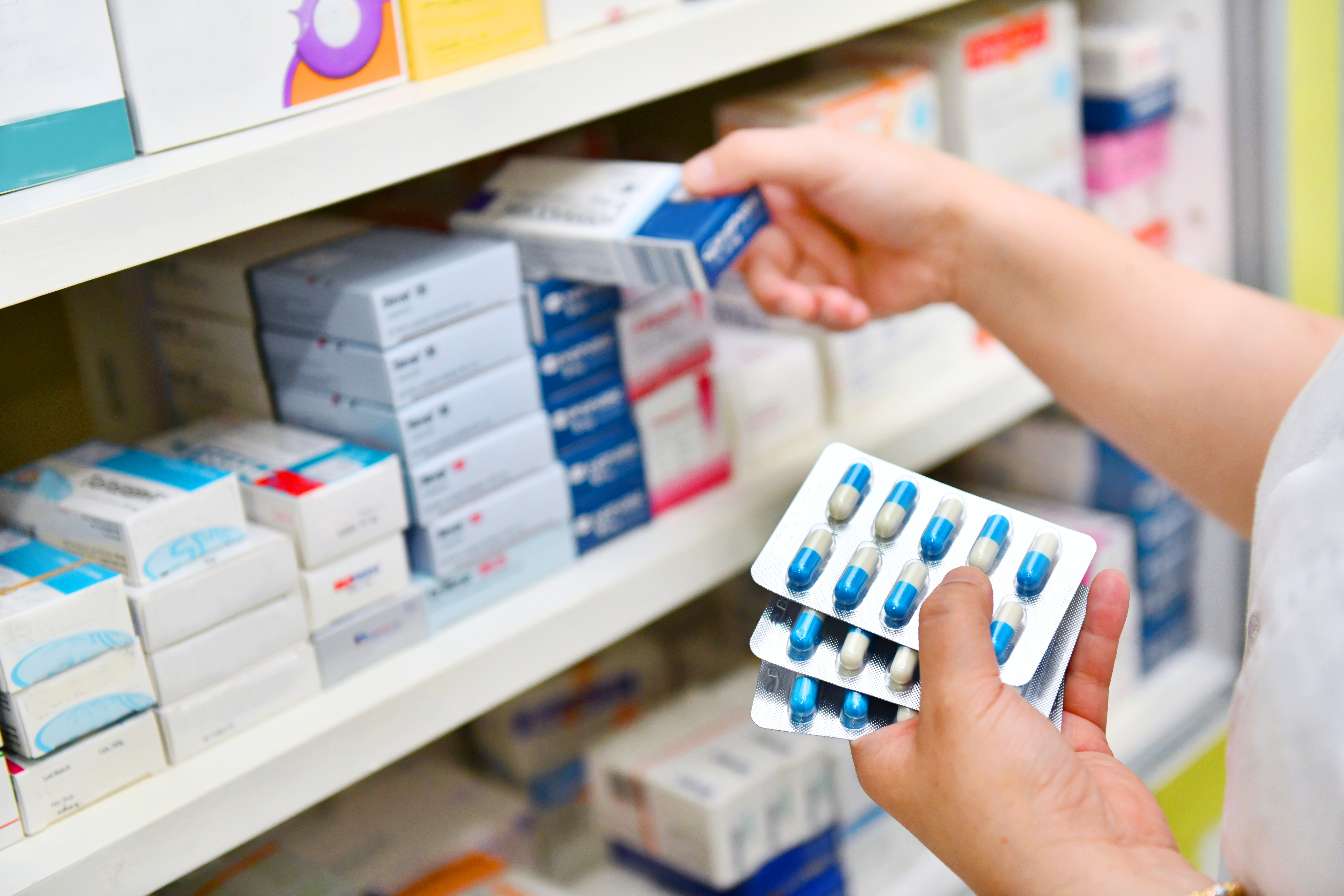 A pharmacist is at work. Shutterstock image via i viewfinder

PolitiFact rated an ad paid for by PhRMA-linked The Partnership for Safe Medicines as false Thursday. The ad claimed Florida state lawmakers “are pushing a new government program that allows prescription drugs from China without FDA inspection.”

But ultimately, the ad spending might not matter. Kaiser Health News explained the issue this way:

Just having a law like Vermont’s on the books is not enough to legalize importation. The next step is for the state to craft a proposal outlining how its initiative would save money without jeopardizing public health. The proposal, in turn, is then subject to approval by the federal Department of Health and Human Services.

HHS Secretary Alex Azar has spoken out against such proposals. He called prescription drug importation programs a “gimmick” in 2018, citing the Congressional Budget Office’s finding such a program would have no meaningful effect.

But perhaps DeSantis’s good relationship with the Trump administration will work in the bill’s favor.

“President Trump encouraged Governor DeSantis to proceed with this initiative and with the President’s support, we feel confident that this can get done safely and effectively,” a DeSantis spokesman said, according to the Washington Examiner on Monday.

On a congressional level, Sanders re-introduced the Prescription Drug Price Relief Act in the 116th Congress. The bill would “require the Secretary of Health and Human Services to make sure that Americans don’t pay more for prescription drugs than the median price in five major countries: Canada, the United Kingdom, France, Germany and Japan.” Interestingly, Sanders and Trump have the potential to become strange bedfellows on this issue: The Trump administration has floated an “international pricing index” that could reduce certain Medicare drugs to what other countries pay.

DeSantis’s office did not immediately respond to The Daily Caller News Foundation’s request for comment.