The former sheriff was convicted of criminal contempt in July 2017 for ignoring an injunction ordering his office to cease operations related to the detention of illegal aliens. A federal judge found that Arpaio’s officers regularly detained Latinos without reasonable suspicion of criminality for the sole purpose of assessing their immigration status, prompting the injunction.

Though the pardon protects the onetime lawman from jail time and further prosecutions, it did not expunge Arpaio’s contempt conviction. With the Justice Department’s support, Arpaio asked a federal district court in Arizona to vacate the conviction. The district court refused, prompting an appeal to the 9th U.S. Circuit Court of Appeals.

When the Justice Department indicated it would not defend the district judge’s decision, the 9th Circuit appointed a special prosecutor who would do so. Arpaio appealed that decision to the Supreme Court.

“The lower court has no power to replace the Department of Justice as prosecutors for the United States in a criminal case — including, if not particularly in, a prosecution for contempt of court,” Arpaio’s petition reads. (RELATED: Divided Supreme Court Poised To Allow Citizenship Question On 2020 Census) 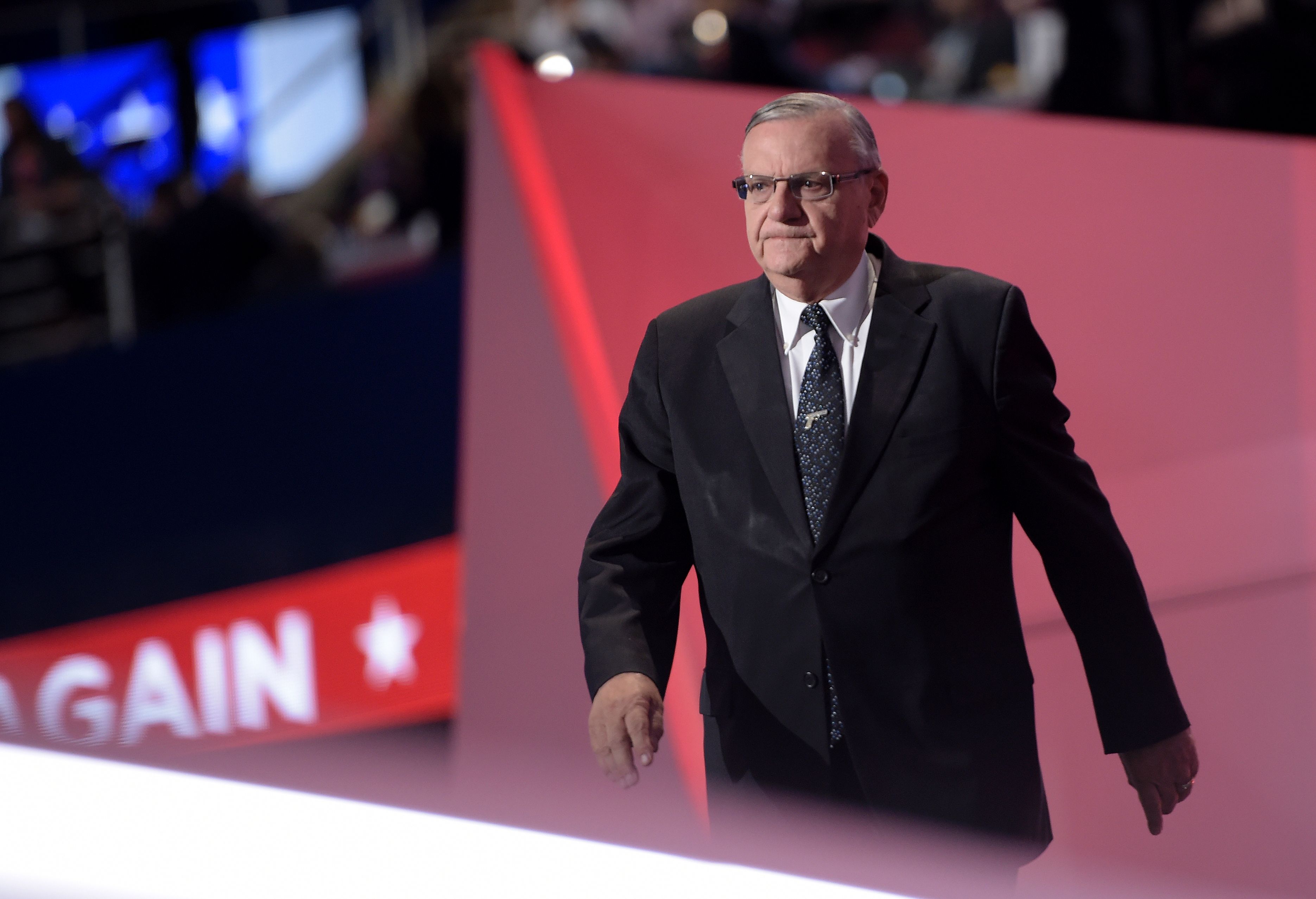 The Justice Department broke with Arpaio before the high court. In legal briefs, Solicitor General Noel Francisco agreed that the 9th Circuit had no authority to appoint a special prosecutor in this instance. However, Francisco urged the Court to reject Arpaio’s petition, saying the “special prosecutor” was not actually empowered to act like a prosecutor in the conventional sense.

The special prosecutor for Arpaio’s case is only authorized to file legal briefs defending Arpaio’s criminal conviction, and to argue that position in hearings before the 9th Circuit. Courts frequently appoint lawyers, called “amicus curiae” or “friend of the court,” in special circumstances to argue a particular issue or defend a lower court judgment.

In Arpaio’s case, the Justice Department said the powers of the special prosecutor are identical to those of an amicus, even if their titles are different, mitigating any serious legal issues.

“The order appointing the special prosecutor can be read to authorize the appointment of counsel with a role and authorities that are functionally equivalent to those of a court-appointed amicus curiae,” Francisco wrote.

“So construed, the order would avoid the serious constitutional concerns posed by a more broadly empowered special prosecutor,” he added.

As is typical of orders of this nature, the Court gave no reasons for rejecting Arpaio’s petition and the vote count was not disclosed. The case will now return to the 9th Circuit for further action. Christopher Caldwell of Boies Schiller Flexner will serve as special prosecutor.