“I actually have a friend who is a commentator who is Jewish who travels to temple with security now because that’s the error we’re living in and it’s just horrific.”

does sarah sanders keep picking prison stripes out of her closet because of a psychological tic? pic.twitter.com/jyOSAm7tZk

Breitbart White House reporter has another take on Sanders…

“Wow.  @PressSec getting a rockstar chant as she takes the stage in Green Bay — she calls it an ‘amazing honor’ to be at the rally, noting a “different” evening at WHCD last year.” — Charlie Spiering, White House reporter, Breitbart News.

He live-tweeted the whole ordeal.

The back of my head right now. pic.twitter.com/VXEQU9VStk

Update: “Thanks to everyone who sent well wishes while I was in the hospital the last day. I’m back at home.”

“Realizing I won’t ever take any of my work comp days because I have no hobbies or interests outside of reading and drinking.” — Joe Gabriel Simonson, Washington Examiner.

“Today I will be reporting what we have learned thus far on the security issue at the White House that led to the firing of the Secret Service head last month. There are many unanswered questions here, including presidential comms at Mar-A-Lago. This will be an ongoing series.” — Jack Posobiec, anchor, One America News Network.

But … he’s open about it and apologizes.

“Deleted this tweet because in abbreviating Japan I mindlessly wrote the offensive ‘Jap.’ Apologies.” 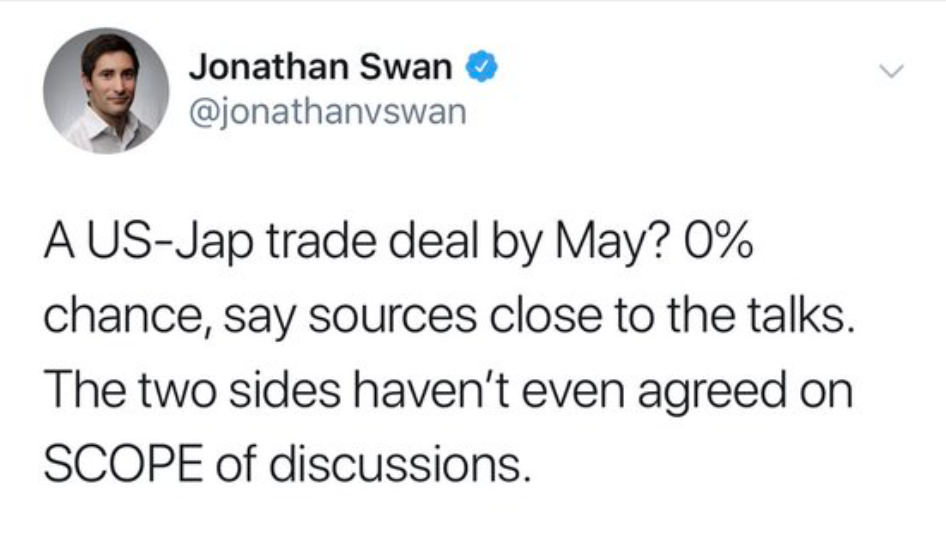 Oh look! As if by magic, Raheem Kassam is whining about Facebook

“Oh look! As if by magic, 2 days before we are due to launch @HumanEvents, Facebook suspends me from posting to my pages (which have over 1 [million] fans in total) for 3 days! No explanation of course.” — Raheem Kassam, editor, Human Events, ex-Breitbart News “London” Bureau Chief. (READ More About Raheem Kassam)

The argument of our time: tap versus fizzy water

Ben Dreyfuss: “Nothing tastier than carbonation!”

Ex-House Speaker Newt Gingrich: “Joe Biden is one of the nicest guys in politics.” — ABC’s “The View.”

Meghan McCain on ABC’s “This Week”: “In my opinion, Nancy Pelosi wasn’t hard enough in her response to [Omar’s] trafficking in anti-Semitic language, talking about, ‘All about the Benjamins,’ and how Jewish people had ‘hypnotized’ the world.” 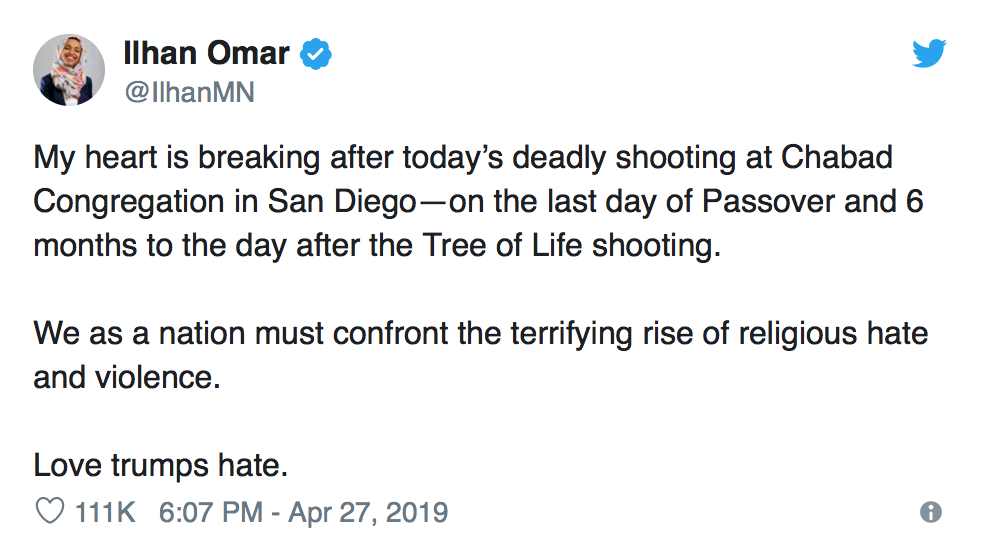 Eliot’s Spitzer‘s ex-girlfriend is Pete Buttigieg‘s swearing aide Lis Smith. Read all about her Type A political operative style in a new political profile by David Freedlander: “Lis Smith bursts through the doors of a marbled hotel bar in Brooklyn wearing oversized Anna Wintour sunglasses, a faux-fur lined coat and impossibly thin and tall high heels. She’s on her phone talking to another Buttigieg aide. She puts the word fuck through every part of speech the word can be bent into: noun, pronoun, gerund, verb, term of endearment, sobriquet, epithet, honorific. She is practically shaking with excess energy. I tell her that I have been calling around to former co-workers and associates, trying to get a sense of how she operates. “How badly, she asks me, “are you trying to fuck me over right now?” This story is well worth your time. Here.

Ex-White House Press Sec. Sean Spicer pops up at all the White House Correspondents’ Dinner parties. President Trump can no longer order him around. By the way, Trump Counselor Kellyanne Conway was also at the parties. She says technically she wasn’t at the dinner. Here.

Mehdi Hasan, The Intercept: “Question: how quickly will Kellyanne Conway be absorbed back into polite society once she’s left the White House? How quickly will all her lies, absurdities, gaslighting, [and] apologism for racism be forgotten/forgiven? Which big corporation will dare hire her? Which TV network?”

Soledad O’Brien, Starfish Media Group, ex-CNN-er: “Oh please. They all will. After his conviction as a sex offender, Jeffrey Epstein threw a dinner party. It was well attended. He served time for soliciting sex from a young girl. Google it. Read the comments of those who attended.”

Medhi Hasan: “It was rhetorical Soledad! I know she’ll get away with it. Spicer was at Harvard for a time!! … Folks like you and me @soledadobrien will have to keep calling them out and keeping them honest.”

“I need to learn some ballroom dancing for when I reach the inevitable low point in my life in which I end up on Dancing With The Stars following my equally as inevitable mid-life crisis.” — CJ Pearson, pro-Trump activist.

Someone just spotted and snapped a photo of @BernieSanders at Hannafords in Burlington, VT and he’s buying his groceries. pic.twitter.com/A8z0IWxEmn