The newly-minted candidate earned 36% support among respondents, 6% higher than he earned in the same poll last week, according to Morning Consult. Sen. Bernie Sanders took up second place with 22% of the vote, and fellow Sen. Elizabeth Warren took up third place with 9% support among Democratic respondents nationwide.

Sanders fell by 2 percentage points, and “Mayor Pete” Buttigieg dropped one point from last week. Sen. Cory Booker also lost support over the week, indicating that Biden’s rise didn’t come from any one candidate, but rather from previous supporters of multiple candidates now that he’s officially announced. (RELATED: Mark Steyn: Bernie Just Gets To Be Bernie, Biden Has To Be Somebody Else)

Biden led the field in another revealing category, favorability. The former vice president earned a 76% rating, compared to Sanders’ 74%, and Warren’s 56% favorability rating. 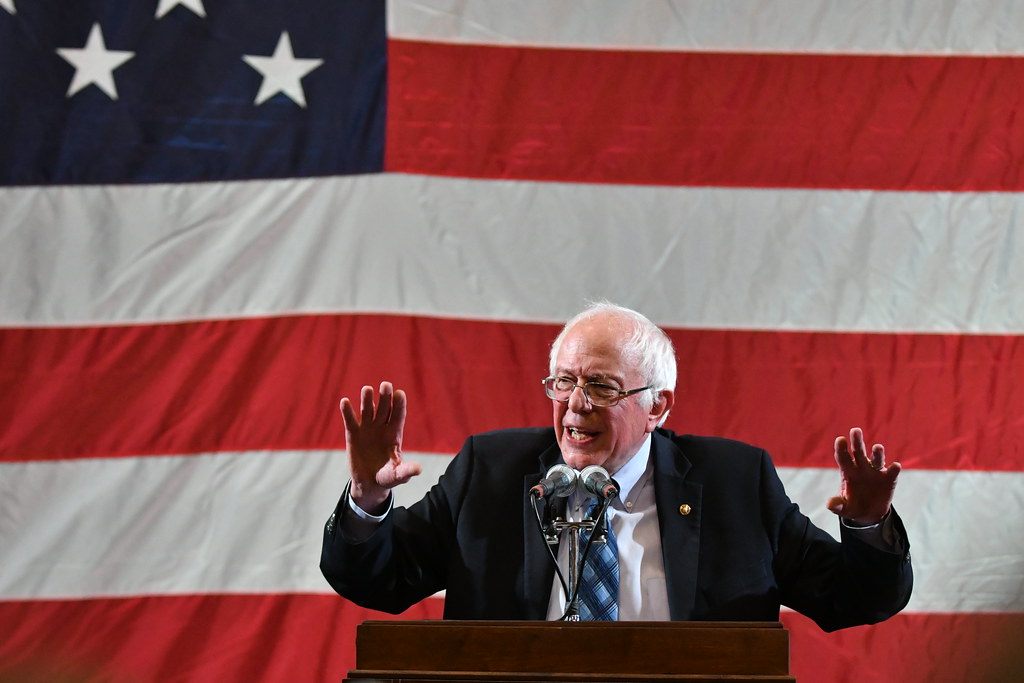 Sen,. Bernie Sanders Speaks To Supporters by jeffgauthier99 is licensed under CC PDM 1.0

Morning Consult contacted 15,475 respondents who self-reported they were likely to vote in a Democratic primary or caucus in their state. The poll ran daily from April 22 through April 28, and carried a margin of error of 1 percentage point in either direction.

Biden officially announced his candidacy for the presidency early Thursday morning, taking the time to attack President Donald Trump for his response to the 2017 violence in Charlottesville.

The former vice president was officially endorsed by Democratic Sens. Chris Coons of Delaware, Bob Casey of Pennsylvania and Doug Jones of Alabama. He raised $6.9 million during his first official 24 hours as a candidate, more than Sen. Elizabeth Warren. He was also recently endorsed by the International Association of Fire Fighters, a division of the AFL-CIO.