85-year-old Japanese Emperor Akihito abdicated the throne after reigning for 30 years, stepping down Tuesday to let his son take his place.

Akihito announced his abdication in a short speech over television, standing next to his wife, the Empress Michiko, in the Imperial Palace’s Pine Chamber according to the Washington Post. He is the first Japanese emperor to abdicate the throne since Emperor Kokaku abdicated and was succeeded by his son in 1817. Akihito’s son, crown Prince Naruhito, will be crowned on Wednesday, according to WaPo.

“Since ascending the throne 30 years ago, I have performed my duties as the emperor with a deep sense of trust in and respect for the people, and I consider myself fortunate to have been able to do so,” the emperor said in his television appearance, according to the Washington Post. (RELATED: Japan Offers Apology And Compensation For Forced Sterilization Victims)

“I pray with all my heart for peace and happiness for all the people in Japan and around the world,” Akihito said. 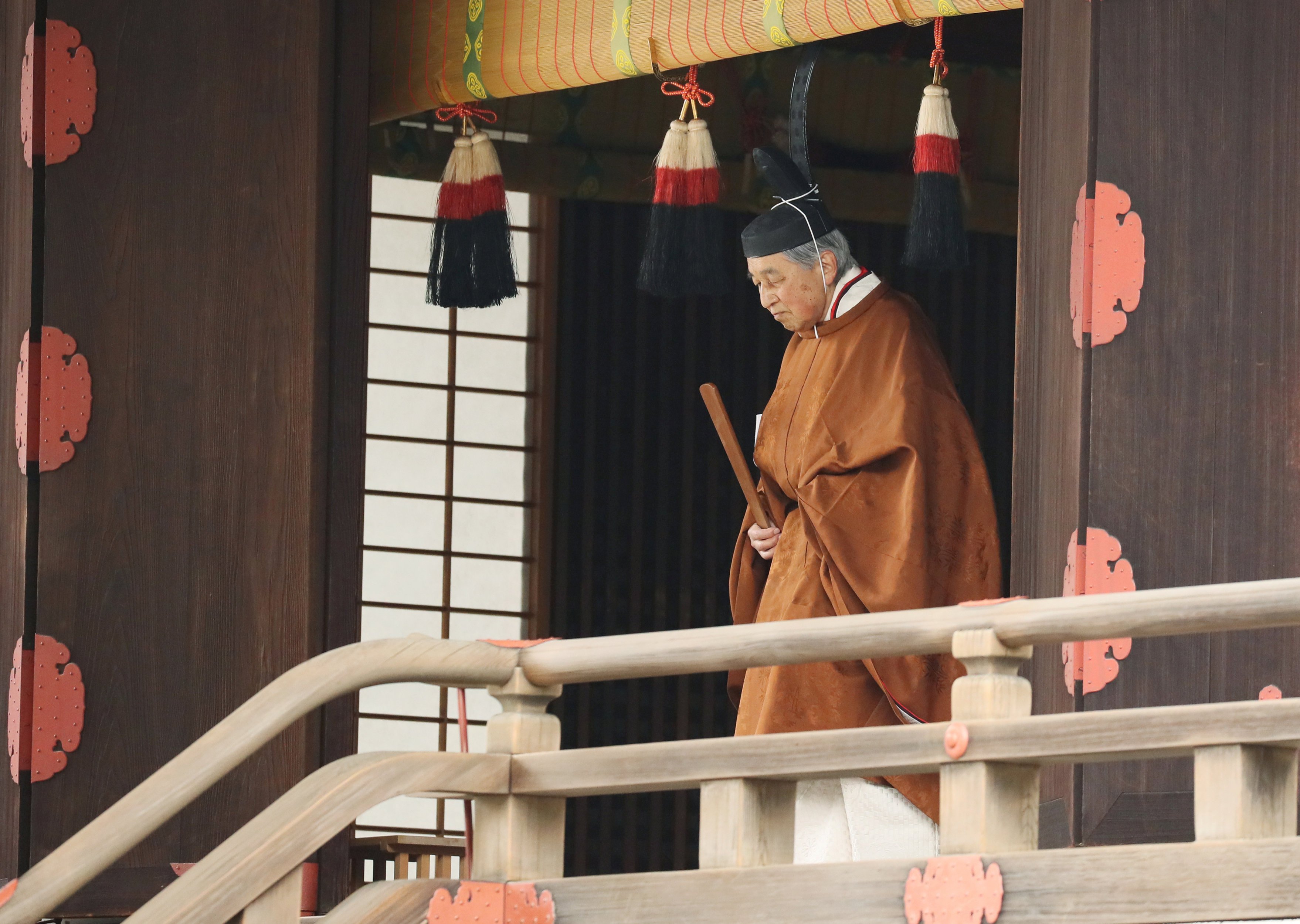 Japan’s Emperor Akihito walks for a ritual called Taiirei-Tojitsu-Kashikodokoro-Omae-no-gi, a ceremony for the Emperor to report the conduct of the abdication ceremony, at the Imperial Palace in Tokyo, Japan April 30, 2019. Japan Pool/Pool via REUTERS

Ceremonial procedures accompanied the emperor’s abdication in which some of Japan’s sacred treasures were presented: a sword representing valor, a jewel representing benevolence, the Privy Seal of the emperor, and the Great Seal of Japan, which is the seal of state according to The Washington Post.

As emperor, Akihito served as “the chief nationalistic symbol” and national figurehead but held no real political power, according to BBC.

Japanese citizens reportedly adore Akihito for a compassionate reign, humanist approach to his imperial state, and his refusal to emphasize nationalistic tradition related to his reign, according to The Washington Post. However, ultra conservatives took issue with his humanist approach, particularly for attitudes that lessened his imperial reputation such as kneeling down to talk to victims of Nagasaki volcanoes.

“While keeping in our mind the way Your Majesty has lived, we the people of Japan are determined to work for the creation of a bright future for Japan as a peaceful country full of hope and pride,” said Prime Minister Shinzo Abe, also expressing “deep reverence and gratitude” to Akihito for sharing the “joys and sorrows” of the Japanese people.