House Democrats on Monday set aside $50 million in their initial labor, health and education bill to study gun violence, ending a 20-year congressional hold on the subject.

The Centers for Disease Control and Prevention (CDC) and the National Institutes of Health (NIH) will split the money to study firearm injury and mortality prevention, according to Politico.

Lawmakers have been wary of funding gun-related research since the 1996 passage of the Dickey Amendment, which “prohibits the CDC from using federal funds to advocate for gun control,” according to The Hill. Democrats have lobbied for such funding since that time. 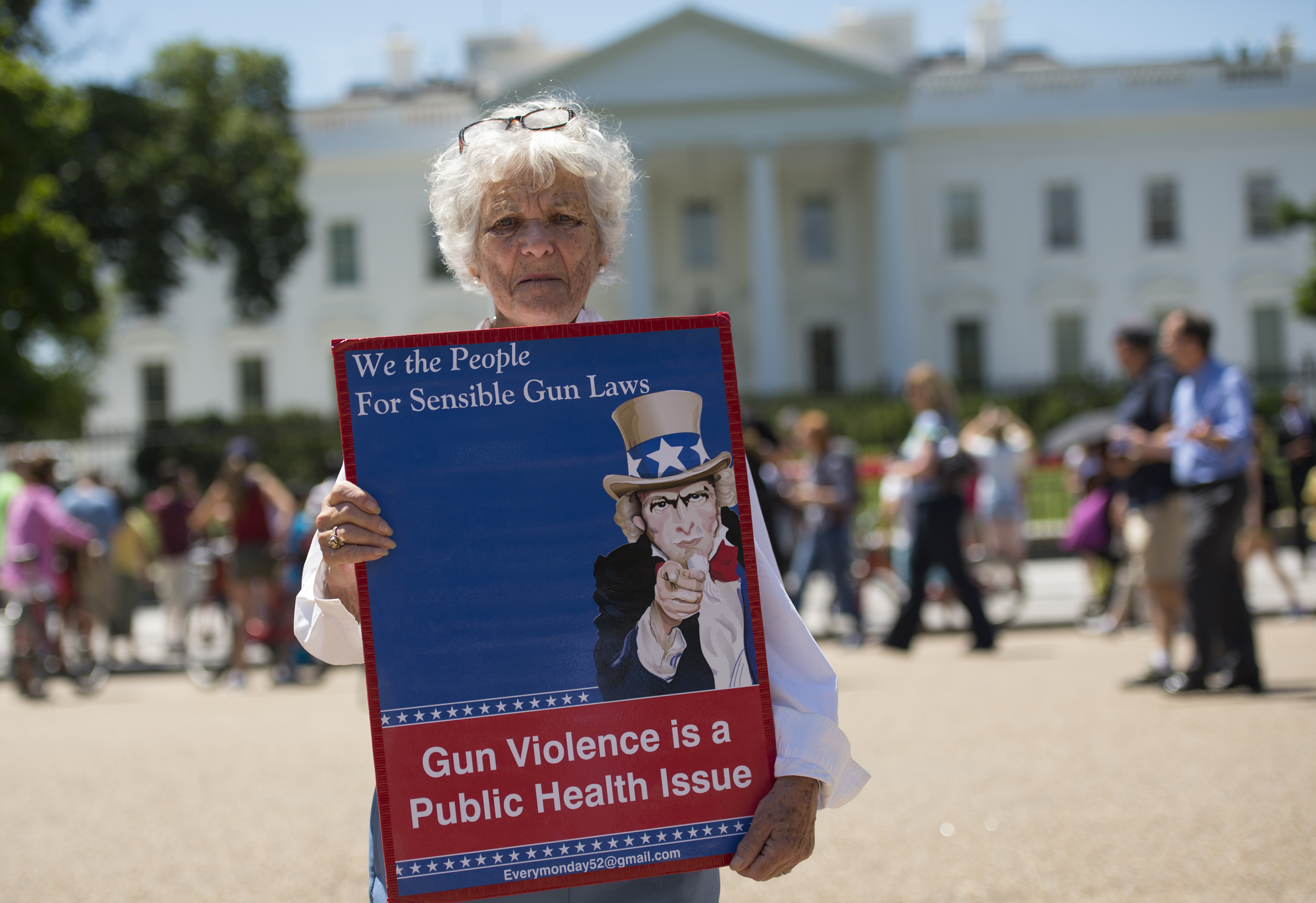 A woman walks with a sign to protest gun violence and call for sensible gun laws outside the White House June 13, 2016, in Washington, DC. (Photo by MOLLY RILEY/AFP/Getty Images)

John Lott Jr., president of the Crime Prevention Center, is skeptical that studying gun violence can reduce the problem. “The idea behind the $50 million in research funding is to have medical professionals apply tools they developed to study cancer, heart disease and other diseases and use them to study crime, accidental death and suicide. But to state the obvious, gun violence and diseases are two very different things,” he said in a Fox News op-ed.

“It’s important to take effective measures to deal with this problem and not simply take actions that sound appealing but won’t really save lives.”

“The time for action has never been more urgent — that’s why we applaud the 2019 House majority for taking this issue seriously from day one,” said its managing director Robin Lloyd.

“Along with passing stronger gun laws, they are finally allocating money for researchers to properly study this public health and public safety crisis,” he added.

The CDC previously warned it is unable to produce meaningful gun violence research without substantial budgets, according to an agency spokesman.

“Dedicated funding from Congress would help CDC to move forward in this work,” the CDC told Politico in March.

The study was included in the $189.8 billion spending bill being proposed by Democrats for fiscal 2020, which begins Oct. 1. The bill is the first of 12 spending bills being rolled out.