A Jordanian national pleaded guilty to conspiring to bring illegal Yemeni immigrants into the United States through the Mexican border, the Department of Justice announced Tuesday.

Moayad Heider Mohammad Aldairi, 31, conspired with multiple other individuals to smuggle six or more Yemeni nationals over the U.S.-Mexican border and into Texas in exchange for a monetary payment. In a plea agreement, Mohammad Aldairi admitted wrongdoing, however, he has not yet been sentenced.

In addition to helping transport illegal aliens over the Rio Grande from Mexico, Mohammad Aldairi supplied accessories, such as hard hats and construction vests, to enable the Yemenis to blend in once they arrived in Texas.

“When Mohammad Aldairi illegally smuggled multiple Yemeni aliens across our southwest border, he put the security of the United States in peril,” Assistant Attorney General Benczkowski of the Justice Department’s Criminal Division said in a statement. “The Department of Justice cannot — and will not — tolerate such threats to our national security. The Criminal Division remains dedicated to prosecuting alien smugglers, especially criminals like Aldairi who attempt to sneak aliens from countries of interest into the United States.”

“Border security is national security. We simply cannot have an immigration system that allows people from all over the world to enter this country without detection,” U.S. Attorney John F. Bash of the Western District of Texas continued. “We must know the identity of every person setting foot on U.S. soil, however they enter.” 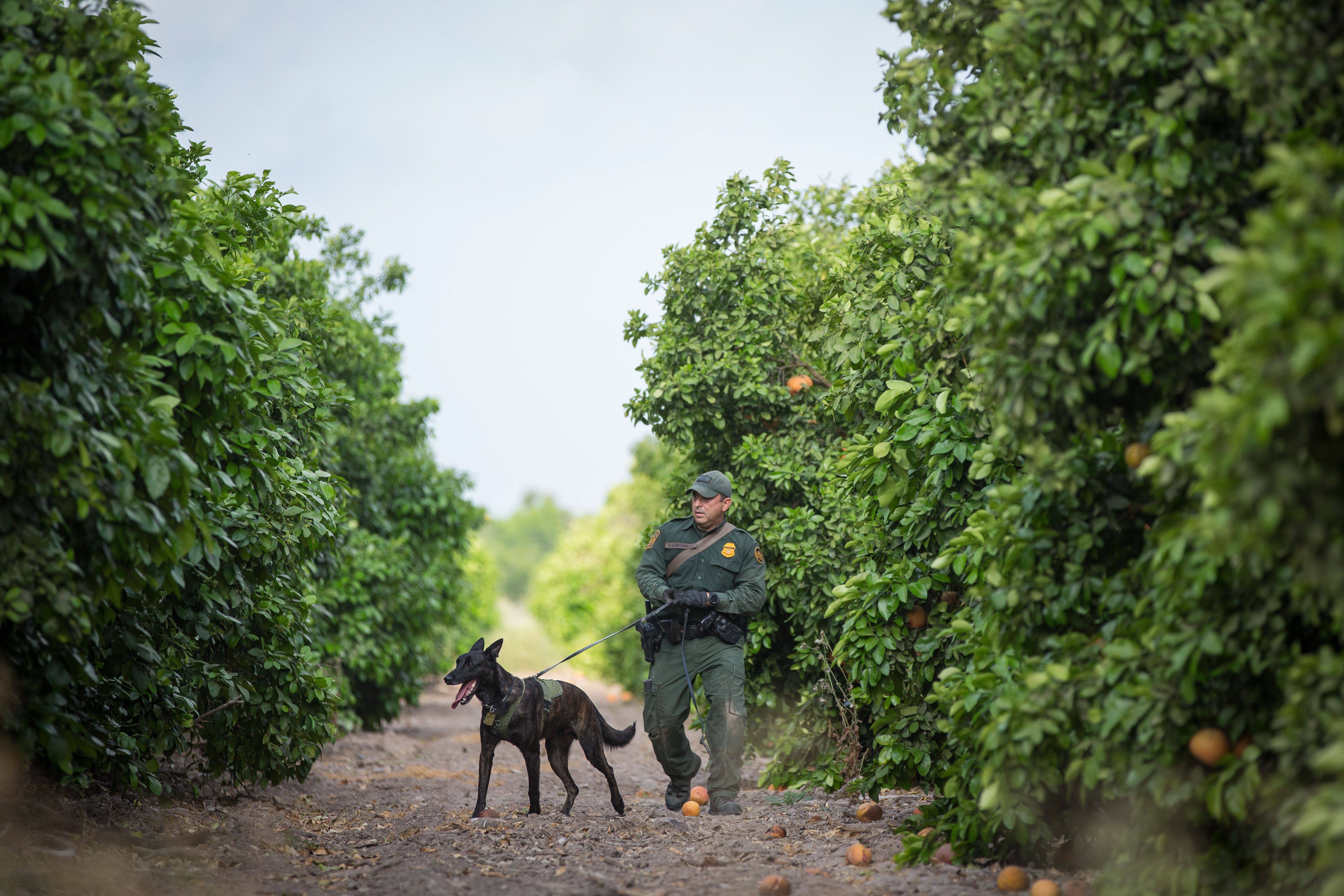 A Border Patrol agent and accompanying canine track signs of illegal immigrants through a grapefruit orchard near the Mexican border in the Rio Grande Valley Sector. (Loren Elliott/AFP/Getty Images)

Immigration and Customs Enforcement’s Homeland Security Investigations (HSI) in Eagle Pass, Texas, led the probe into Mohammad Aldairi. It was assisted by HSI in New York, Monterrey and Jordan, as well as by Customs and Border Protection, Border Patrol and FBI San Antonio. (RELATED: Mexican National Gets Light Sentence For Illegally Voting In Presidential Election)

“This investigation is a great example of how Homeland Security Investigations uses its worldwide resources, foreign and interagency partnerships to bring international criminals to justice in the United States,” said Shane M. Folden, special agent in charge. “Mohammad Aldairi was a key facilitator and smuggler of Yemeni nationals; the illicit pathway he created into the U.S. is now dismantled.”

“This case is a perfect example of collaboration between different government agencies, making each individual agency more effective than it would be on its own,” said Chief Patrol Agent Raul Ortiz the Del Rio Sector. “The U.S. Border Patrol relies on cooperation with our law enforcement partners to secure our nation’s borders and to protect the communities we live in.”