“Imagine what the hospitals — who are the entities of last resort — have gone through as part of this [opioid] crisis,” said the hospitals’ lawyer, Stephen B. Farmer, according to the Associated Press. “Their day-to-day ability to treat people effectively has been completely disrupted by the whole spate of opioid issues that come through their doors every day.”

The hospitals say the opioid companies, some of the largest in the country, inundated the Appalachian region with the prescription pain pills. West Virginia has the highest age-adjusted opioid overdose rate in the country. (RELATED: Activist With ALS Who Needs Help From Computer To Speak Testifies At First Medicare For All Hearing)

The suit is the first one brought by a big group of hospitals against opioid companies, the hospitals’ lawyers said. The suit cites statistics claiming the number of opioid-related emergency room visits has doubled nationally, blaming unlawful marketing and distribution for millions of dollars in uncompensated care hospitals have to shoulder, reported the AP. The hospitals are seeking “that the responsible parties be held accountable for the role they’ve played in this crisis,” Ronald Pellegrino, chief operating officer at WVU Hospitals, said. 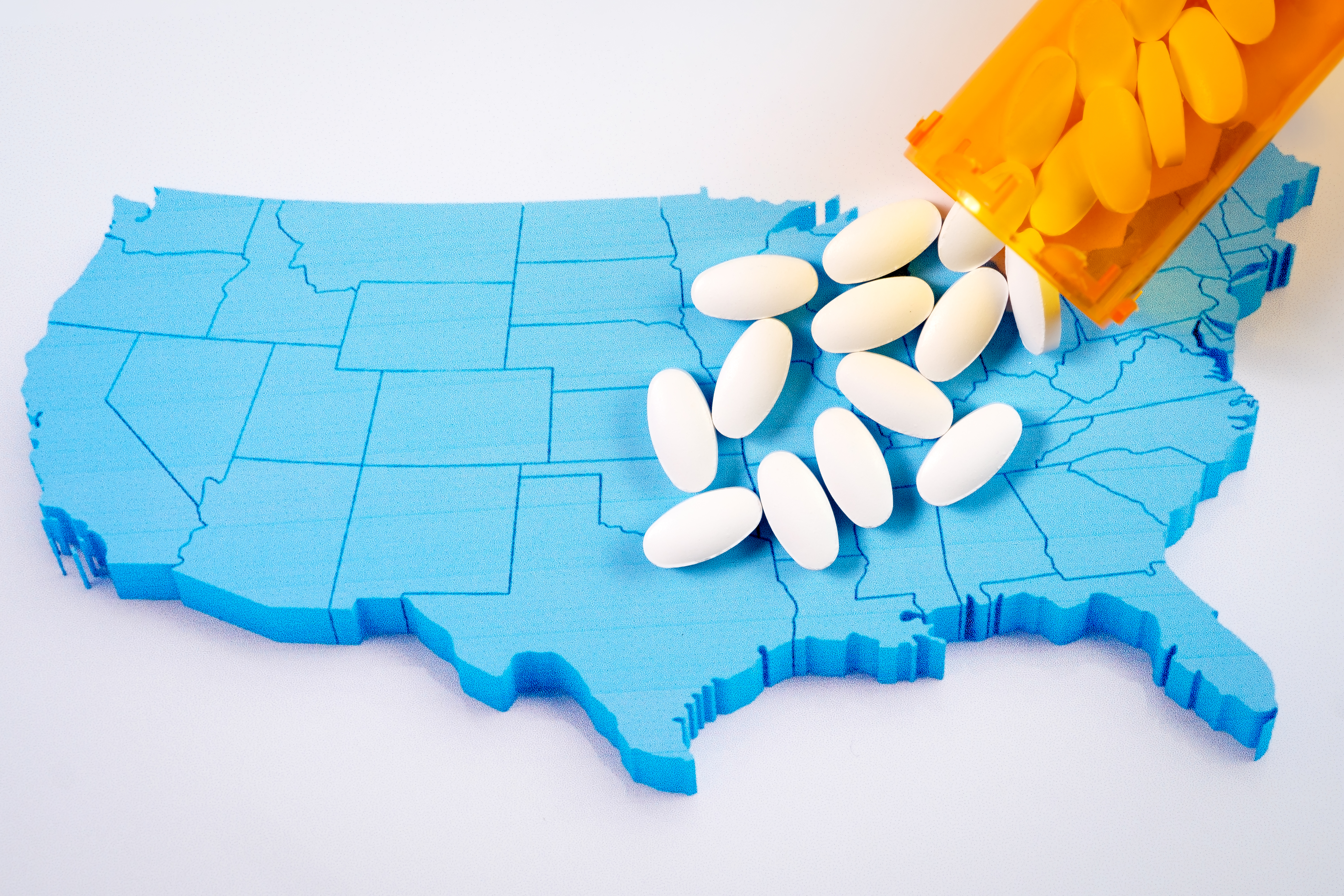 Pills are dumped on a model of the U.S. Shutterstock image via user Scotyard

Distributors AmerisourceBergen and Cardinal Health as well as the Sackler family, which controls Purdue Pharma, are additional defendants named in the suit, reported the AP.

AmerisourceBergen responded to the hospitals’ suit in a statement.

“A significant number of these doctors – 38 percent in the U.S. – are employed by hospitals, which is where in many cases they prescribe, fulfill through distributors, and then dispense medications to patients,” the statement reads according to the AP. “This is why hospitals pursuing legal action related to opioid abuse against other members of the supply chain is counterproductive and ignores the facts.”

Other prescription opioid makers are starting to face lawsuits like the ones brought against Purdue Pharma. An Oklahoma suit against several drugmakers paints Johnson & Johnson as an opioid “kingpin,” according to media reports in mid-March.

The Daily Caller News Foundation reached out to Purdue Pharma but did not receive a response at the time of publication.