Democratic lawmakers can proceed with their lawsuit alleging President Donald Trump is violating an anti-corruption provision of the Constitution, a federal judge in Washington, D.C., ruled Tuesday.

U.S. District Judge Emmet Sullivan rejected the president’s bid to dismiss the lawsuit, allowing the case to proceed to an evidence-gathering phase — called discovery — in which Democrats hope to gain visibility on Trump’s closely held finances.

“This decision is a tremendous victory and vindication of a common sense reading of the Constitution,” said Democratic Sen. Richard Blumenthal, who is the lead plaintiff. “In an extraordinarily well-reasoned opinion, the court soundly rejected the president’s absurd argument that he is above the law.”

“The next step should be discovery and full disclosure of all the documents and evidence relevant to our emoluments claims,” Blumenthal added.

Yet discovery is unlikely to begin in the near future. The Justice Department, which is defending the president in this case, still disputes the plaintiffs’ right to bring the emoluments lawsuit in the first place. Though Sullivan previously ruled the plaintiffs do have standing to sue, he still has to decide whether to certify that issue for immediate appeal. He ordered both parties to submit legal briefs addressing the certification question Tuesday. The briefing will conclude no later than May 28.

At issue in the dispute is the Constitution’s foreign emoluments clause, which prohibits officeholders from accepting “Emolument, Office, or Title, of any kind whatever” from other countries. Congressional Democrats say the president is violating this provision, since his businesses receive benefits from foreign governments without legislative approval.

The plaintiffs note, for example, that the Saudi and Kuwaiti governments have poured tens of thousands of dollars into Washington’s Trump International Hotel for rooms and events, while the Chinese government has approved 40 trademarks for Trump businesses. (RELATED: There’s A New Push To Review Judicial Misconduct Complaints Against Brett Kavanaugh) 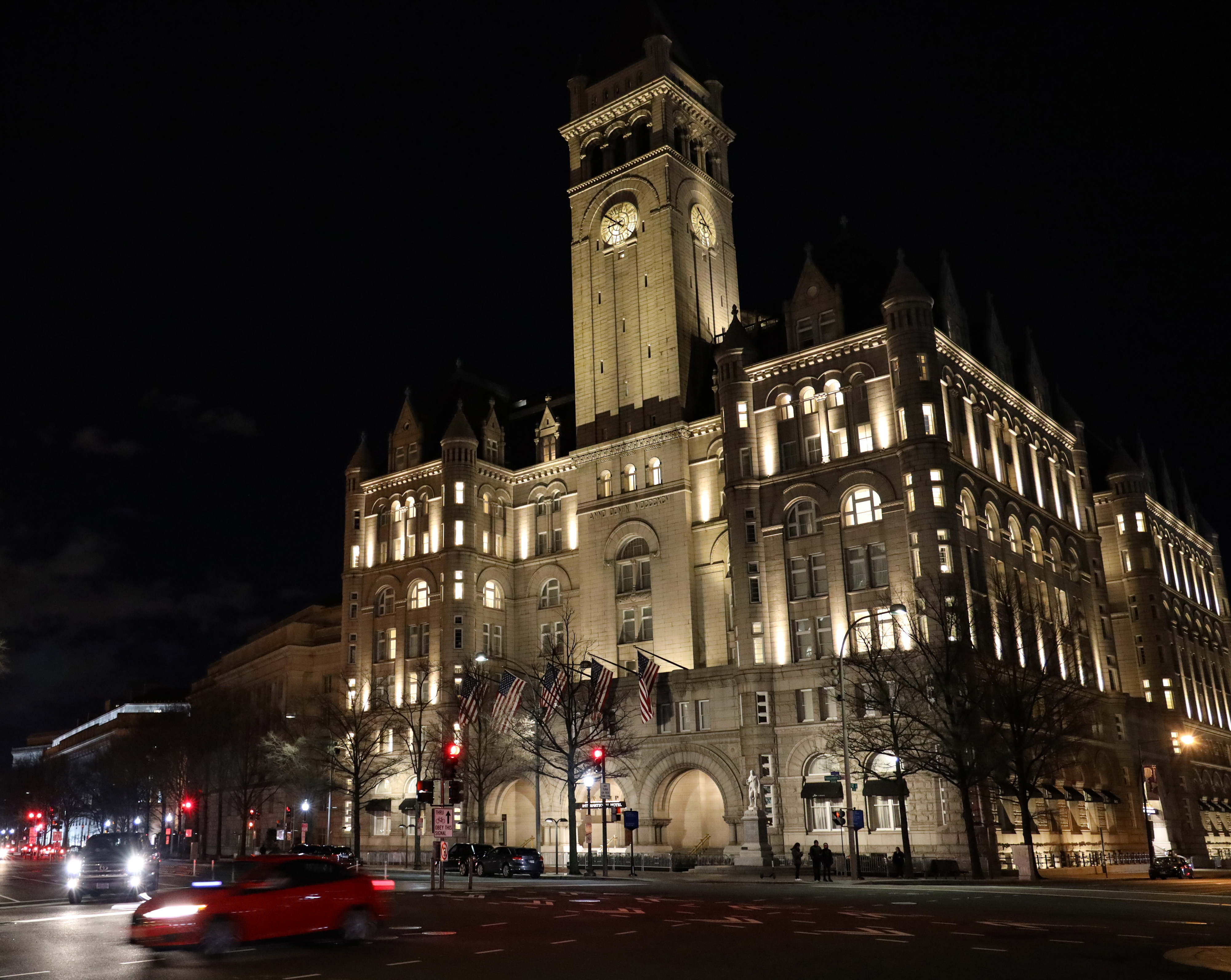 In rebuttal, the Justice Department argues the emoluments clause is not a total prohibition on ordinary transactions with foreign governments. Rather, it forbids a quid pro quo in which a federal officer receives compensation from a foreign power for performing some official act.

To substantiate this reading, the Department claims the term “emoluments” as used in the founding period only referred to official acts, while the founders never suggested that an officer-holder should divest of their commercial interests. Such a demand would have been unusual, since many federal officers were unsalaried during that period, instead receiving compensation through fee systems.

“The president’s definition, however, disregards the ordinary meaning of the term as set forth in the vast majority of founding-era dictionaries; is inconsistent with the text, structure, historical interpretation, adoption, and purpose of the clause; and is contrary to executive branch practice over the course of many years,” Sullivan wrote.

Another emoluments clause dispute is proceeding through the federal courts. The attorneys general of Maryland and Washington, D.C., lodged their own lawsuit against Trump, which is pending before the 4th U.S. Circuit Court of Appeals. That panel is poised to side with the president.

Trump’s sprawling business interests are beset with legal woes; aside from the emoluments litigation, Trump companies are also fighting subpoenas from congressional committees, and state-level inquiries.