The U.S. Commission on International Religious Freedom decried China’s overt attacks against religious practices and urged sanctions against the country in its 20th annual report.

The USCIRF singled out China in the introduction among the 28 countries it detailed in its report, describing Beijing’s efforts to suppress various religions and violate the human rights of people of faith in order to bring China in line with President Xi Jinping’s vision of “sinicization.” The report called for the U.S. to redesignate China as a “country of particular concern” regarding human rights violations and to increase sanctions on exports of advance U.S. technology to China. (RELATED: China Claims It Arrested 13,000 Uyghur ‘Terrorists’ Since 2014)

“As a Tibetan, you may be forced to study Buddhism in a language that is not Tibetan, your native tongue, or detained for possessing a photo of your spiritual leader, the Dalai Lama. As a Christian, your Bible may have been rewritten by the Chinese government, your church shuttered or demolished, and your pastor imprisoned,” the report stated.

“As a Muslim — particularly an ethnic Uighur Muslim – you may be forcibly sent to a concentration camp where you are held against your will and subjected to unspeakable acts of abuse and alleged torture, all while authorities pressure you to abandon your faith,” the report added.

China has detained between 800,000 and 2 million Uighur Muslims in internment camps, deployed 1 million government agents to live with and spy on Uighur families, deployed surveillance technology to suppress Tibetan Buddhists, shut down various churches throughout the country and arrested pastors, and arrested more than 900 Falun Gong members over the past year. 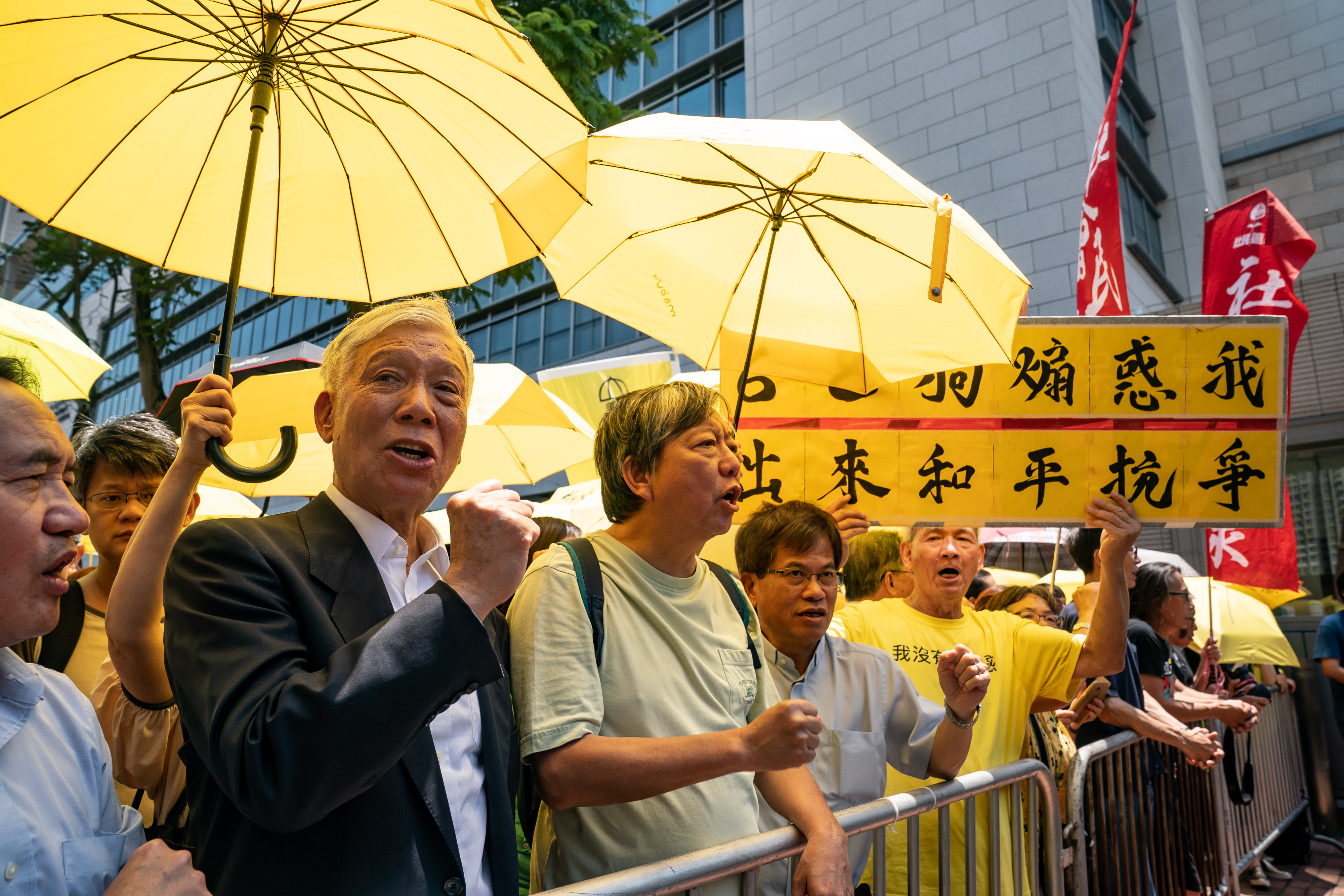 HONG KONG, APRIL 24: Occupy co-founder Reverend Chu Yiu-ming and pro-democracy activist Lee Cheuk-yan shout slogans as they wait for the prison car outside of the West Kowloon Courts Building after the sentencing of the ‘Occupy 9’ on April 24, 2018 in Hong Kong, Hong Kong. (Photo by Anthony Kwan/Getty Images)

The report noted the Chinese government gave jurisdiction over religious affairs to the Chinese Communist Party, “further eroding the barrier between religion and party.”

The authors of the report also urged the Vatican to take an active role in pressuring the Chinese government to cease hostilities against the Christian underground church, as they inadvertently enabled Beijing to seize more power over the church according to the terms of their Sino-Vatican deal.

The Vatican’s deal with China is “one of the most alarming incidents as it relates to religious freedom in the entire year” according to the “individual views of Commissioner Johnnie Moore.”

“Being that the Vatican is both a Church and a State, it is my opinion that the Vatican now bears a significant moral and legal responsibility to help solve the problem which it helped create — albeit inadvertently — by providing China license to viciously crack down on Christian communities,” Moore said in the report.

The USCIRF recommended the U.S. maintain its export sanctions against China and increase them, especially regarding exports of advanced U.S. technology that China has used to surveil and suppress faith communities.