California Congressman and 2020 Democratic hopeful Eric Swalwell took a lot of grief on Twitter for advocating on behalf of an equal rights amendment to the Constitution.

But it wasn’t advocacy that was mocked; it was his knowledge of the document he wants to amend — a document he, as a member of Congress, swears an oath to “support and defend.”

“Do you know how many times the word ‘Woman’ is mentioned in the Constitution? Zero. That is unacceptable. Women must be equally represented and equally protected. #ERANow,” Rep. Swalwell tweeted Tuesday night.

Swallwell is correct in mentioning that the word “woman” is not mentioned at all in the Constitution. What he left out of his argument the fact that the word “man” does not appear in its language, either. 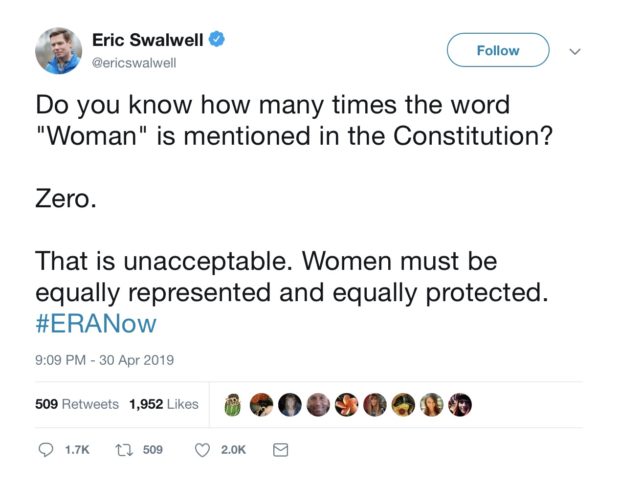 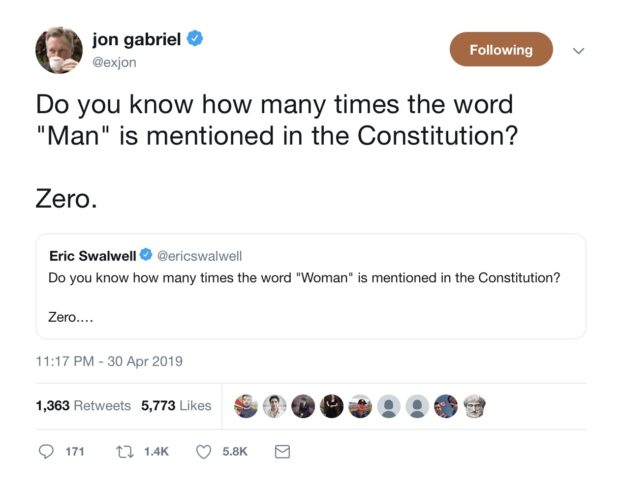 By Tuesday evening, Swalwell’s post had been “ratioed,” meaning it received more mocking comments than it did likes or retweets, by a margin of three-to-one.

Earlier in the day, Swalwell had a much better received tweet on the subject of the ERA, saying, “Women’s rights are human rights. It’s as simple as that. #ERANow”

Swalwell, whose campaign slogan is “Go Big. Be Bold. Do Good.,” launched his campaign less than a month ago, has tried to differentiate himself from the rest of the sizable Democratic field by supporting the idea of gun confiscation from law-abiding Americans.