The Trump administration Wednesday requested an additional $4.5 billion in emergency border spending from Congress, a request that will likely face pushback from Democratic lawmakers.

“The situation becomes more dire each day. The migration flow and the resulting humanitarian crisis is rapidly overwhelming the ability of the Federal Government to respond,” Russ Vought, the acting White House budget director, said in the request, according to The Washington Post.

The White House request includes $3.3 billion for humanitarian assistance, $1.1 billion for border operations, and another $377 million for the National Guard and Pentagon to operate on the border. The appeal comes after acting Homeland Security Secretary Kevin McAleenan told Congress on Tuesday his department needed more money to deal with the influx of illegal migrants pouring across the U.S.-Mexico border.

“Given the scale of what we are facing, we will exhaust our resources before the end of this fiscal year,” McAleenan said Tuesday before a congressional committee.

An unprecedented number of Central American families and unaccompanied minors have been reaching the U.S.-Mexico border, stretching law enforcement’s resources past the breaking point. Many of the rules and regulations, DHS has argued, are geared for single males from Mexico, and cannot deal with the inundation of family units and children from noncontiguous countries. 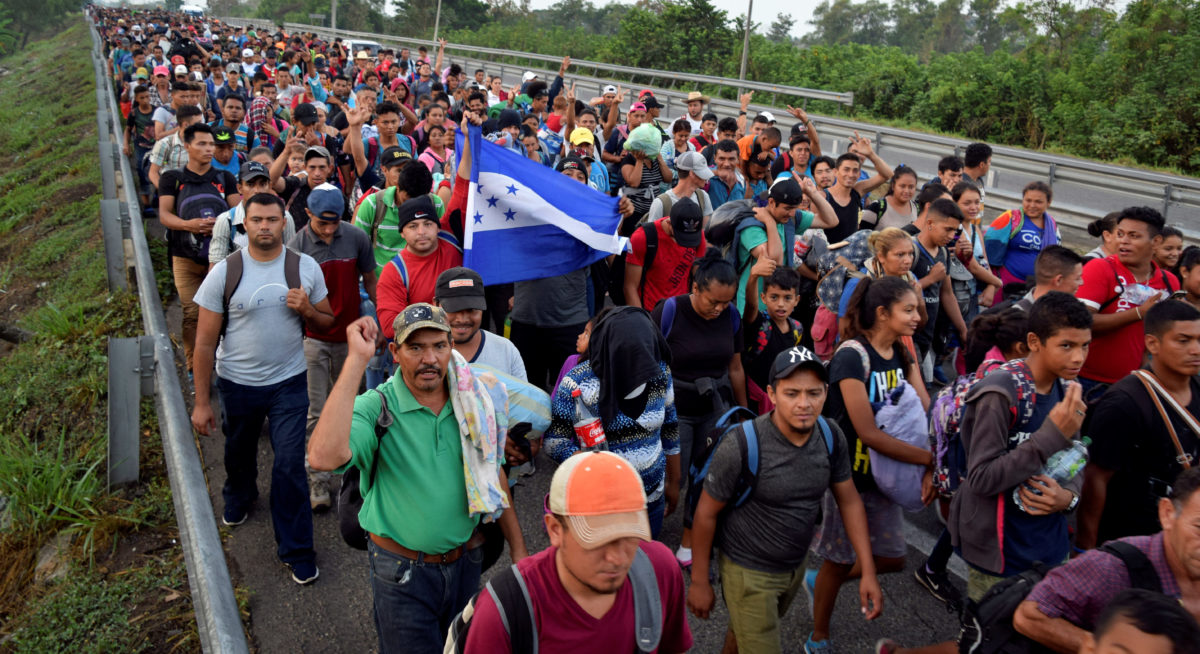 The Border Patrol’s Yuma Sector, for example, already spent $600,000 on formula, diapers, food and other basic care during the current fiscal year — a dramatic increase from the $300,000 the sector spent in 2018’s fiscal year for the same items. The Health and Human Services Department, Vought said, will soon run out of funds to care for children caught at the border. (RELATED: Border Patrol Arrests 424 Illegal Immigrants At Once In The ‘Largest’ Arrest It’s Ever Made)

The White House’s proposal Wednesday follows the $8 billion President Donald Trump asked for in his latest budget request, and the approximately $6 billion he is seeking to use in his border emergency declaration.

Congressional Democrats have fought tooth-and-nail against Trump’s attempts to increase border funding, with the most notable battle resulting in the longest federal government shutdown in history. Democrats failed in their attempt to block Trump’s emergency declaration, and they are using a popular veterans bill to block wall construction funding.