Democratic presidential candidate Beto O’Rourke signed the “No Fossil Fuel Money” pledge pushed by environmental activists — a pledge he signed and violated during the 2018 election cycle.

“I’ve done it in large part because I was asked to by students at William and Mary, when I was in Virginia, students, young people, activists and advocates that I’ve met all over the country who understand that we don’t take PAC money, we don’t accept help from corporations or lobbyists or special interests,” O’Rourke said in a video released Wednesday night.

“But given the enormity of our challenge right now … and that we need everybody on board to meet this challenge head on, we don’t want there to be any real or perceived conflicts of interests,” O’Rourke said.

I have signed the No Fossil Fuel Money Pledge. Here’s why: pic.twitter.com/VtuJQeMMgT

The “No Fossil Fuel Money” pledge is administered by a coalition of environmental groups, led by Oil Change, and currently has more than 1,300 signatories, including 2020 Democratic presidential candidates.

O’Rourke signed the pledge during the 2018 election cycle, but was removed from the list of signatories when it was discovered he took $430,000 from oil and gas executives. O’Rourke lost his 2018 bid to unseat Texas Republican Sen. Ted Cruz. 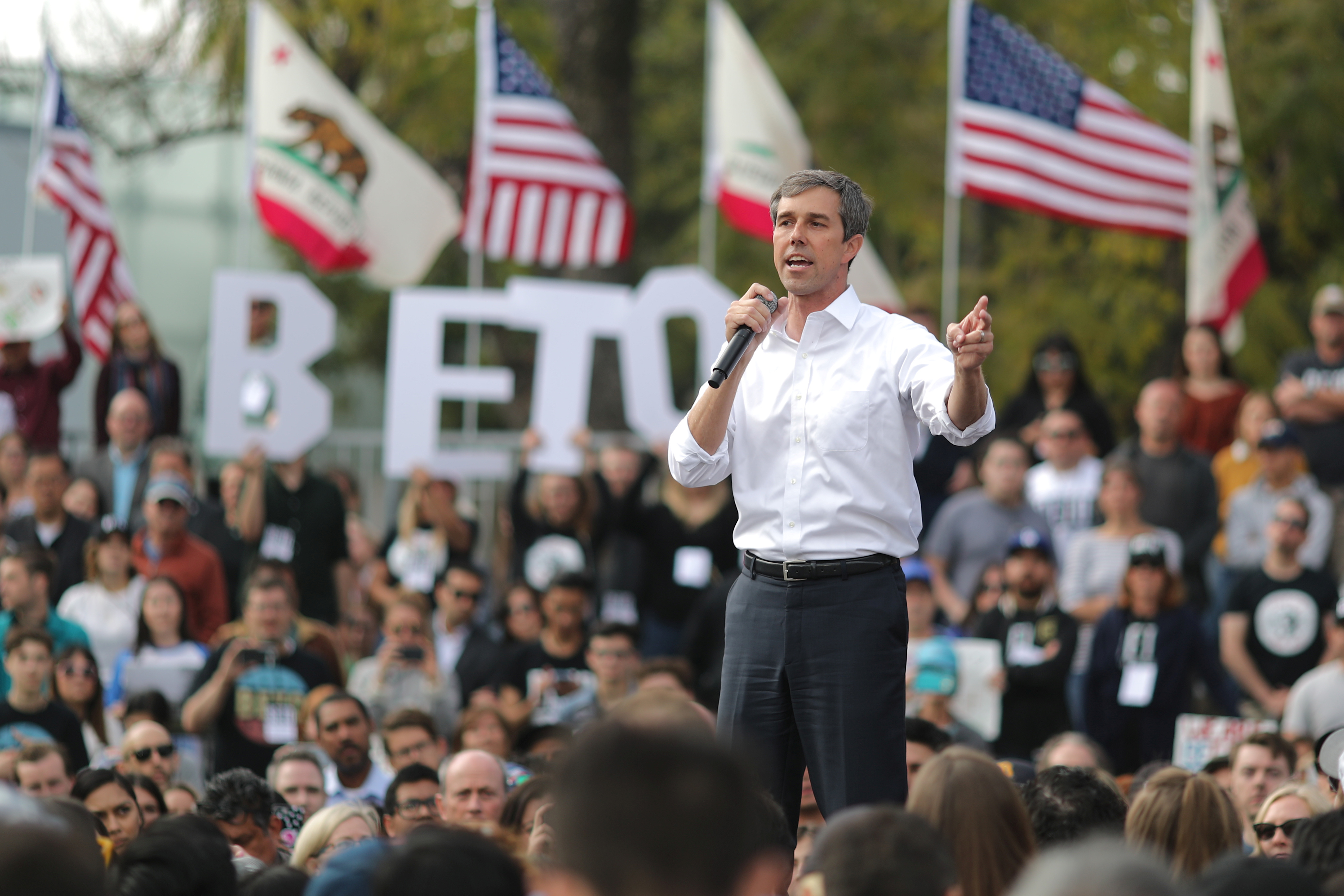 O’Rourke announced his signing of the anti-fossil fuel pledge after unveiling a $5 trillion global warming plan, which drew criticism from some environmentalists for not going as far as the Green New Deal.

“So, in accordance with the pledge, we’ve returned any money we’ve received over $200 from any fossil fuel company executives,” O’Rourke said in the video released Wednesday.

“We will not take that money going forward and we continue to try to be the largest grassroots campaign in this country — all human beings, all fellow Americans, focused on the same goals, including confronting climate change before it’s too late,” he added.