The “Hardball” host was holding forth on Attorney General William Barr’s testimony before the Senate Judiciary Committee and interviewing Democratic 2020 presidential candidate Kamala Harris when he made the remark.

Harris appeared to be shocked by the reference. Matthews made the analogy while he was talking about Barr’s reference to executive privilege and how the president could use it to prevent White House counsel Don McGahn from testifying before Congress.

“I guess the question is once he’s testified before Mr. Mueller’s special counsel investigation, how can he now say I won’t make the same testimony in public claiming executive privilege. I think it is sort of like virginity, kinda,” Matthews said.

“Once you start talking about a matter in your jurisdiction, and then you say, ‘Oh, I’m not doing it anymore,’ you can’t do it once you’ve started talking. I understand that’s how executive privilege works. Once you have given it up, you can’t grab it back. How do you see it?”

Harris didn’t see it, replying, “I’m not going to go with you on that metaphor, Chris.” (RELATED: Kamala Harris Vows To End Right-To-Work Laws)

Apparently, the network didn’t see it either and Matthews was back with an apology minutes later, explaining that this wasn’t the first time his employers had hit the roof over their nighttime host’s choice of words. 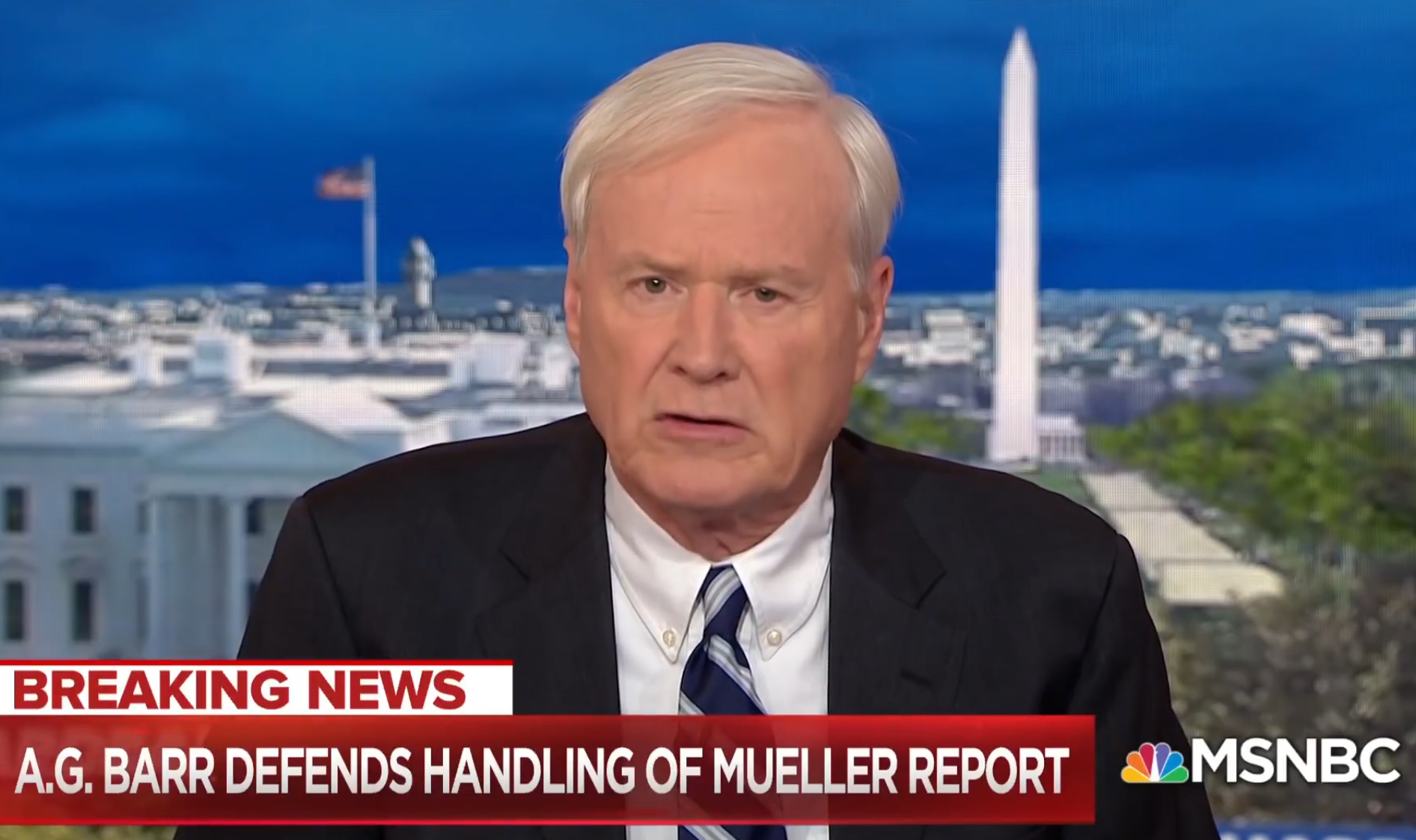 “I’m sorry about that metaphor I used before. I’ve been admonished already about it. So I really shouldn’t have used it in this context, however,” he said. (RELATED: Chris Matthews Asks Congressman If He Can ‘Watch’ Them Arrested Trump Admin Officials)

Matthew praised Harris for grilling Barr “in a dramatic exchange” during his testimony earlier that day and approvingly quoted the Washington Post for alleging that the attorney general may have “distorted, even undermined” former Special Counsel Robert Mueller’s report.

He also said Barr “came across as a criminal lawyer defending the president rather than the country’s chief law enforcement official.”