“I actually like Dick Cheney, for real. I get on with him. I think he’s a decent man,” Biden said at an October 2015 symposium at the University of Minnesota.

The clip went viral after Emma Vigeland, a correspondent with left-wing outlet The Young Turks, posted it online.

Joe Biden: “I actually like Dick Cheney… I get on with him. I think he’s a decent man.”

He adds that Cheney was “extremely helpful” about the “legal parameters” of the VP office. Without irony.

Mondale then says his view of Cheney is “a little bit different.” The crowd laughs pic.twitter.com/udjSlSCrZV

Biden’s mild praise for the former vice president was enough to spark an online backlash.

“Dick Cheney was the architect of war crimes, but OK,” MSNBC host Chris Hayes wrote in a widely shared tweet.

Other leftists were similarly critical of Biden. 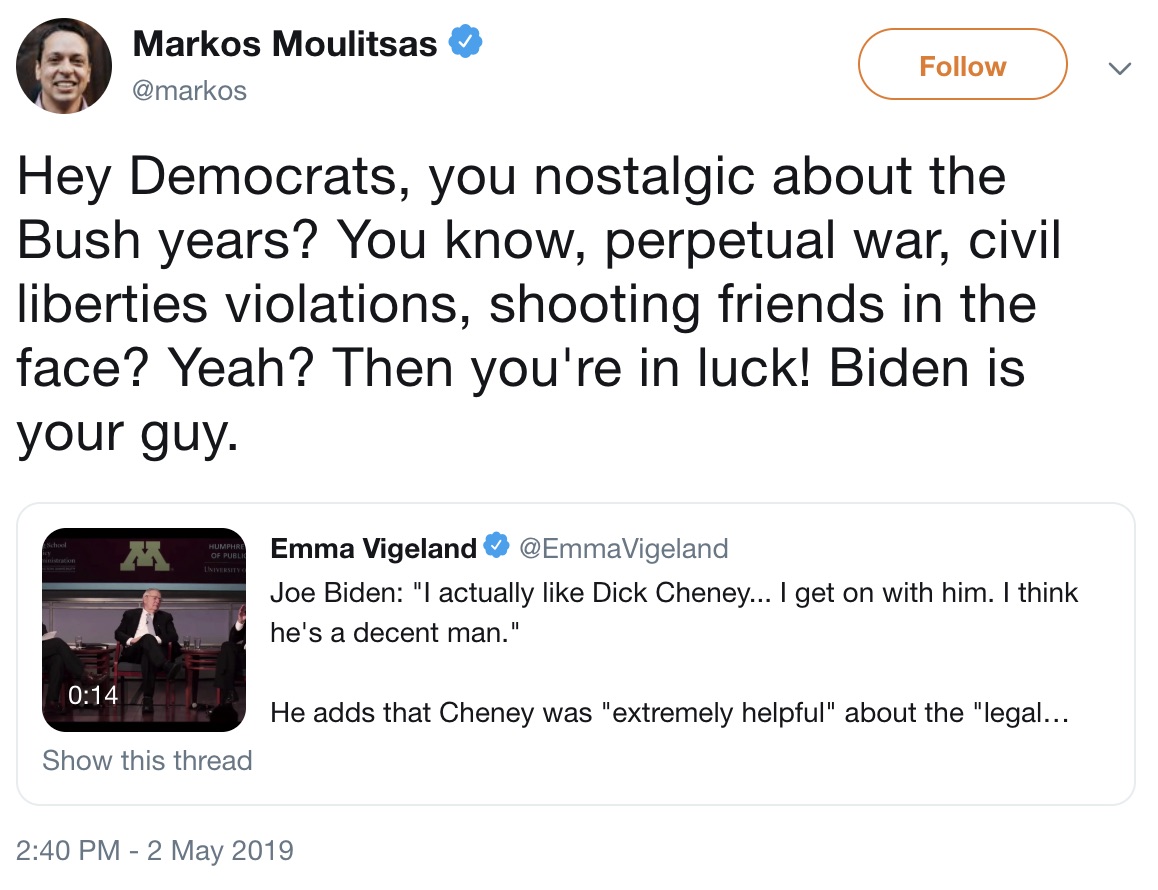 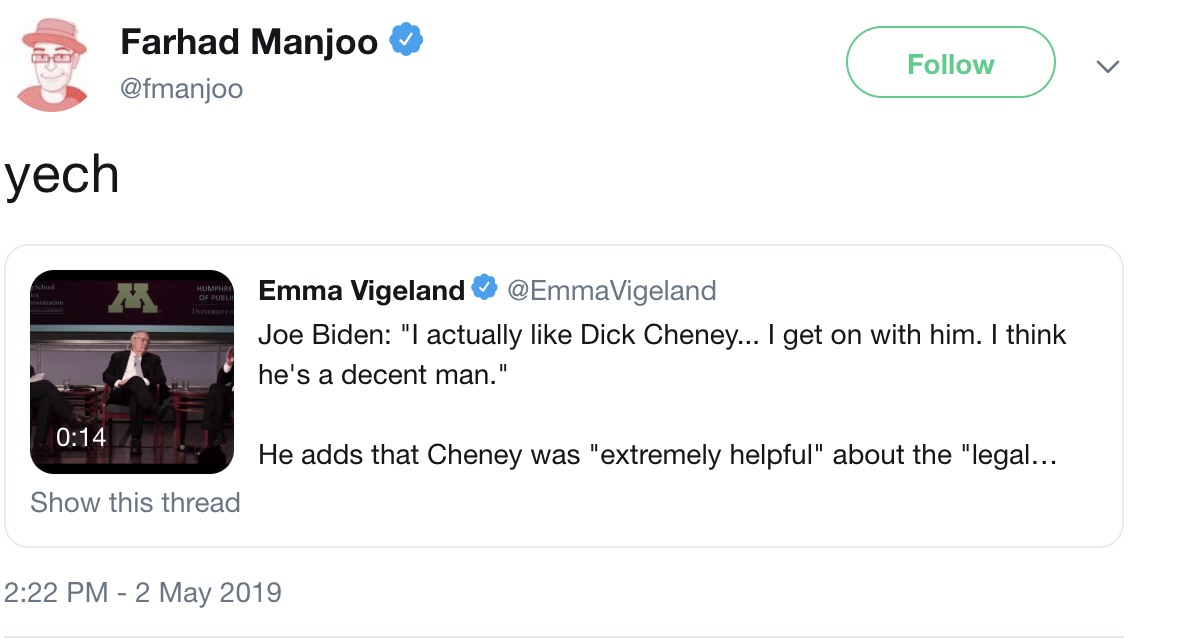 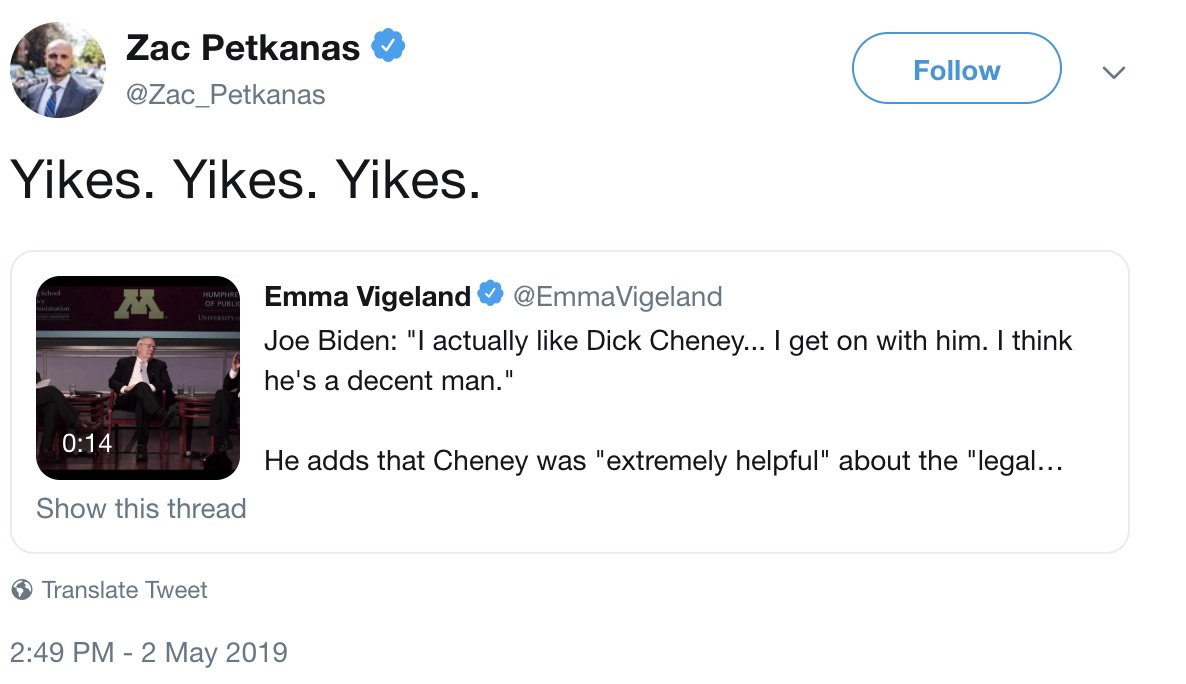 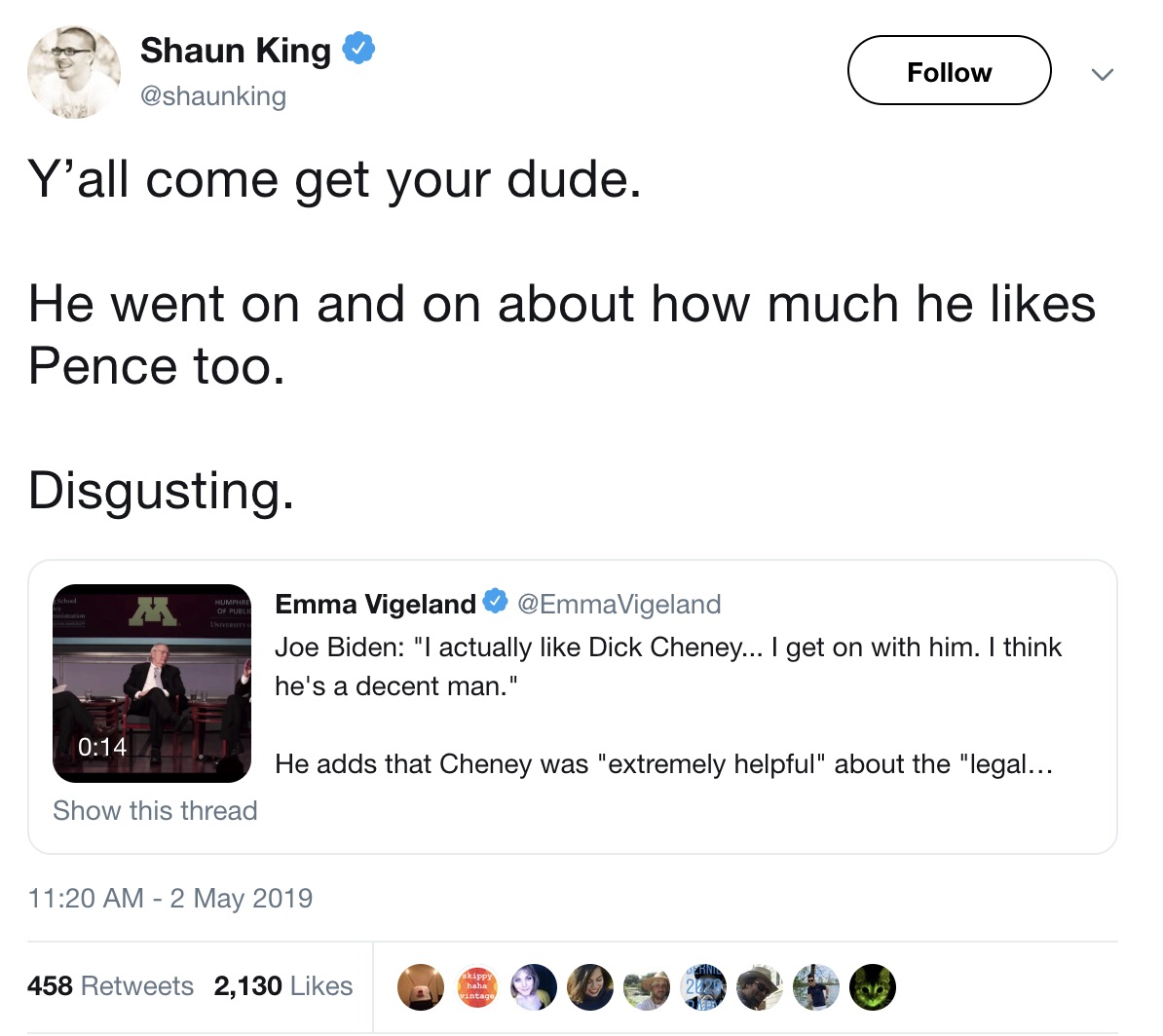 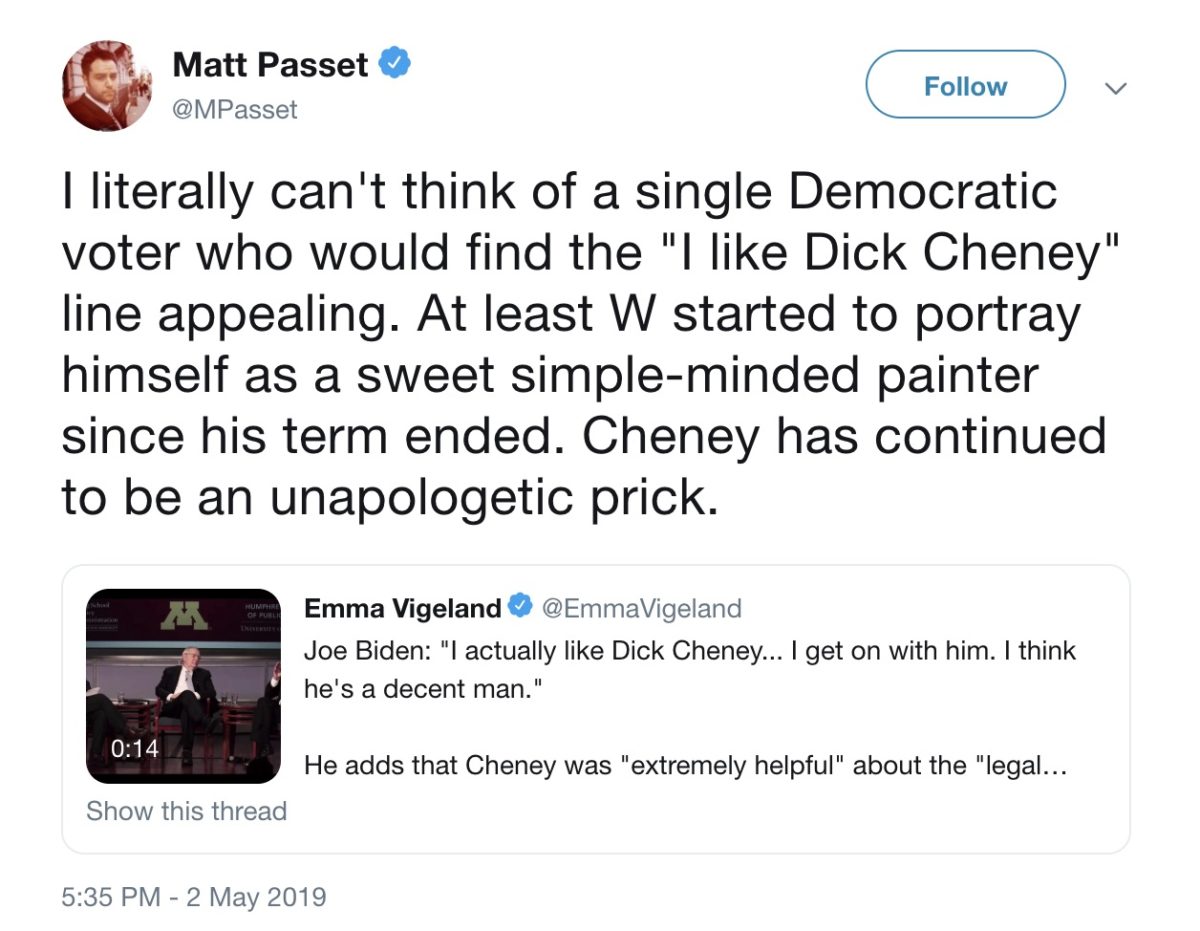 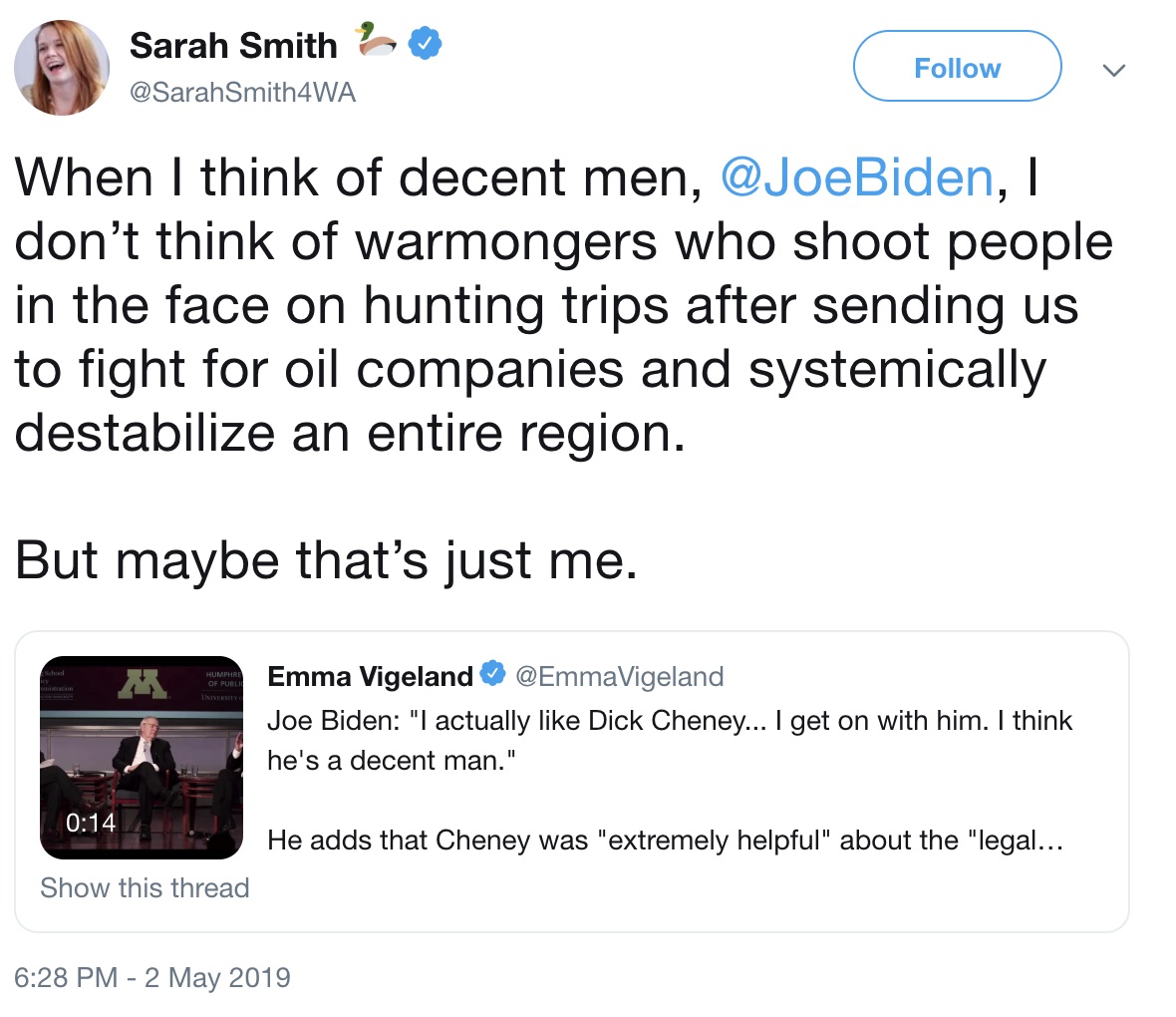 Biden faced similar backlash in February after he described Vice President Mike Pence as a “decent guy.” (RELATED: 9 Radical Policies 2020 Democrats Are Putting On The Table)