Special counsel Robert Mueller said he is concerned about “public confusion” over his Russia report in a series of communications with Attorney General William Barr that came to light this week, solidifying the narrative that Barr mishandled the report and intentionally misled the public about his findings.

Meanwhile, Mueller stood by for years as the media and Democratic politicians made mistake after mistake about key collusion and obstruction accusations, choosing to intervene only once, when a false Buzzfeed report threatened to result in impeachment proceedings against President Donald Trump.

The FBI suspected as early as summer 2017 that the Steele dossier was flawed, yet Mueller chose not to intervene as the media published story after story containing Trump-Russia collusion “bombshells” that turned out to be wrong. Aside from correcting a Buzzfeed report that he had grounds to indict Trump in January of this year, Mueller’s office was mum.

The Daily Caller News Foundation put together a list of some of these reports. For example, Mueller’s findings contained no evidence to back up a widely-read report in The Guardian that claimed Paul Manafort visited WikiLeaks founder Julian Assange around the time he joined Trump’s campaign. And his findings contradicted an explosive CNN report about the 2016 Trump Tower meeting, which claimed Trump gave it the green light, knowing it was with a Russian promising dirt on the Hillary Clinton campaign.

Most notably, The New York Times reported that the FBI knew there were problems with key claims in the Steele dossier by the summer of 2017. Mueller was appointed special counsel that May. The dossier, which he knew had a serious credibility problem, formed the foundation of the media’s Russia collusion narrative and was used repeatedly to secure surveillance warrants on Trump campaign associates. For 22 months, while frequent innuendo and implications flew around the media, Mueller made no discernible attempt to correct the “public confusion.” 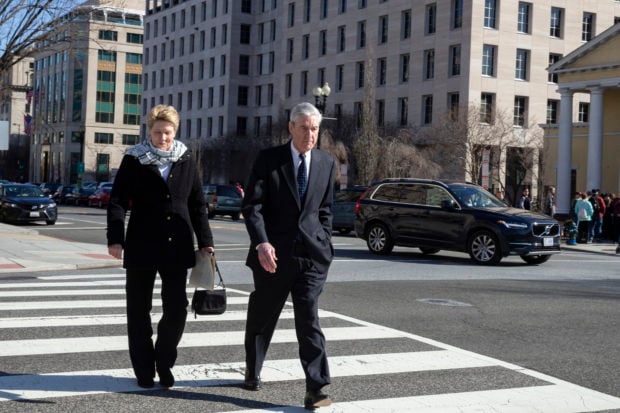 Mueller noted in the letter that he had urged Barr’s office to include executive summaries from his report instead, prior to the release of the four-page memo, and told Barr the memo resulted in dangerous “public confusion” over his findings.

“There is now public confusion about critical aspects of the results of our investigation,” Mueller wrote in the letter. “This threatens to undermine a central purpose for which the department appointed the special counsel: to assure full public confidence in the outcome of the investigation.”

The press seized on news of the letter Tuesday, and Democrats used it to excoriate Barr in a hearing before the Senate Judiciary Committee on Wednesday. Although Barr says Mueller expressly stated that nothing in Barr’s memo was inaccurate or misleading, reports on his complaints were used to further the narrative that Barr mishandled the report and misled the public.

The New York Times, for example, sent out a breaking news alert that read, “Robert Mueller wrote a letter to the attorney general objecting to his characterization that the Russia inquiry appeared to clear President Trump.” The full text of the letter makes it clear that Mueller did not, in fact, object to Barr’s characterization, but rather to the way the media spun the Barr memo — he had simply wanted Mueller to release his report’s more detailed summaries. (RELATED: Full Text Of Mueller Letter Confirms A Big Fat Lie In Media Spin Of His Complaints)

Barr defended his decision to run the memo Wednesday, and suggested that Mueller sent the letter to mitigate damage to his own reputation by reports critical of his work as special counsel — not because he objected to Barr’s characterization. (RELATED: Everyone Needs To Hear Barr’s Defense Of Making Russia Investigation ‘Verdict’ Public Right Away)

“I said Bob, what’s with the letter?” Barr told the Senate Judiciary Committee.

Why don’t you just pick up the phone and call me if there’s an issue? And he said that they were concerned about the way the media was playing this, and felt that it was important to get out the summaries that they felt would put their work in proper context and avoid some of the confusion that was emerging. And I asked him if he felt that my letter was misleading or inaccurate, and he said no, that he felt that the press coverage was, and that a more complete picture of his thoughts and the context and so forth would deal with that.

“The letter’s a bit snitty,” he added. “And I think it was probably written by one of his staff people.”