The Connecticut Supreme Court granted gun-maker Bushmaster Firearms a stay in the Sandy Hook victims’ lawsuit, as the manufacturer readies its appeal to the nation’s highest judicial tribunal.

The Thursday stay delays the start of the evidence-gathering phase of the litigation, called discovery, which will give the plaintiffs an intimate view of Bushmaster’s internal operations. The stay will remain in effect until the U.S. Supreme Court takes action on Bushmaster’s forthcoming petition.

“It is a fairly routine procedural maneuver and in line with the delaying legal tactics that we have dealt with all along,” plaintiffs’ lawyer Josh Koskoff told CNN.

It’s not clear when Bushmaster will file its appeal with the high court. Were the court to grant the petition, the justices would most likely hear the case in early 2020. (RELATED: THE 100: Trump Installs One Hundo Judges On The Federal Bench) 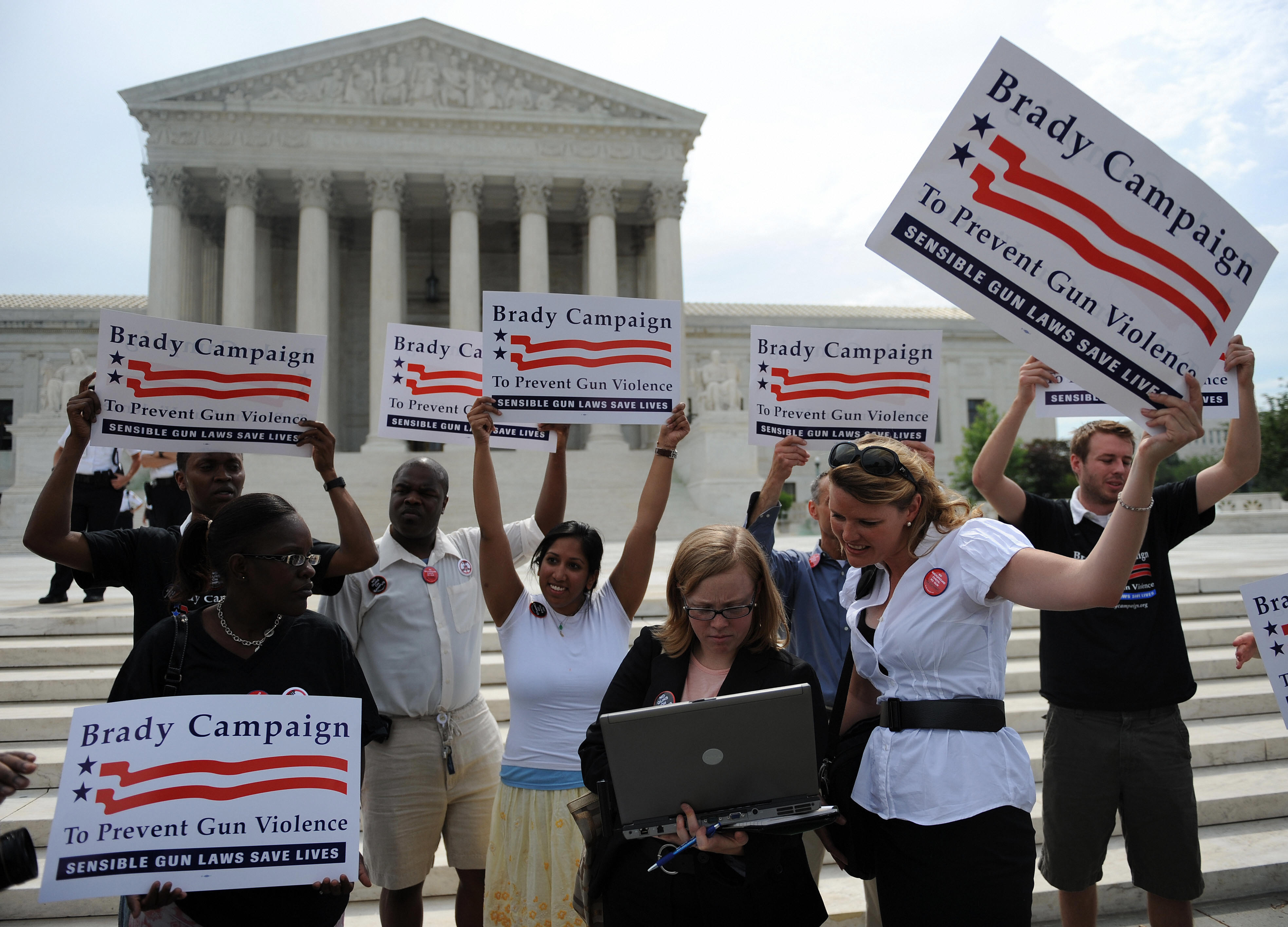 Gun opponents get the news from the Supreme Court ended a ban on owning handguns in Washington, D.C., on June 26, 2008. (Tim Sloan/AFP/Getty Images)

Though the lawsuit was dismissed in 2016, the Connecticut Supreme Court said the dispute could proceed to trial under a federal law protecting the gun industry from liability notwithstanding. Congress created that immunity in 2005 when it adopted the Protection of Lawful Commerce in Arms Act (PLCAA). The law generally protects gun-makers from lawsuits when its weapons are used for criminal purposes.

If the lawsuit ever reaches trial, the plaintiffs will try to prove that the Bushmaster promotions for the XM15 violated the Connecticut Unfair Trade Practices Act (CUTPA). The plaintiffs say advertising materials for the weapon encouraged its use for illegal reasons by glorifying its lethal capacity.

Bushmaster announced its intention to appeal to the U.S. Supreme Court in early April.