When Juan Guaido launched his coup attempt, oil markets didn’t do what they typically do in the face of supply threats. Instead, markets largely shrugged off Venezuelan unrest instead of sending prices soaring.

That’s because of two factors: mismanagement by Venezuela’s socialist government and the U.S. energy boom.

At the turn of the century, Venezuela’s daily oil production was around 3 million barrels per day, but output dramatically declined during the reign of former President Hugo Chavez, a former military officer who took control in 1999. Venezuela sits atop the world’s largest proven oil reserves.

“Years of mismanagement, corruption and underinvestment are taking a toll,” Hidalgo said. “Oil has long been a terribly distorting factor in Venezuela’s political system.” 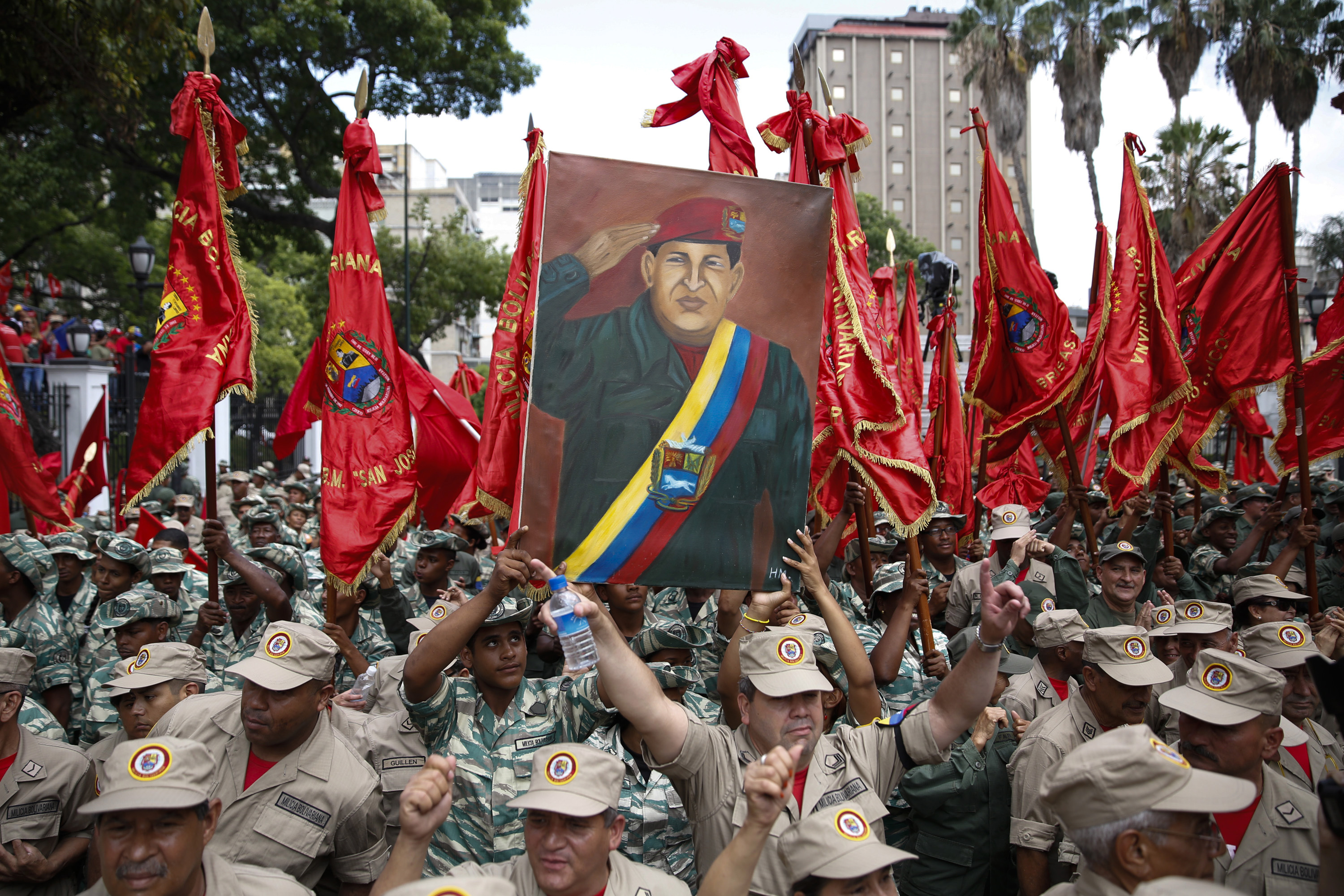 Chavez, who essentially ruled as a socialist dictator, took several actions early on that crippled Venezuela’s long-term oil prospects, according to the Council on Foreign Relations, including firing thousands of experiences oil workers and subsidizing oil shipments to Cuba and other countries.

Venezuela was also burdened by high inflation, corruption and rampant crime. Things went into freefall in 2014 when global oil prices collapsed amid booming U.S. shale production and the refusal of Saudi Arabia to cut output.

President Nicolas Maduro came to power in 2013, but mismanagement of Petroleos de Venezuela, S.A. (PDVSA), the state-owned oil company, did not stop. Venezuela’s oil output continued to decline, and that’s something experts don’t see stopping anytime soon. (RELATED: A ‘War’ On Warming? Britain Is In The Grip Of A Climate Change Panic)

“Production will continue to decline while Maduro remains in power,” Jorge Salazar-Carrillo, an economist at Florida International University, told TheDCNF.

That’s also because of sanctions the Trump administration placed on Venezuelan oil in January. Since then, Venezuela’s oil exports have fallen 40 percent and petroleum imports have been cut as well. 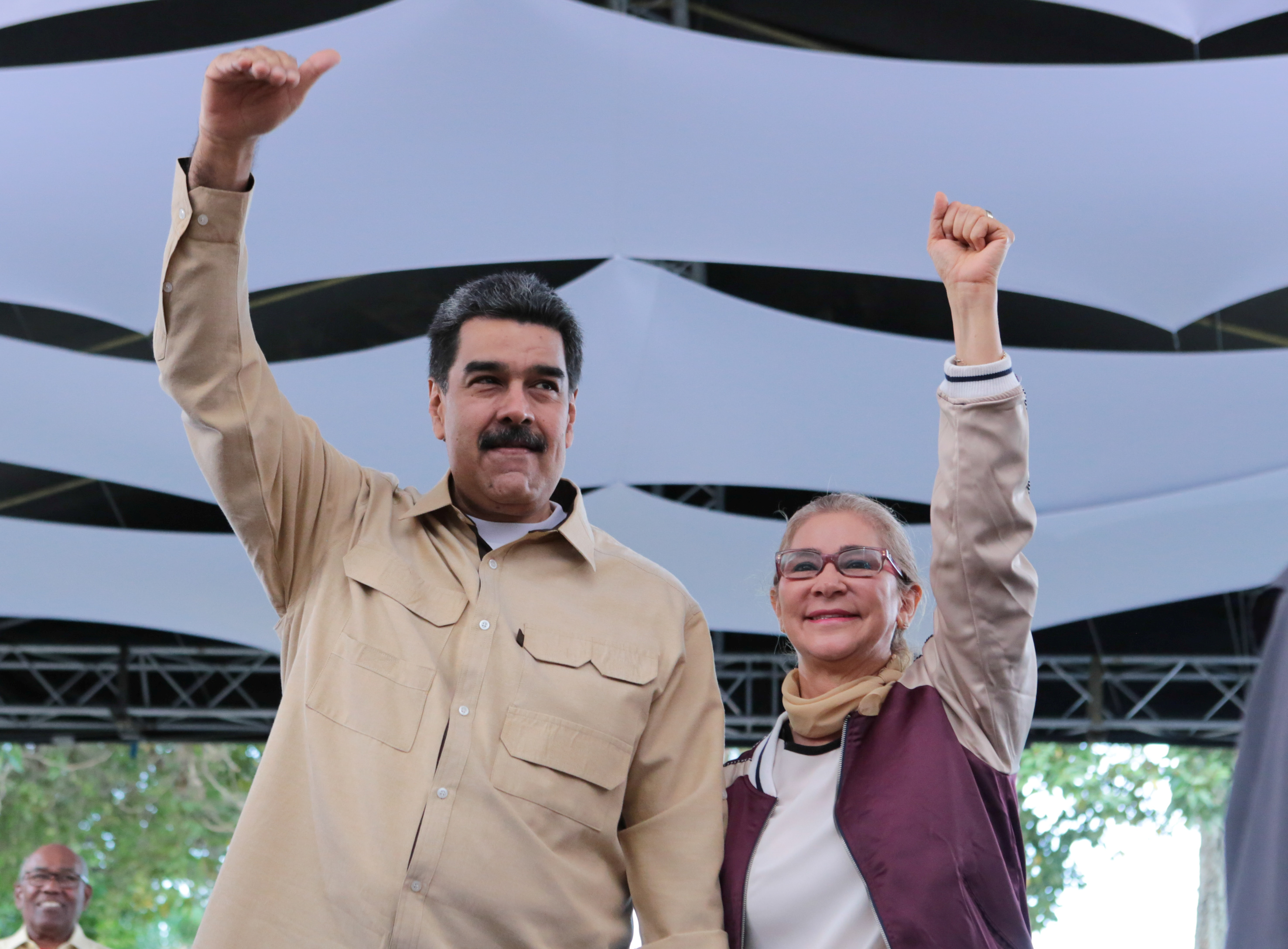 Venezuela’s President Nicolas Maduro and his wife Cilia Flores gesture during a meeting with youths in Caracas, Venezuela, May 2, 2019. Miraflores Palace/Handout via REUTERS

U.S. President Donald Trump’s goal is to force Maduro from power and usher in opposition leader Guiado, who the U.S. and its allies consider to be the country’s rightful leader. Maduro, however, refused to step down, precipitating a coup attempt by Guaido and supporters on Tuesday.

So far, Guaido has failed to oust Maduro, but the coup attempt has also failed to have a major impact on global oil prices. That’s where American energy comes into the picture.

Combined with sanctions against Iran, Venezuelan unrest would have sent prices soaring, but prices oil fell “amid signs of a sharp increase in U.S. crude inventories,” Bloomberg reported.

The Trump administration made “energy dominance” a major part of its foreign policy, and in this case, it’s thus far proven effective. Venezuela’s oil economy is in shambles without having much impact on gas pump prices. 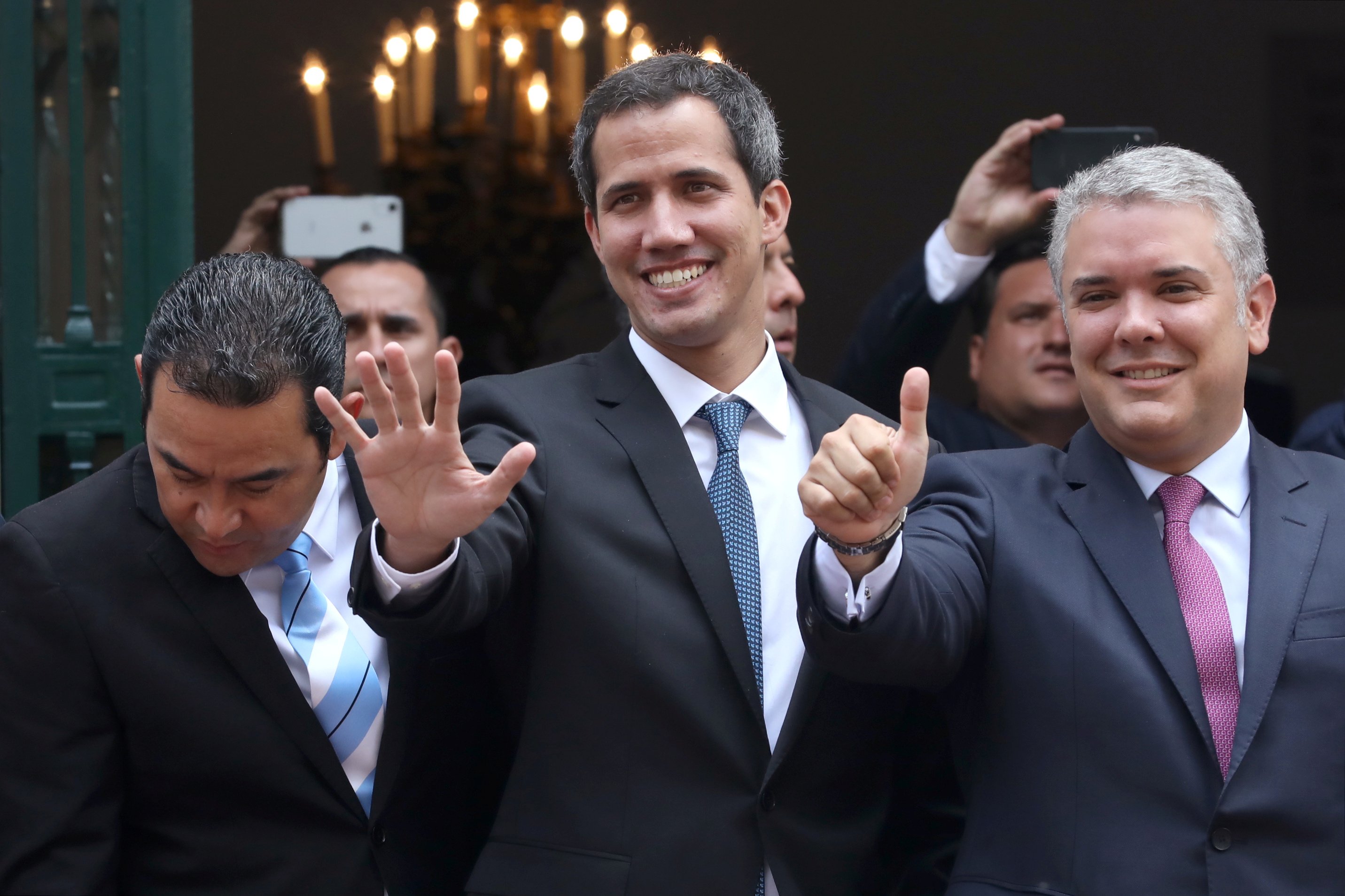 Venezuelan opposition leader Juan Guaido, who many nations have recognized as the country’s rightful interim ruler, and Colombia’s President Ivan Duque gesture after a meeting of the Lima Group in Bogota, Colombia, Feb. 25, 2019. REUTERS/Luisa Gonzalez

U.S. oil and gas production is expected to rise throughout the year while Venezuela’s production is set to dwindle even further — some analysts believe production could be driven down to zero because of sanctions.

But even if Guaido is able to oust Maduro, the problems plaguing Venezuela’s will not disappear without serious reforms, Cato’s Hidalgo said.

“Reversing this situation will take years and requires an institutional framework that guarantees property rights over oil concessions and welcomes foreign investment,” Hidalgo said. “As long as oil remains in the hands of politicians, the temptation is for corruption, cronyism and patronage.”