An Iranian-born Australian Shia Muslim imam, known as the “imam of peace,” called out freshman Democratic Reps. Ilhan Omar and Rashida Tlaib on Saturday for remaining silent amid an onslaught of Palestinian rocket fire into Israel.

“Remember that time [Omar] and [Tlaib] condemned Hamas’ terrorism?” Imam Mohamad Tawhidi tweeted. “Neither do I.”

Tawhidi, who is the president of the Islamic Association of South Australia, was responding to the nearly 600 rockets that have been fired into Israel from across the Gaza border over the last 24 hours. The Palestinian terrorist organization Hamas has already claimed responsibility for three Israeli deaths, according to The Jerusalem Post. Neither Omar nor Tlaib have commented on the attack.

Omar and Tlaib became America’s first Muslim congresswomen when sworn into office in January. Their time in office has been embroiled in allegations of anti-Semitism and anti-American sentiments. (RELATED: Tlaib Hosts Another Anti-Israel, Terror-Affiliated Activist On Capitol Hill)

Omar has defended anti-Israeli statements, such as ones invoking Allah to expose Israel’s “evil doings” and faced criticism from both sides of the aisle for promoting age-old anti-Semitic canards such as that Jews’ support of Israel is paid for and that they have a dual loyalty to the U.S. and Israel.

Tlaib has also received widespread criticism for her ties to anti-Israel and terror-affiliated activists. Pro-Hezbollah, anti-Israel activist Abbas Hamideh attended her swearing-in ceremony and private dinner, and Tlaib hosted in her congressional office Joe Catron, an avowed supporter of multiple Palestinian terrorist organizations such as the Popular Front for the Liberation of Palestine (PFLP), Hezbollah and Hamas.

She is also a member of multiple anti-Semitic social media groups, including “Palestinian American Congress,” where members frequently demonize Jews and Israel. The founder of the aforementioned Facebook group, Maher Abdel-qader, is a Palestinian activist and was a key fundraiser for Tlaib’s congressional campaign. 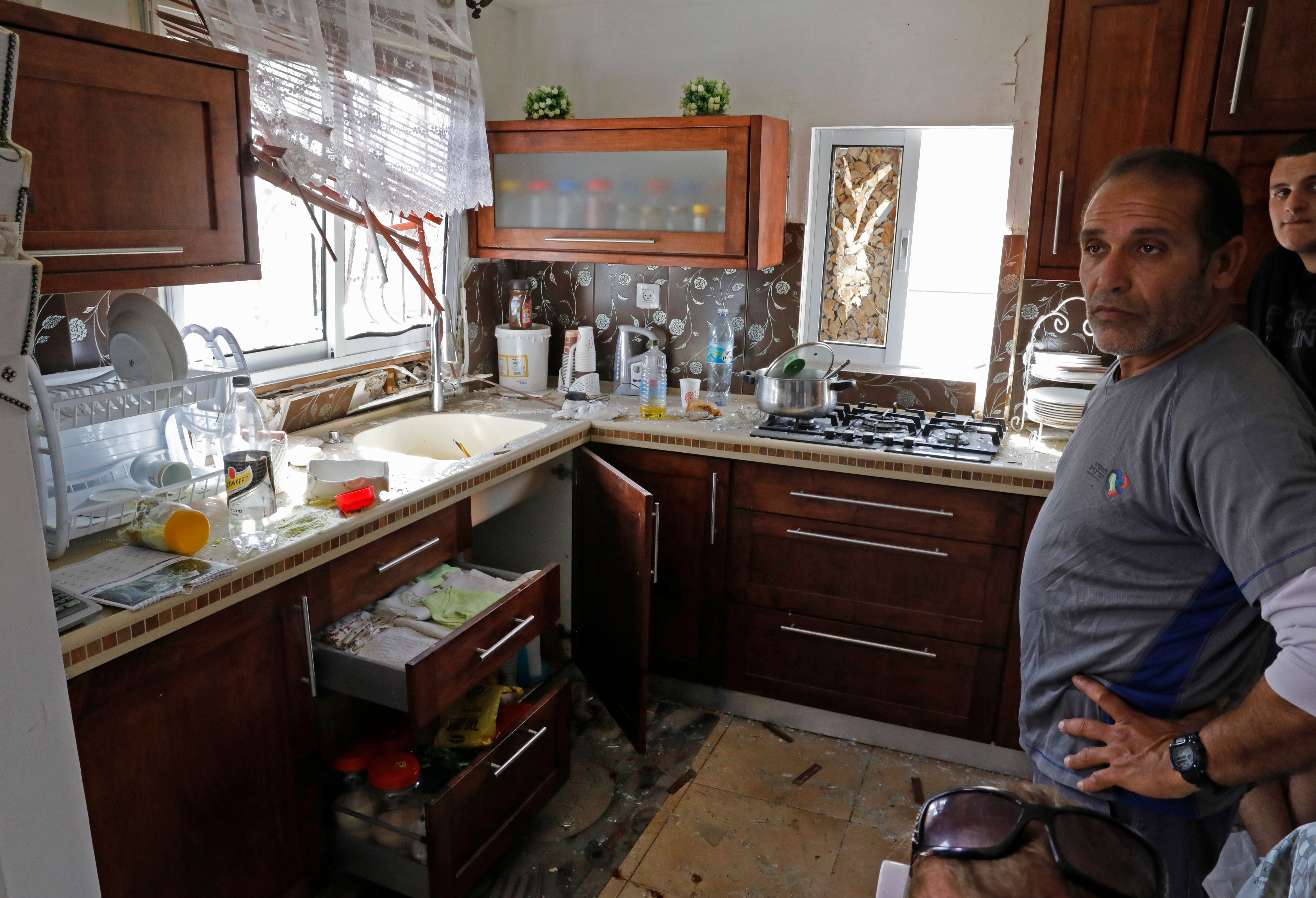 People inspect the damage at a house in the southern Israeli city of Beersheba on May 5, 2019, after it was hit in a rocket strike from Gaza.(Ahmad Gharabli/AFP/Getty Images)

Omar and Tlaib both fundraised with the Council on American-Islamic Relations (CAIR), a notable pro-Palestinian organization with ties to Islamic terror groups. The U.S. Department of Justice listed CAIR as an unindicted co-conspirator in funding millions of dollars to Hamas. Additionally, the United Arab Emirates named CAIR a terrorist organization along with al-Qaeda and the Islamic State in 2014.

Both the Minnesota and Michigan congresswomen deny they are anti-Semitic. However, they promote the Boycott, Divestment and Sanctions (BDS) movement, which seeks to punish Israel by economically depriving the country for its alleged mistreatment of Palestinians living in the Gaza Strip and West Bank. The Anti-Defamation League describes BDS as “the most prominent effort to undermine Israel’s existence.”

Tawhidi has condemned the duo’s anti-Semitism in the past, most notably while visiting the Auschwitz concentration camp in Poland.

“[The American Congress] should not be a platform for Islamist members of the American government to preach their hate against the Jewish people,” Tawhidi said in February. “The Jewish people will remain a minority and have remained a minority. If this situation continues then this minority will be persecuted once again and we need to make sure that this never happens.”

“It’s very sad to see what is happening within in the American government,” he continued. “People like Rashida Tlaib and Ilhan Omar, absolute frauds and Islamists, promoting hatred against the Jewish people.”