The price of a ticket to see Bill and Hillary Clinton speak publicly has plummeted.

The former president and first lady are on the speaking circuit but the cost of seeing the pair pontificate on politics and current affairs is dropping as the tour progresses. Tickets can be had for as little as $20 while the VIP seating at Seattle’s WaMu Theatre was priced at $829 — down from the $1,785 asking price when the tour began last November, the Seattle Times reported. 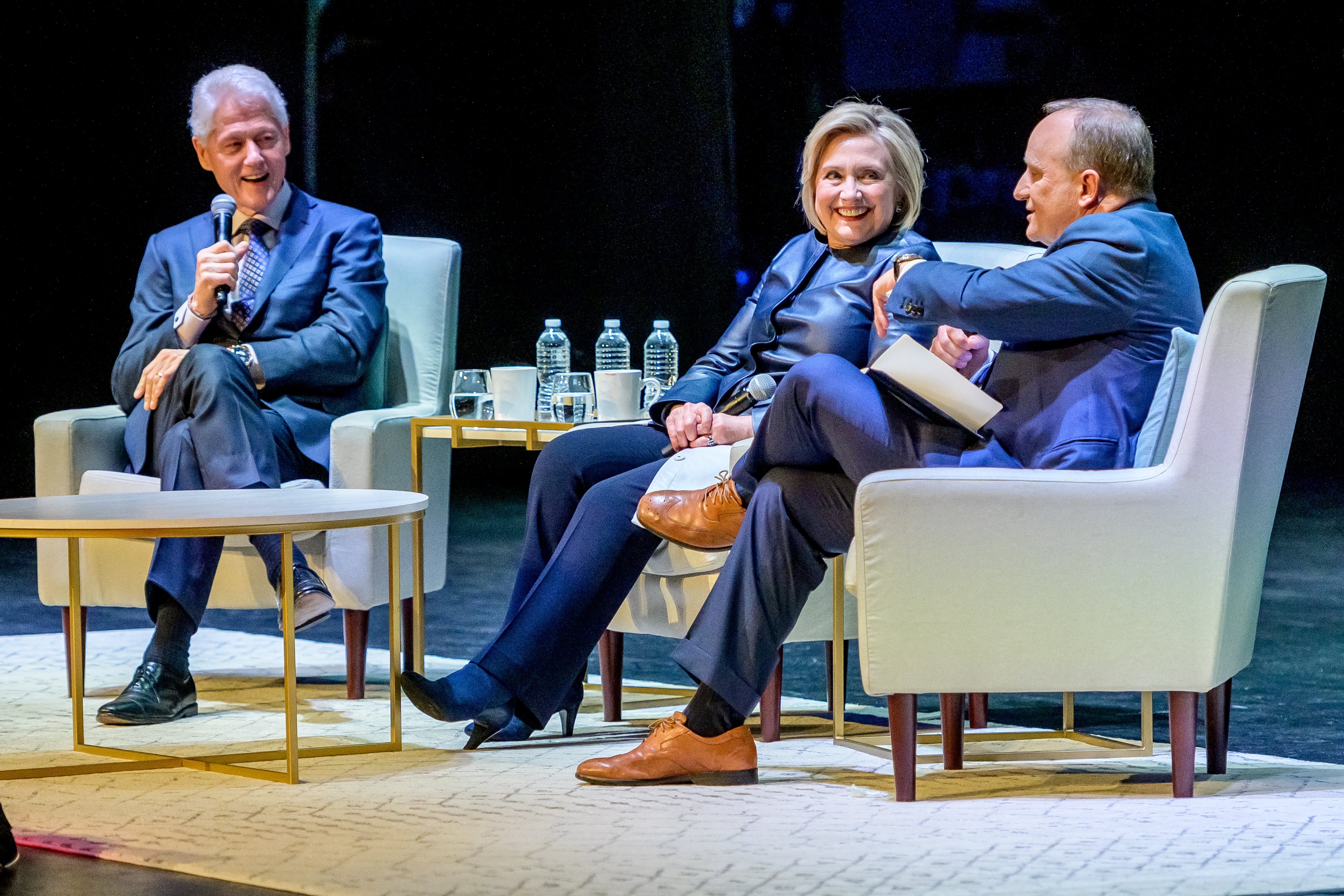 Former President of the United States Bill Clinton with his wife, Former Secretary of State and presidential candidate Hillary Clinton and moderator Paul Begala on Stage during “An Evening With The Clintons” at Beacon Theatre on April 11, 2019 in New York City. (Photo by Roy Rochlin/Getty Images)

Tour organizers have cut prices and reached out to Groupon to sell tickets, according to the New York Post.

The Clintons faced an overwhelmingly positive audience in Seattle, according to a Times reviewer. Hillary Clinton, who spent much of 2017 on an international speaking tour to promote her book “What Happened” stuck to a political patter that is heavily critical of President Donald Trump. (RELATED: Democrats Think Hillary Clinton’s New Book Is ‘The Final Torture’)

“I really believe that we are in a crisis, a constitutional crisis,” Clinton suggested during the 90-minute question and answer session between her, husband Bill and actor Bradley Whitford. “This is a test for our country.”

Although Clinton did not specifically cite the Russian collusion conspiracy theory nor try to tie the Trump campaign with Russian interference in the 2016 presidential election, she said the Mueller Report “not only decisively proves but goes chapter and verse about how the Russians — in the words of the report — conducted ‘a sweeping and systemic interference in our election,’” according to the Times. “And then you wake up and your president is spending an hour on the phone with Vladimir Putin, who was the mastermind of the interference and attack on our election.” (RELATED: Bill And Hillary Clinton Want To Send AG Barr Back To Law School) 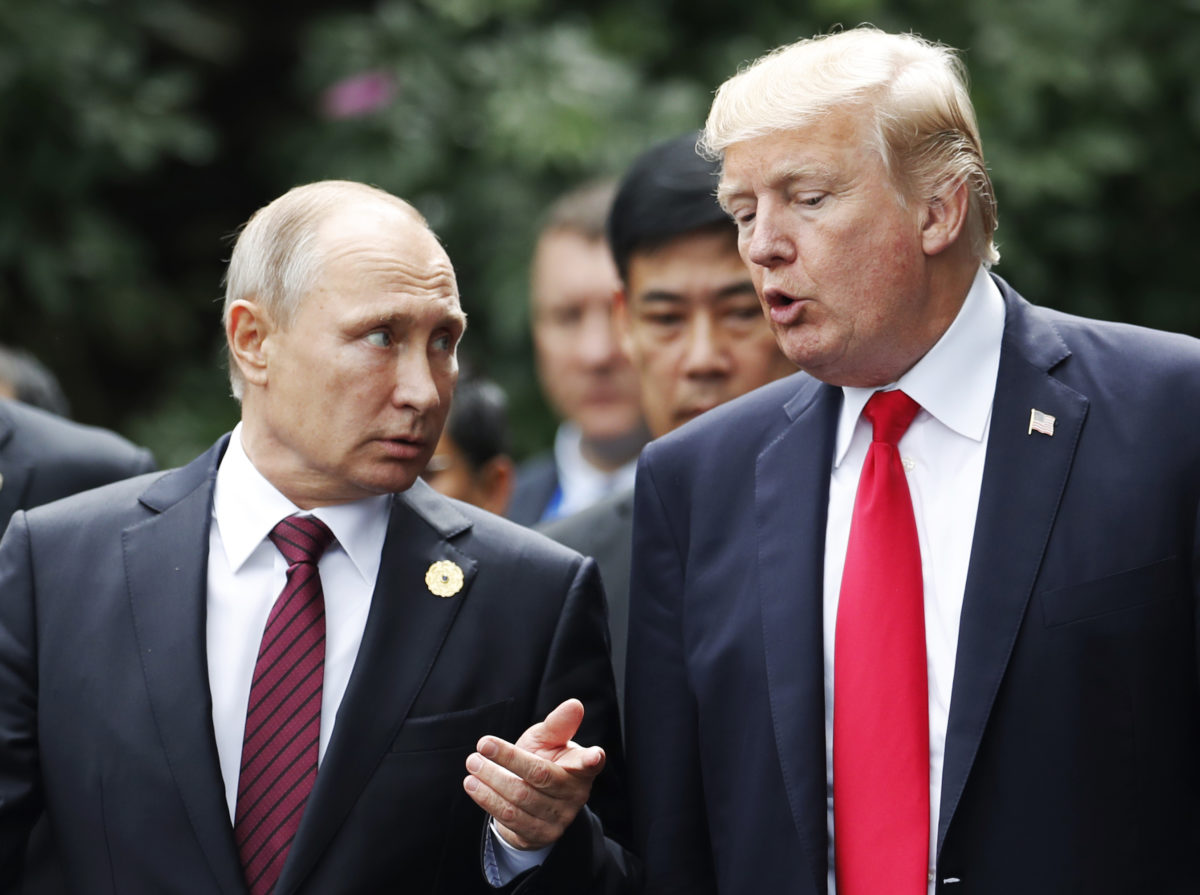 US President Donald Trump (R) and Russia’s President Vladimir Putin talk as they make their way to take the “family photo” during the Asia-Pacific Economic Cooperation (APEC) leaders’ summit in the central Vietnamese city of Danang on Nov. 11, 2017. (Photo credit should read JORGE SILVA/AFP/Getty Images)

For his part, Bill Clinton expressed disgust at the Trump administration for supposedly thinking it is immune to criticism. “These people, they don’t believe the same set of rules apply to them that apply to everyone else.”