The sultan of Brunei announced Sunday a suspension on a death penalty punishment for gay sex, after facing an international uproar over the new law.

The announcement came during a TV broadcast with Sultan Hassanal Bolkiah. He agreed to ratify the United Nations Convention Against Torture and extend a moratorium on the death penalty, CNN reported.

The law making gay sex or adultery punishable by whipping or stoning to death is part of several statutes that took effect April 3 in the tiny, oil-rich Southeast Asian country to enact Sharia law. (RELATED: Brunei To Impose Death Penalty For Gay Sex)

This is the second time the sultan has backed down from enacting parts of Sharia law because of public outcry. The new penal code was originally announced in 2013, but protests pushed Brunei to delay its actual enactment until April 2019, The New York Times reported. 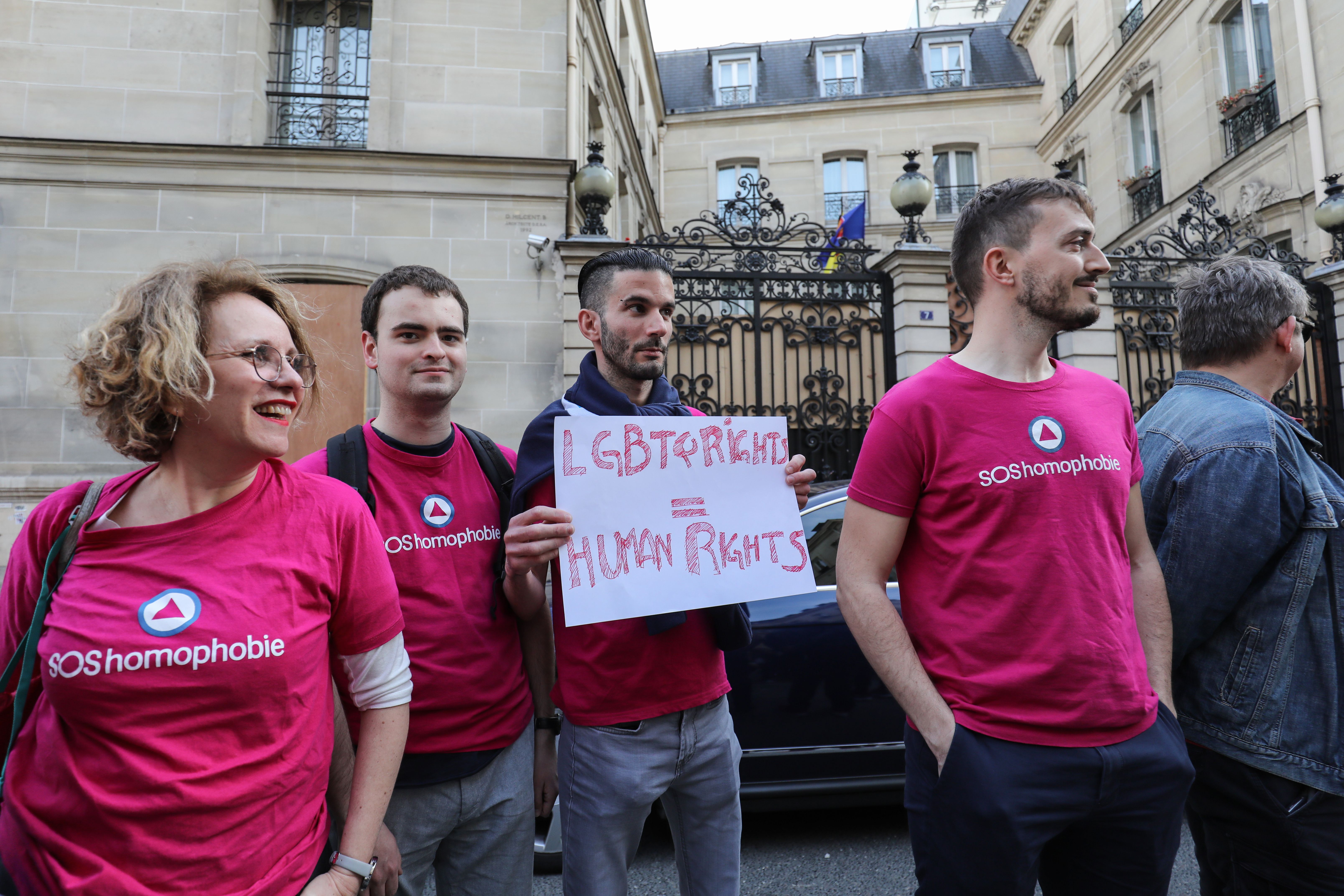 Gay activists hold a placard reading “LGBTQ Rights = human rights” as they stage a protest in front of the Brunei embassy in Paris over the sultanate’s new death penalty laws for gay sex and adultery, on April 18, 2019. (Photo by LUDOVIC MARIN/AFP/Getty Images)

The harsh penalties enacted in April propelled the small sultanate into the international spotlight again, prompting celebrities like Elton John and George Clooney to urge the boycott of Brunei’s luxury hotel properties, which include The Beverly Hills Hotel in Los Angeles and The Dorchester in London.

Bolkiah, 72, rules with full executive authority and has supported the monarchy’s adoption of a more conservative Islamic culture, including a ban on alcohol sales, according to CNN.

Approximately three-fourths of Brunei’s 450,000 citizens are Muslim, with Christians and Buddhists making up most of the remainder, according to the CIA’s World Factbook.