“Hi I’m Mike. I’m a ShameOT-aholic. I tried to watch the 1st season but became a father and am now inundated with life. I keep being told I am missing the greatest show in this dimension, that it’s better than sex and pizza. That I am a loser. Thanks for letting me share.”

CNN’s S.E. Cupp: “Good riddance to Milo, Jones and Farrakhan. But the Facebook ban offers a false sense of security.”

Raheem Kassam, Human Events: “I remember when Cupp used to flounce around CPAC pretending to be a conservative to make a quick buck. Then she traded the low cut tops for even lower morals.”

(RELATED: Kassam Brags About Punching Guy In Face At Trump Hotel, Then Denies It)

President Trump is disappointed in the Kentucky Derby

The Kentucky Derby is apparently not bringing its best horses.

“The Kentucky Derby decision was not a good one. It was a rough & tumble race on a wet and sloppy track, actually, a beautiful thing to watch. Only in these days of political correctness could such an overturn occur. The best horse did NOT win the Kentucky Derby – not even close!” — Trump, POTUS.

Roxane Gay, feminist writer: “My @Uber driver just now took my phone from me, tipped himself, and left. Wow.”

Reporter Cassandra Fairbanks had quite the weekend breakup

Fairbanks is a reporter for The Gateway Pundit. 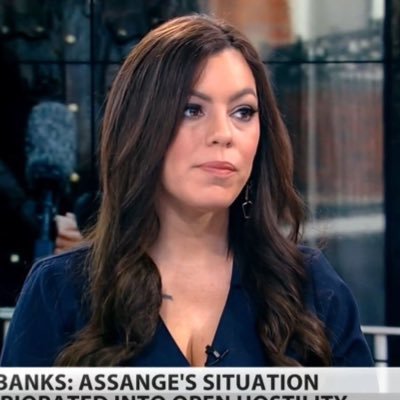 On Sunday, she wrote, “Deleted the tweets from last night, not because he isn’t a terrible person, but because I am slightly overwhelmed by my dms.”

But…The Mirror retrieved them before deletion.

3:58 a.m. “I was dating a coward man-baby who just lived with me for free and never pitched in… so at least now I’m free.”

4:16 a.m. “What kind of adult man let’s their girlfriend take care of them for 7 months? Holy shit I feel like I had a teenage boy child.”

4:38 a.m. “So.. for the sake of other women going through the same… I was dating someone I couldn’t eat in front of. He constantly made me feel bad over food and my weight.. and even when I bought expensive clothes he told me how I looked bad.”

“THE SPEAKER OF THE HOUSE JUST TOLD THE NEW YORK TIMES THAT SHE DOESN’T TRUST THE PRESIDENT TO STEP DOWN IF HE LOSES NEXT YEAR’S ELECTION.” — Angus Johnston, professor, City University of New York. 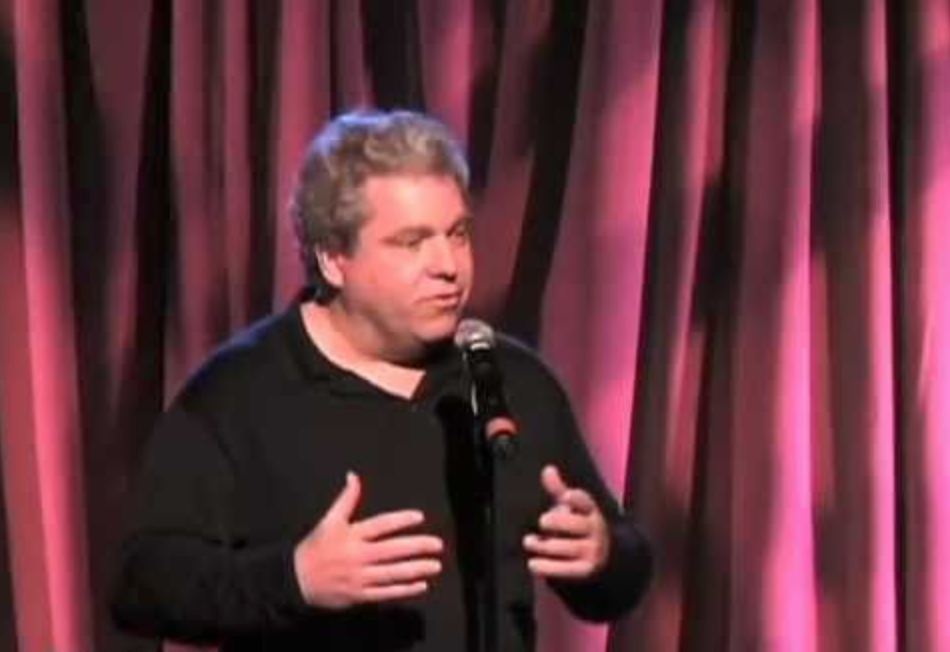 “Since it’s been 44 days since last WH press briefing , and it’s unlikely @PressSec will ever be seen in the brfg room, if you want to what it’s like to be the Press Secretary for a President facing impeachment, I’m all you’ve got. Ask me anything.”

When a follower suggested Fox News would ultimately hire Sanders, he replied, “That’s part of the problem. As long as Fox and Infowars exist there’s no penalty for disgracing yourself. …Fox is a central part of the problem. It’s become state run tv. Watch it and you’d think Hillary was President.”

Asked if there will be a “smoking gun” type revelation involving Trump’s tax returns, he said, “I think he ran a fraudulent company for decades and that will all come out. Cheating on taxes is just the tip of the iceberg.”

When someone told him they wished he was press secretary, he replied, “Thanks. It kills me they’ve degraded the office that many of us worked so hard to build respect for.”

On Sarah Sanders’ supposed future job at a Waffle House

Asked if a Waffle House would employe someone like Sanders, he said, “Only if they wanted to lose customers, although it might be fun to be waited on by her. She’ll find a cushy job, like her Dad, in the right wing hate machine.”

Does the press secretary have special socks? (Seriously.)

Asked if press secretaries have superstitions such as special socks, he replied, “Nothing like socks, but its way harder answering your staffs questions in the prebrief than the actual reporters. They are much meaner.”

Asked what it was like being press secretary, he said, “May be hard to believe but most days it was fun. The back and forth with the press reminded me of growing up in a big Irish-Catholic family where you had to work to have your point heard. The tension back then between the press and WH was nothing compared to now.”

David Rothkopf wants to know why have the ‘bullshit?’

“With respect, Joe, why? All she is going to do is lie. Press briefings from congenital liars are no more worthwhile than cable news appearances by the other members of the Trump team–just a torrent of bullshit.” — David Rothkopf, CEO, The Rothkopf Group, a media advisory firm.

Lockhart explained, “Because at least detailed records on camera can be recorded of important issues that the WH doesn’t address and the lies and answers are there for all to see. Tweeting is one way communications.”

Ryan is a White House correspondent for American Urban Radio.

“We have a great briefing room so she decides to brief the press on the driveway of the White House. Not even a real briefing. Umm why?” — April Ryan. “…Again @PressSec needs to go and take her wanna be president father @GovMikeHuckabee (lost his bid for potus) with her! They both have Liabetes! Liabetes is the disease of lying and is only cured by firing or resignation.”

Lockhart weighed in, saying, “Because she knows she can runaway [sic] in the driveway when the q’s get tough. She’s counting on you guys asking news of day stuff and not getting deep into Mueller like you would in a more formal setting.”

Norah O’Donnell will anchor the CBS Evening News, replacing Jeff Glor. King said she hopes Glor will remain with the network and said it will be “his choice.” On Monday’s CBS This Morning, O’Donnell compared herself to Walter Cronkite: “Walter Cronkite once said, ‘I can’t imagine a person becoming a success who doesn’t give this game of life everything he’s got.’ I am going to give this everything I’ve got.” She’s also “honored and humbled.”

Meghan Markle is in labor. Here.

Actress/activist Sophia Bush says she’s not sick: “As cute as it is to be tagged it tweets like this, for the one millionth time: I’m not sick. Nothing is wrong with my throat or my vocal chords. I actually like my voice. If it irks you so much, sorry not sorry. Don’t tag me when you complain about it. Kthanksbye.”

Sputnik’s Lee Stranahan gets upset when someone accuses him of being ‘alt-right’: “This isn’t funny. You made two defamatory claims about me. I have never identified myself or been identified as part of the ‘alt right.’ Nor have I ever had any sexual or romantic relationship at all with my friend, Cassandra…a reporter I admire. Retract now.

“There’s nothing like a book that has become a friend. You open it to familiar passages but still discover something new—an old idea takes on new meaning as the pages of your own life turn from one experience to the next. The book, with its worn edges, is an anchor and a guide.” — Denise McAllister, former contributor, The Federalist.

CNN’s Oliver Darcy: “The president of the United States is spending his morning retweeting InfoWars personality Paul Joseph Watson — someone who has built a career pushing conspiracy theories about things like Seth Rich, 9/11, chemtrails, etc.”

Paul Joseph Watson, formerly with Infowars: “This is manifestly false. 10 years ago I had some silly beliefs. I didn’t ‘build a career’ on them. I built a career calling out liars like you who work for CNN.”

Millie Weaver, Infowars reporter: “Given that Oliver Darcy once tried to work for Infowars it raises the question…Is he calling for Infowars to be banned as a personal vendetta? Or was his inquiry for hire an attempt to maliciously subvert Infowars?”

CNN’s Oliver Darcy: “Also striking that Trump is building up InfoWars while simultaneously publishing tweets that call credible news outlets like The Washington Post and The New York Times ‘radical.’ Truly the upside down!”

NOTE TO READERS: Darcy did not publicly respond to Weaver’s claim that Darcy once tried to work for Inforwars. But an informer told The Mirror that this is total “bullshit,” never happened and is a “flat out lie.”

“At a fundraiser in S.C. tonight, Joe Biden said he doesn’t want to get into nickname-for-nickname mud slinging with Trump but then called him a “clown” and a ‘no good S.O.B.'” — Jennifer Epstein, White House reporter, Bloomberg News.

“Really craving tacos but worried it might be offensive if I eat them today.” — Kat Timpf, NationalReviewOnline, on Cinco de Mayo.