New testimony concerning an Italian doctoral student’s 2016 disappearance in Egypt revealed that Egyptian authorities may have mistaken him for a British spy and killed him.

Italian prosecutors in Rome asked Egyptian authorities to turn over all information concerning the whereabouts of a particular intelligence agent in 2016 after receiving what they believe to be credible testimony that the agent confessed in 2017 to arresting and beating Giulio Regeni, a 28-year-old doctoral researcher from Cambridge University. The unnamed agent allegedly confessed that authorities arrested Regeni on suspicion of being a British spy, according to Italy’s Corriere della Sera. (RELATED: Vatican Investigates Decades-Old Disappearance Of Teen Girl)

“We thought he was an English spy, we picked him up, I went and after putting him in the car we had to beat him. I myself hit him several times in the face,” the agent allegedly said.

The Italian foreign ministry declared its support for Roman prosecutors’ demand for information from Egyptian authorities based on the witness testimony.

Authorities found Regeni’s body in 2016 on the side of a road, bearing wounds consistent with torture, according to The Japan Times. Egyptian authorities denied that intelligence agents had any involvement with Regeni’s disappearance and death, and initially claimed that he died in a traffic accident and later claimed that a group of local criminals killed him and that police killed them in a subsequent firefight. 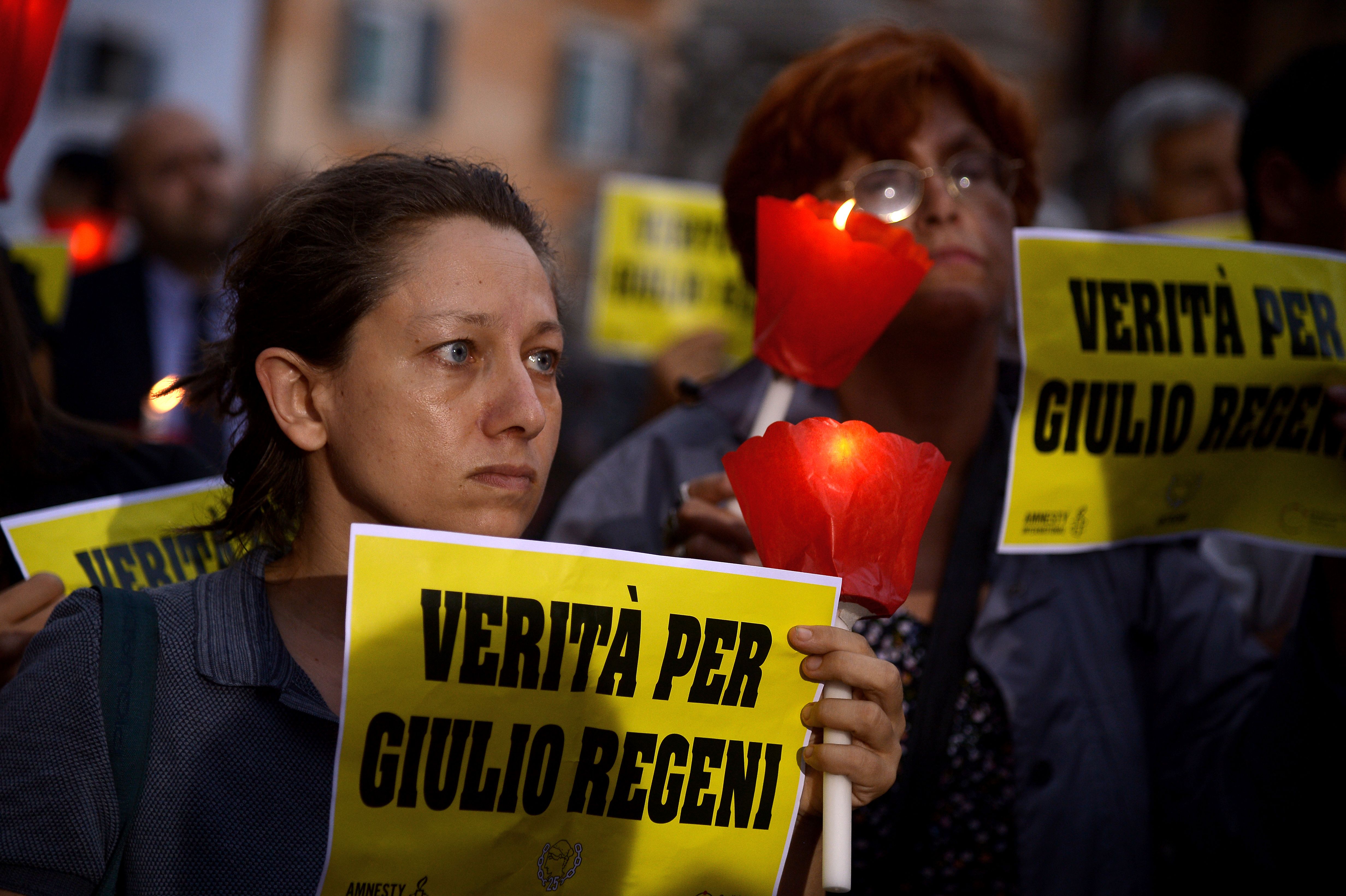 The new testimony comes from a witness who reportedly overheard an Egyptian intelligence agent speaking about the case in Arabic an unnamed African country in 2017. The witness knows Arabic, and decided to relay what they heard to the Regeni family lawyer, Alessandra Ballerini, who in turn relayed it to Rome prosecutor Giuseppe Pignatone and deputy Sergio Colaiocco. Pignatone and Colaiocco believe the testimony to be credible and said that it matches other evidence in the case.

The intelligence agent is also one of five individuals who Italian prosecutors began investigating in December of 2018 in relation to Regeni’s disappearance and death.  Authorities have yet to specify which individual the witness named, though the suspects are General Sabir Tareq, Colonel Uhsam Helmy, Major Magdi Ibrahim Abdelal Sharif, Mahmoud Najem, and Colonel Ather Kamal.