The New York Times Editorial Board admitted in an article published Sunday that there is, in fact, a crisis at the U.S.-Mexico border.

The opinion piece titled, “Congress, Give Trump His Border Money,” was quick to stress in a subheader that the money was not for the wall that President Donald Trump has so often touted as the largest piece of the border security puzzle.

“President Trump is right: There is a crisis at the southern border. Just not the one he rants about,” the piece began and continued with a series of claims about what the crisis at the border was not — namely a national security crisis involving imported drugs and crime. (RELATED: DHS: 170 Fake Families Separated At The Border In Just Under 6 Months)

The real crisis, according to the NYT Editorial Board, is humanitarian and has grown out of the lack of resources available to Border Patrol — resources that are being withheld from Trump largely because he has promised to use money allocated by Congress to continue building the wall. 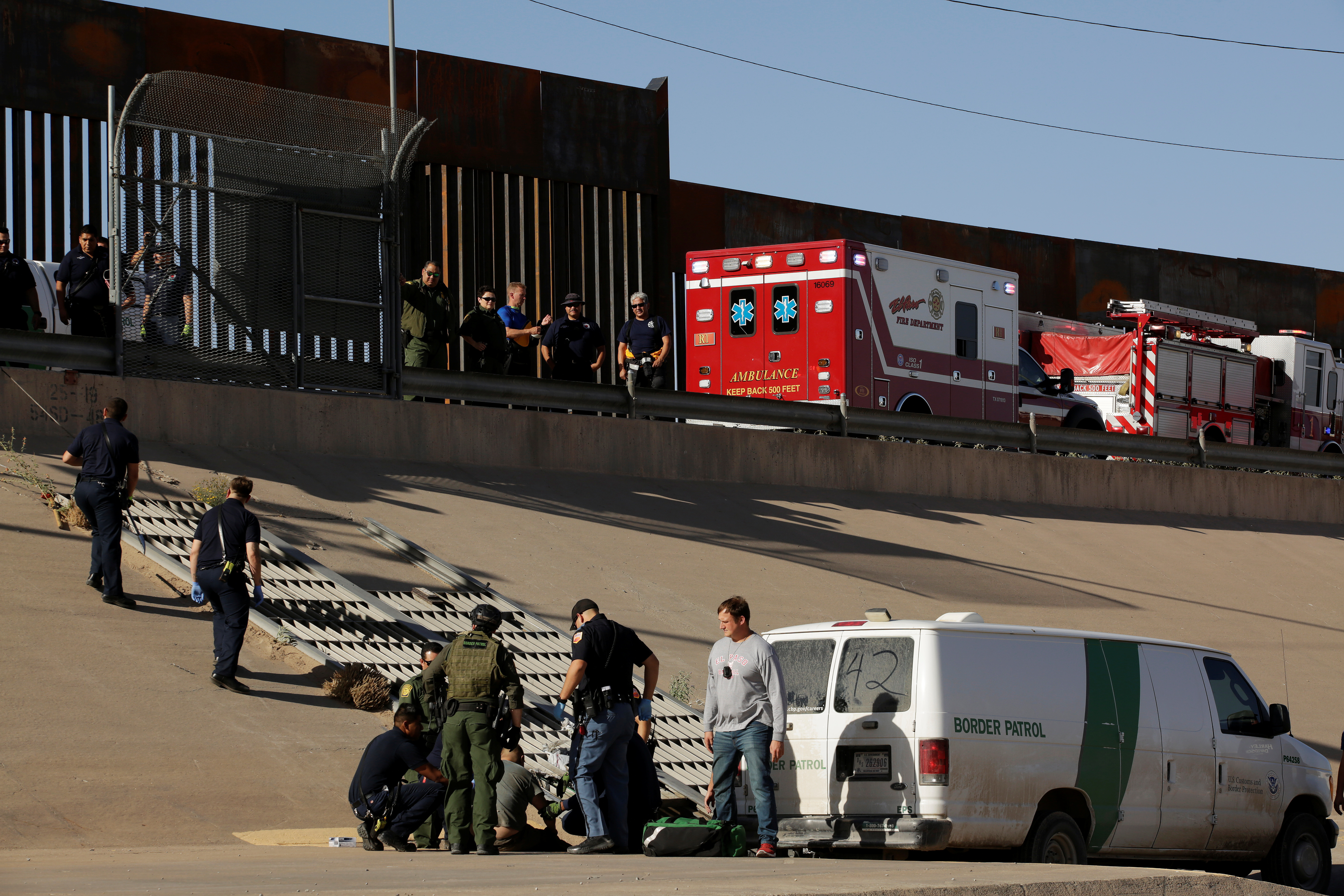 Paramedics and U.S. Customs and Border Protection (CBP) agents stand next to a migrant rescued from the sewer in El Paso, Texas, in this picture taken from Ciudad Juarez, Mexico April 30, 2019. REUTERS/Jose Luis Gonzalez

The Trump administration, citing information coming straight from CBP agents on the ground, says otherwise. According to CBP, the migrants coming into the United States in recent months are primarily children and family groups from Central American countries. The overwhelming number of these family groups makes vetting far more difficult and time-consuming, creating the ideal environment for “fake families” made up of drug smugglers and human traffickers to slip through the cracks.

The fact that they are not simply crossing from Mexico — but coming through Mexico from much farther away — also complicates repatriation efforts.

Where the NYT and the Trump administration agree is that the status quo is unsustainable. Border Patrol agents are already overwhelmed, and the influx of migrants is not showing any sign of slowing.

“Something needs to be done. Soon,” the board concluded. “Unfortunately, political gamesmanship once again threatens to hold up desperately needed resources.”