Queen Elizabeth learned to shoot as a princess with Winston Churchill’s Tommy Gun, loaned to the royal family as they prepared for the Nazi invasion, a documentary revealed Sunday.

The show told the little-known story of how Elizabeth, 14 at the time, and her younger sister Margaret, 10, were taught to shoot in Buckingham Palace gardens in London as the royal family awaited invading German paratroopers during WWII, according to the Daily Mail’s review.

The story, as told by Professor Richard Aldrich from the University of Warwick, was that when George VI refused MI6’s request to evacuate the family to Canada, he said, “I want to get my German. I want to at least kill one of the invaders and we will all fight to the last.”

“Well, really you need to able to kill more than one German,” former Prime Minister Winston Churchill reportedly responded, and then sent over his Tommy Gun for protection.

The entire royal family learned to use the weapon, according to the documentary. 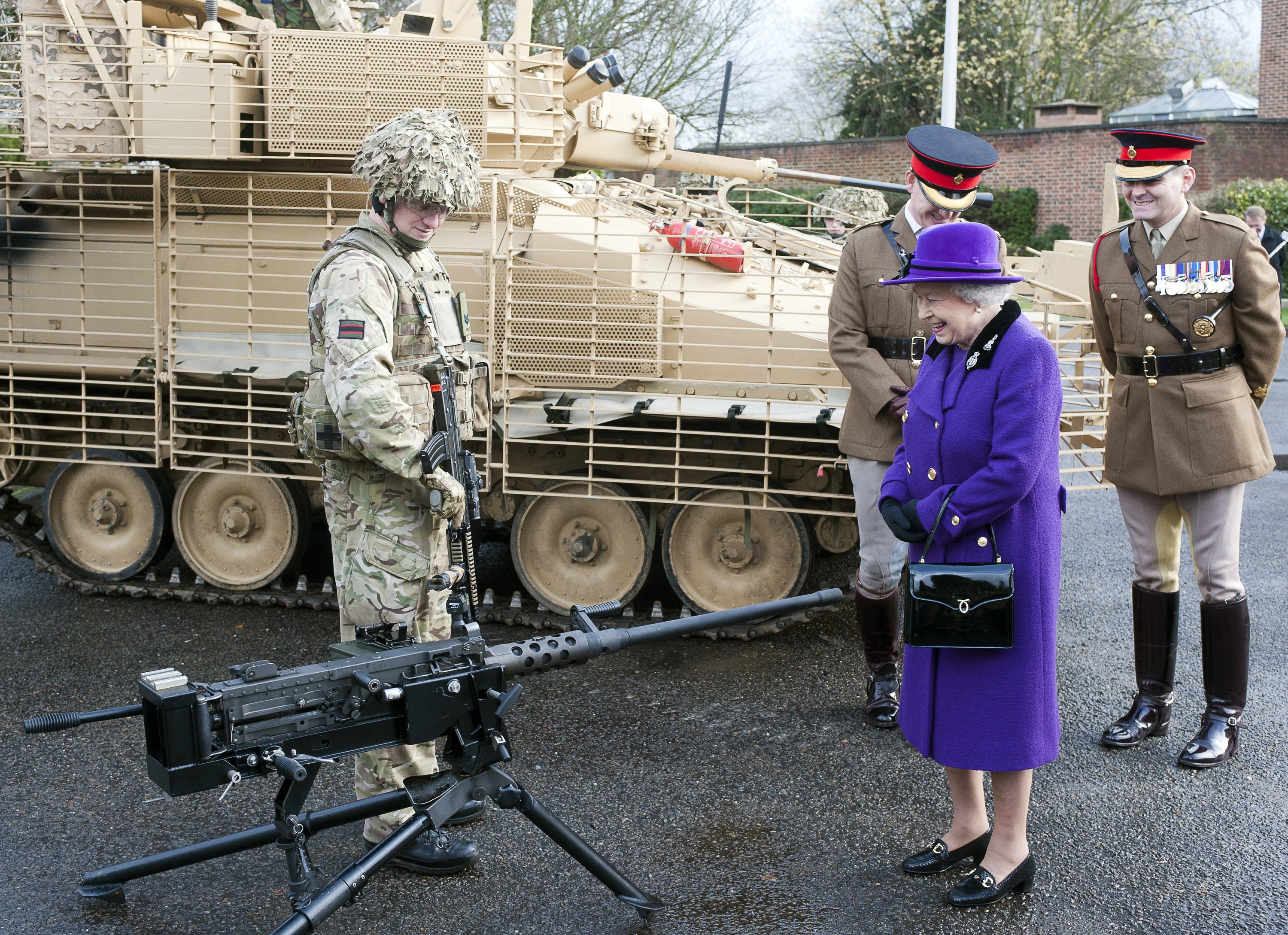 Queen Elizabeth II admires a machine gun as she meets members of the Household Cavalry at Combermere Barracks on November 26, 2012 in Windsor, England. (Photo by David Parker – WPA Pool/Getty Images)

“Queen Elizabeth did learn how to shoot a pistol in the gardens of Buckingham Palace,” Queen Elizabeth‘s cousin Margaret Rhodes told the BBC.

“I suppose quite rightly, she thought if parachutists came down and whisked them away somewhere, she could at least take a parachutist or two with her,” she added.

The documentary, which aired Sunday in the U.K. and isn’t available for viewing yet in the United States, also details King George VI’s active involvement in planning for the D-Day Landings, code-named “Operation Overlord,” which observes its 75th anniversary in 2019.