Can climate change worry hurt one’s mental health? That’s what CNN is claiming about “climate anxiety” and also linking to the election of President Donald Trump.

“With the Trump election, the change in my students, the sense of grief and fear and paralysis in the room, became palpable,” Wendy Petersen Boring, a gender studies professor at Willamette University, told CNN.

“Climate anxiety is real” and can be managed by taking part in a host of “green” fads, including going vegetarian with “meatless Mondays,” riding a bike to work and shopping with a reusable bag instead of a plastic one, CNN reported.

Whether doing any of these would work or not is up for debate, but linking climate change to mental illness is more common among mental health professionals. That’s not surprising given encouragement from the American Psychological Association (APA) and environmental activists to link climate change to people’s mental well-being.

“They have the opportunity to help guide our communities on a path of progress through clean, healthy climate solutions,” reads the 2017 guide. (RELATED: Trump’s Waging An Uphill Battle Against The Regulatory Deep State. Here’s Who Is Winning) 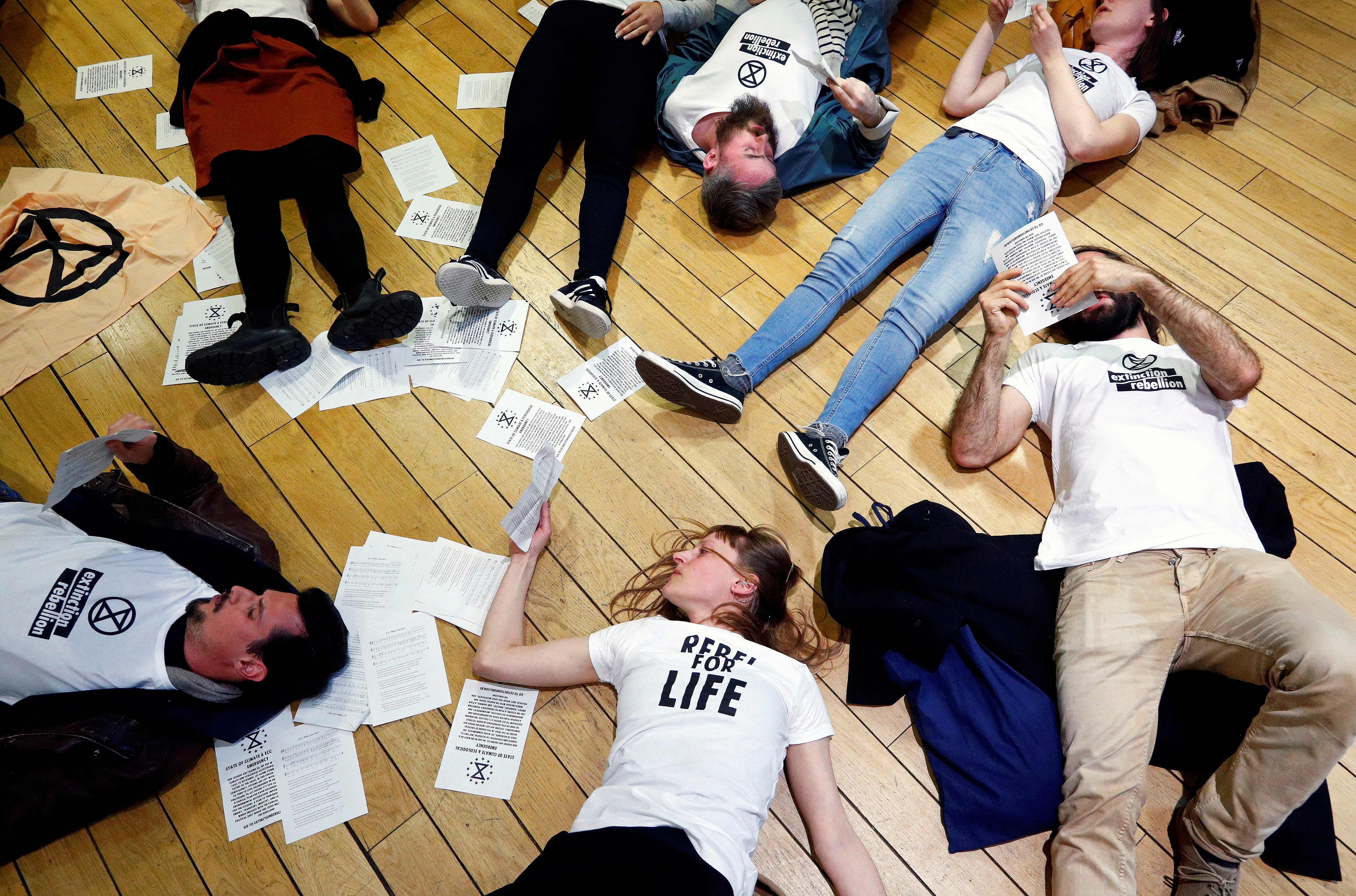 Climate activists of the Extinction Rebellion group lay down and chant slogans demanding more actions from EU governments during the annual Open Day at the EU Commission headquarters in Brussels, Belgium, May 4, 2019. REUTERS/Francois Lenoir

More notably, New York Democratic Rep. Alexandria Ocasio-Cortez said “young people” are questioning whether or not to have kids because of global warming

On one hand, young people today are bombarded with alarming headlines warning of an unlivable planet because of global warming. For example, reporters for months repeated the debunked warning of only “12 years left” to save the planet.

The United Nations made waves Monday in warning of an imminent ecological crisis and the accelerating collapse of the natural world — the same warnings the international body made in the 1980s. 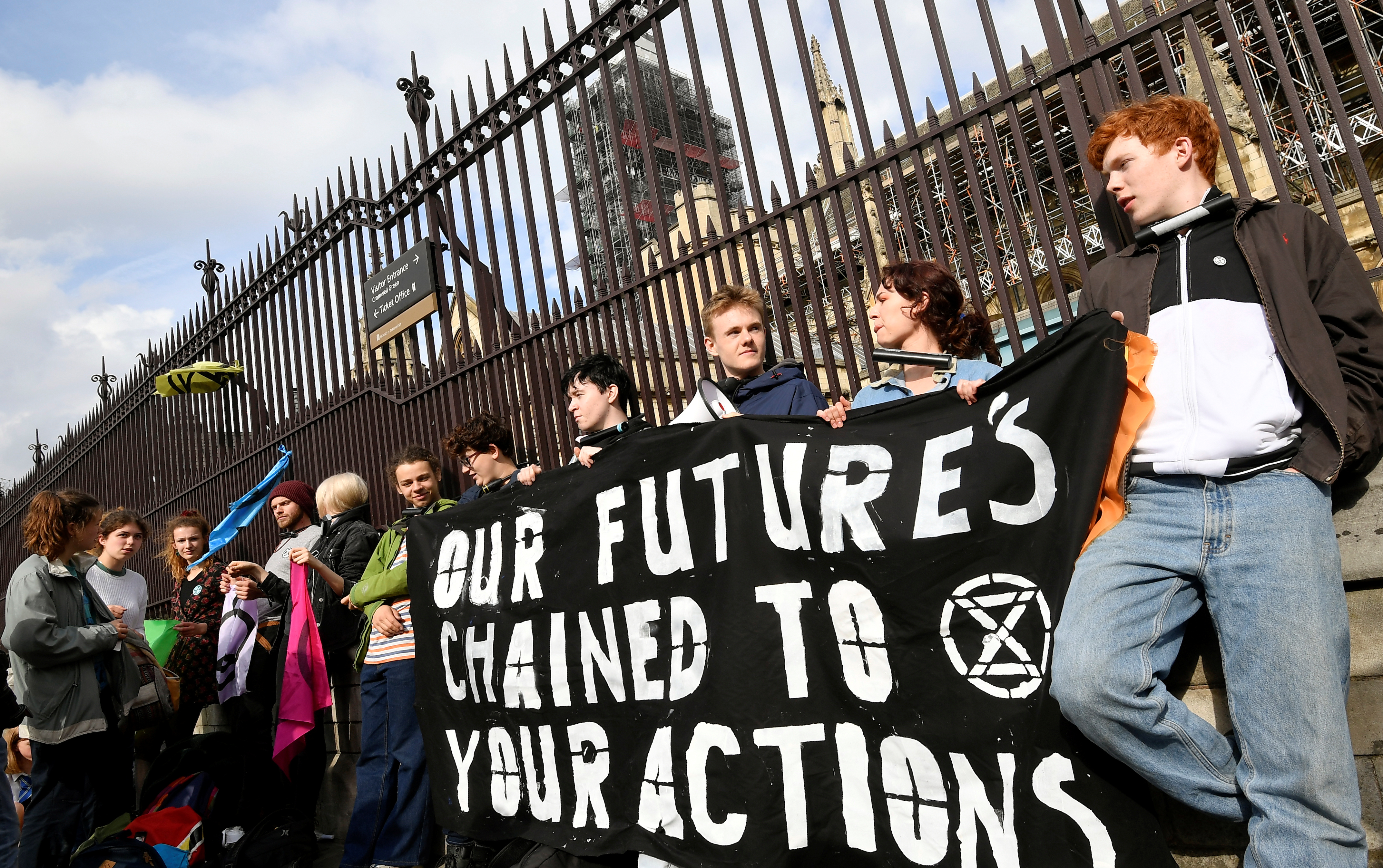 Climate change activists lock themselves at the gate of the Houses of Parliament during an Extinction Rebellion protest in London, Britain, May 3, 2019. REUTERS/Toby Melville.

CNN claimed higher temperatures “have led to more suicides and increased psychiatric hospitalization and have hurt our sleep.”

The APA wants psychiatrists and other mental health professionals to become climate activists. It’s a similar strategy taken by the Obama administration in 2015 when it asked medical doctors to “raise awareness” about global warming.